A wearable electronic device that can monitor glucose levels alongside vital signs adds another dimension to personalized health management. 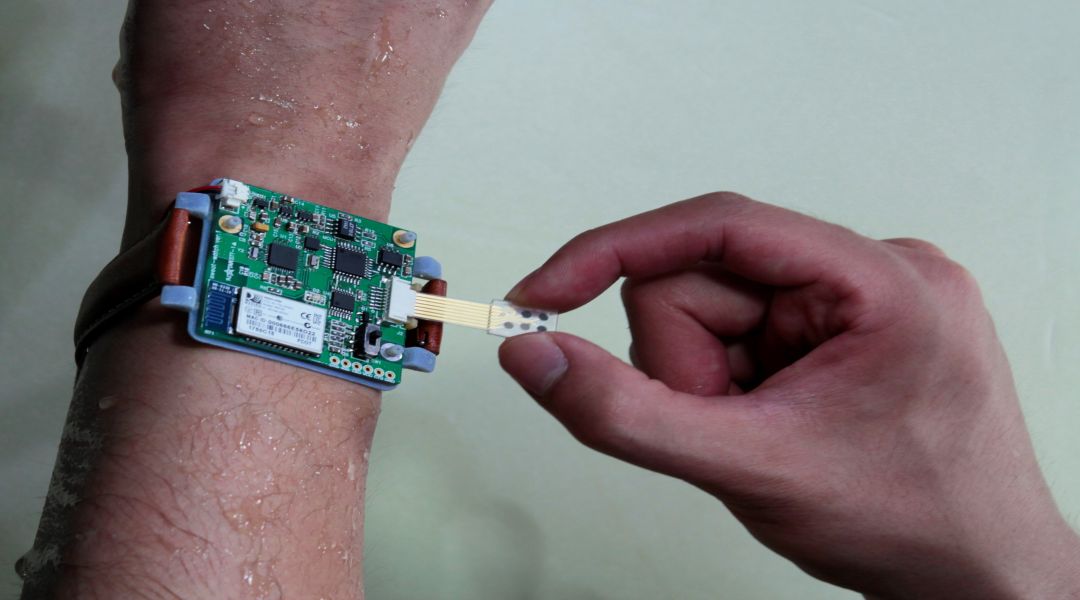 Wearable and mobile electronics have been revolutionary in providing a means for consumers to monitor their health on a daily basis and in a non-invasive way. Currently, devices are able to track physiological conditions such as heart rate, exercise activity, and sleep quality, but cannot measure biochemical information, which would be useful for managing various health conditions.

For example, a wearable device that could reliably monitor sugar levels would be convenient for those affected by diabetes. Particularly after intense exercise, hypoglycemia is a risk for diabetics. The typical way to measure blood glucose is by a finger-prick test, but since glucose is also present in sweat, sweat-based glucose sensors offer a non-invasive alternative. Sensors that detect glucose in this way have been developed but suffer from slow analysis time and unstable electrochemical measurement.

Prof. Dae-Hyeong Kim from the Institute for Basic Science and Seoul National University, along with his co-workers, have tackled this issue by designing a multifunctional wearable device that can monitor glucose levels and vital signs simultaneously. 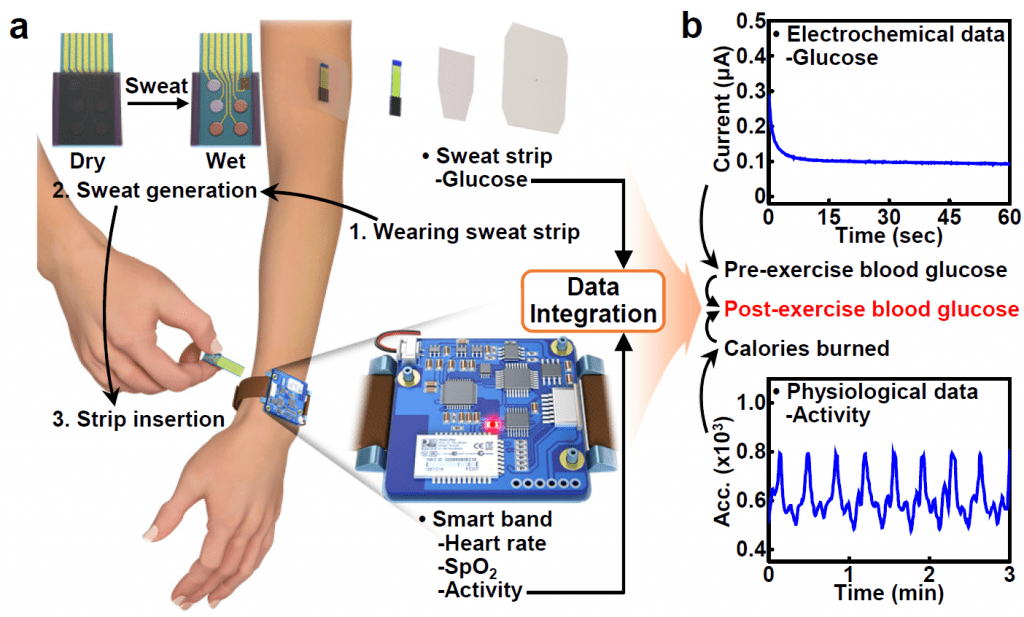 Their design integrates a disposable sweat-analysis strip with a wearable smart band for physiological monitoring of heart rate, blood oxygen saturation level, and other vital signs. This strip has a multilayered structure that serves to collect, visualize, and analyze the user’s sweat all in one.

To operate the device, the user first attaches the sweat strip to the desired area of the body (e.g., forehead) and wears the smart band on the wrist. When a sufficient amount of sweat is accumulated (during exercise or static activities, such as soaking in a hot bath), the hydrochromic layer of the strip dissolves, signaling the user to remove the strip along with its protective film and insert it into the smart band, which wirelessly transfers the acquired data to the user’s mobile device through Bluetooth.

To find out more, watch the video below or read the article here.