Russian scientists have made nanodiamonds with a higher concentration of nitrogen vacancy centers, with a better efficiency than was previously possible. 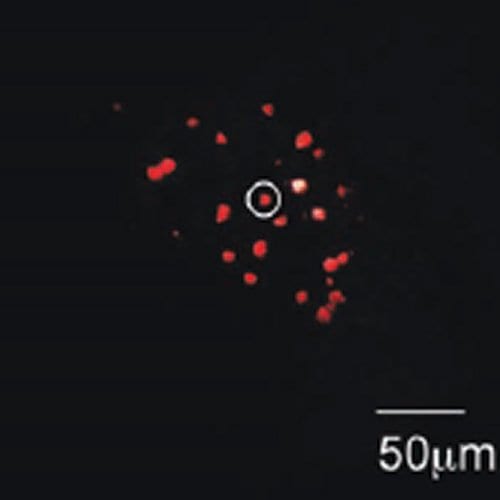 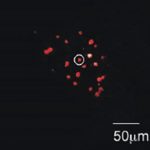 Diamonds that contain nitrogen–vacancy (NV) centers are sought after for their fluorescent and electronic properties. Russian scientists have made nanodiamonds with a higher concentration of NV centers, with a better efficiency than was previously possible.

An NV center occurs where a single carbon atom in the diamond lattice is substituted by a nitrogen atom with a lattice vacancy next to it; such centers are very well known and extensively studied. The NV centers can occur as the neutral NV state or as NV–. In particular this NV– state is of interest for applications in magnometers, biosensors, single photon sources, and quantum computers. NV– containing diamonds are the only solid-state material in which manipulation of the spin states of a single localized electron has been possible to date.

Most NV– containing diamonds so far have been created by irradiating bulk, micro-or nanodiamonds with ions, neutrons, or electrons. All methods involve expensive equipment and create a high concentration of defects that impairs the quality of the resulting diamonds. Although nanodiamonds as small as 7 nm diameter containing NV– centers have been created recently, the efficiency of this procedure is not generally high, and it would not be suitable for commercial production.

Now Pavel Baranov and colleagues at Ioffe Physical-Technical Institute and Kazan State University, both in Russia, have found a way to create high concentrations of NV– centers in nanodiamond for the first time. They used detonation nanodiamond (DND), which is a powder made by the detonation of trinitrotoluene (TNT) and another explosive, RDX. They sintered the DND under high-temperature (800°C) and high-pressure (6GPa) conditions for only a short time (11 seconds) and controlled the growth of the resulting particles.

The scientists were thus able to produce particles of 4-5 nm in size that contained up to 1% NV centers, and with a high proportion of NV– centers (one per millimeter cubed); this concentration is nearly three times higher than any previously reported and the particles are smaller too. Although they point out that current theoretical models cannot explain this high concentration of NV centers, Baranov and his co-workers suggest that the particular temperature chosen for their synthesis is key to the effect.

Because this new, efficient preparation method does not involve expensive equipment or starting materials, it may pave the way to new and more widespread use of diamonds with NV centers in current and new technologies.