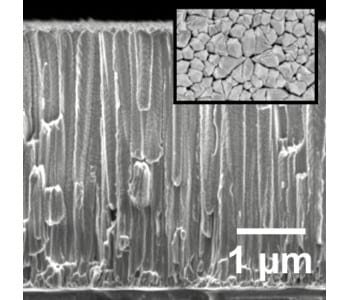 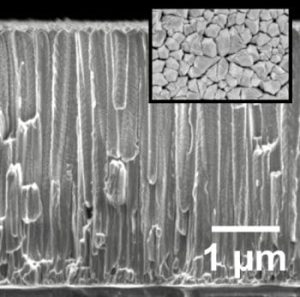 High-temperature shape memory alloys (HTSMAs) are materials that show actuation properties at temperatures above 100°C. These alloys can be utilized for development of actuators in energy, household, automotive, robotic and aerospace industries. Among these materials, Ti-Ta based alloys have recently received attention due to their excellent cold workability. They are also relatively cheaper compared to the previously reported HTSMAs (i.e. Ti-Ni-X (X= Au, Pd, Pt) alloys) with promising actuation properties. When fabricated as thin films, they can be employed as micro-actuators in micro-electro-mechanical systems (MEMS) in such applications as valves, pumps, grippers.

Room temperature fabrication of actuator thin films is of profound importance in MEMS applications. Possible reactions of the films with a substrate and film oxidation at elevated temperatures could degrade functional properties. To combat these challenges, a group of scientists at Ruhr Universität Bochum (RUB) and Ludwig-Maximilians-Universität (LMU) have fabricated Ti-Ta actuator films at room temperature by magnetron sputtering technique. These films showed an actuation response above 100°C suitable for high-temperature applications. They also demonstrated that actuator films can be fabricated on a wide variety of substrate materials (e.g. a polymer like kapton as a soft and fused silica as a hard substrate) which is also considered to be an advantage for applications in microsystem technologies. The actuation response of these films degrades by thermal cycling due to the formation of nanoscale precipitates (5-13 nm) which form at elevated temperatures. This degradation can be addressed by adding third elements like Al or Sn to the binary alloys, as reported in Ti-Ta bulk materials.