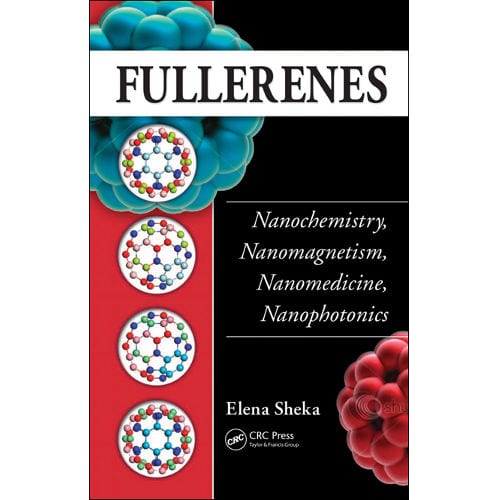 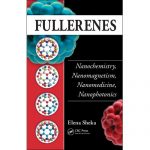 Fullerenes were discovered in 1985 by Curl, Kroto and Smalley. In “C60: Buckminsterfullerene” [Kroto et al., Nature, 318, 162 (1985)] they discussed the observation of a highly symmetrical molecule composed of 60 carbon atoms and having full Ih icosahedral symmetry. At the time this solved the mystery about the high probability of observing cluster sizes of C60 in a plot of the probability of observation vs. cluster size published in 1984 by Rohlfing et al. from the EXXON research laboratory. The most convincing identification of the C60 molecule came from the characteristic features in the infrared spectra of this molecule. The novelty of the structure and the interesting chemistry of this molecule produced an explosion of activity over the following decade. The invasion of the carbon literature by carbon nanotubes started in the early 1990s and for a brief time took center stage. Concurrently, fullerene research matured and entered a new phase with a large emphasis on applications, with relatively less publicity given to the developments in fullerene research.

The book by Elena Sheka on fullerenes thus comes at a time when a considerable amount of research has been reported in journals but little has been synthesized into a scholarly book form. This volume focuses strongly on providing a theoretical approach to the subject, giving strong emphasis to Russian work and in particular to the contributions to the field made by the author, Elena Sheka, who has a strong background in theoretical solid state physics and spectroscopy. Her own research spans many research topics but has in recent years focused on the vibrational spectroscopy of nanoparticles, computational nanotechnology, quantum calculations for fullerenes, carbon nanotubes and graphene.

This fullerene book is written for readers who already have considerable familiarity with fullerenes and is aimed mainly at an audience interested in calculations of fullerene properties. It is not written as a text book to introduce a newcomer to the field, nor does it review recent developments in the fullerene field and nor does it summarize overall research progress and product development for fullerenes in the last two decades. The opening chapters of the book lay the foundations for the later chapters of the book. A large number of terms and abbreviations are introduced early in the book and a glossary for these abbreviations would help the reader navigate through the text. The importance of electronic behavior and donor/acceptor doping is emphasized together with symmetry and broken symmetry. Early on, Sheka develops an unrestricted broken symmetry approach to the calculation of fullerene energetics in preparation for using her own approach to the calculation of physical phenomena connected with the doping of fullerenes by donor, acceptor and magnetic species, as is developed subsequently in the book. Spin considerations are incorporated into the book at an early stage. The basic icosahedral symmetry of fullerenes is emphasized and introduced at an early stage in the book and is built upon in later chapters. Some short coverage of the historical background of fullerene research is given. Emphasis is given to bond length calculations for single and double bonds and to a comparative discussion of results obtained using different calculational techniques. The reader will appreciate the good coverage given to Russian work in this field. The book introduces a continuous symmetry measure in terms of a mathematical function which allows an analysis to be made of the departure of each vertex of the C60 molecule from its theoretical icosahedral location. The use of such a function was new to this reader of the book and seems like an excellent, simple, and quantitative way to discuss departures for icosahedral symmetry that may be introduced by external perturbations, such as electric or magnetic fields, stress and strain imposed on the C60 molecule, intermolecular forces between fullerene molecules, the insertion of an external species into the fullerene to form an endofullerene, and doping by external species as discussed explicitly in the later chapters of the book.

The book then proceeds to consider the interaction of fullerenes with other chemical species, starting in Chapter IV, by laying down some principles involved in fullerene chemistry, while considering interactions with fluorine, the most strongly interacting species with carbon that often produces some unusual reaction products. The following chapter considers interactions with hydrogen which is the basis of organic chemistry and therefore is of great interest, particularly because hydrogen is also a special species regarding intercalation reactions. In this context it should be noted that hydrogen by itself will not intercalate into graphite, but requires a chaperon species to do so. The two additional chapters devoted to chemistry consider fullerene reactions with nitrogen in terms of amines and then with all other species. Two additional applications chapters on nanomedicine and nanophotonics will be of considerable interest to readers, especially the effort to relate the discussion on nanophotonics to chemical, medical and optical applications.

Carbon materials in general are not considered to be chemically reactive so the two chapters and concluding summary of this book is interesting in providing ideas from a theoretical standpoint to enhance the chemical reactivity of carbon nanotubes and graphene as well as composites of nanotubes and graphene that could have broader interest. Since the magnetism of graphene edges has been a hot current topic, it was of interest to see this topic included in the book. The size dependence of the magnetic properties of graphitic nanoribbones, according to width and layer number dependences, is a research topic of current interest as mentioned in the book. The comments about why Silicine (Si60) is not a stable molecule were very interesting to this reader, as were the discussions of BNC related fullerenes. The current interest in planar BNC inspired by BN/C graphene-related composites should give new stimulus to consideration of BN/C hybrid fullerene structures. This reader would have been interested in hearing more about the potential for fullerenes to be used widely in commercial scale energy-based applications, as in solar cells.

Mystery solved: The origin of the colors in the first color photographs
An Unsinkable, Spider-Inspired Metal
A Catalyst for Sustainable Methanol
Holey tubular zeolites!