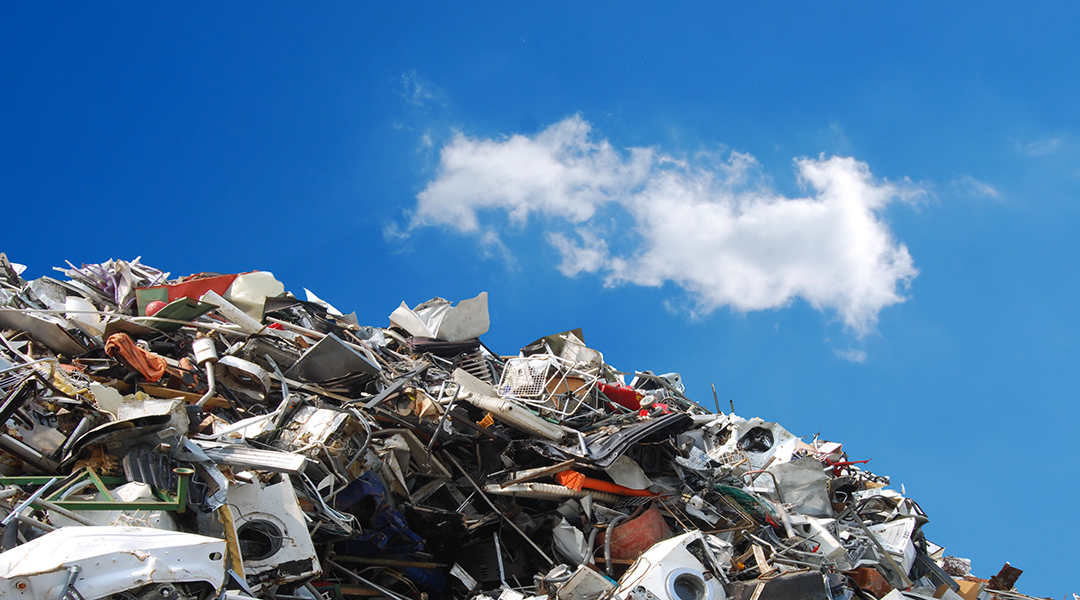 As the use of electronics grows and humanity’s reliance on technology burgeons, the need for rare earth elements that form an integral component of such devices also grows rapidly. As an example, the demand for one heavy rare earth element —  dysprosium  —  is expected to grow by 2600% over the next two decades.

An increased need for these materials is therefore accompanied by increased environmental risks.

One possible avenue to alleviate this demand and the accompanying risk to the environment is ensuring that these materials can be efficiently extracted from scrap electronics. This means developing an extraction process that is economically viable and scalable, something that currently doesn’t exist, which meansvaluable resources linger on the literal scrap heap.

Research published in the journal Advanced Engineering Materials demonstrates the performance of an energy efficient extraction process to separate and recover high purity rare earth oxides — a useful subsection of rare earth elements bonded with oxygen molecules — from permanent magnets contained  in discarded electronics, which were essential for the operation of the device during its lifetime.

The membrane designed by Ramesh Bhave, team leader at Oak Ridge National Laboratory, and his team is made from a plastic called polyprolene and filled with tiny porous holes called micropores that help filter the rare earth elements. The membrane is then encased in an individual module.

Its modular design and the fact that it is a single step process makes the rare earth element extraction technique developed by the team cost-effective and scalable for use in industry, meaning it could significantly boost the availability of rare earth elements for electronics.

The team says that the process they have developed can be made environmentally friendly, as well as providing a use for electronic waste.

“Rare earth elements have drawn urgent attention worldwide and have become strategically critical for the security of the global economy, energy, transportation, and communications,” said Bhave. “This is due to their rapidly increasing use in various advanced technologies, including hybrid and electric vehicles, wind turbines, mobile, tablets, personal computers, a wide range of devices with electric motors, and many other technological innovations.”

Making use of e-waste

Currently, when electronics are discarded, the permanent magnets contained within them find their way to landfills and remain there with their valuable rare earth elements going to waste.

“Based on the recent report by Electronics Take Back Coalition, about 31 million computers and 135 million mobile devices were trashed in 2010 as e-waste,” Bhave said. “The average yearly U.S. sales of computers, tablets, and mobile devices between 2013–2015 were 63, 83, and 154 million units, respectively, which likely contributed to a huge amount of e-waste generation. This corresponds to about 1,630 tons of magnets potentially recyclable just from consumer electronics.”

The extraction method tested by Bhave and his colleagues had been developed and refined in previous work published by the team, but this current study aimed to demonstrate the scalability, flexibility, and efficiency of the process by testing it at larger scales.

Because scrap magnets are demagnetized — to prevent the risk of fire — and are then shredded, a successful rare earth oxide extraction process needs to separate these materials from non- rare earth elements, such as iron, aluminium, copper, and zinc.

The purity of the recovered rare earth element achieved using this extraction method was up to 99% of weight with a yield as high as 95%. The extraction rate was over 10 grams of rare earth oxides per meter squared of raw magnetic material every hour.

The promising results are a decade in the making. “We started the rare earth element separation and recovery program about 10 years ago to meet the mission of the U.S. Department of Energy  to ensure the domestic supply of critical materials including rare earth elements,” Bhave explained. “This is the first comprehensive report on the recovery of rare earth oxides from scrap permanent magnets at a pilot scale of the rare earth element extraction method system.”

The team will now continue efforts to scale up the process they have developed as well as setting about demonstrating it “in the field” to see how it performs in real world conditions where it will have to be used if commercialized rather than in a more controlled laboratory setting.

In addition to this, Bhave pointed out that the rare earth element extraction process is improved on and made self-sustaining by the development of a technique for the treatment of wastewater used in the process. This allows water to be recovered and reused.

“The recovery of all the non-rare earth elementss and the reuse of the reclaimed water in the process make it essentially a near zero discharge process and support a closed loop circular economy,” Bhave added.

“These results suggest that the rare earth element extraction method process is an economically viable and environmentally friendly process for separation and recovery of rare earth oxidesds from electronic wastes,” concluded the team in their paper.