Recycling of Paper-based Electronics for a Sustainable World

Recyclable, paper-based electronic circuits that reduce pollution and save on resources. 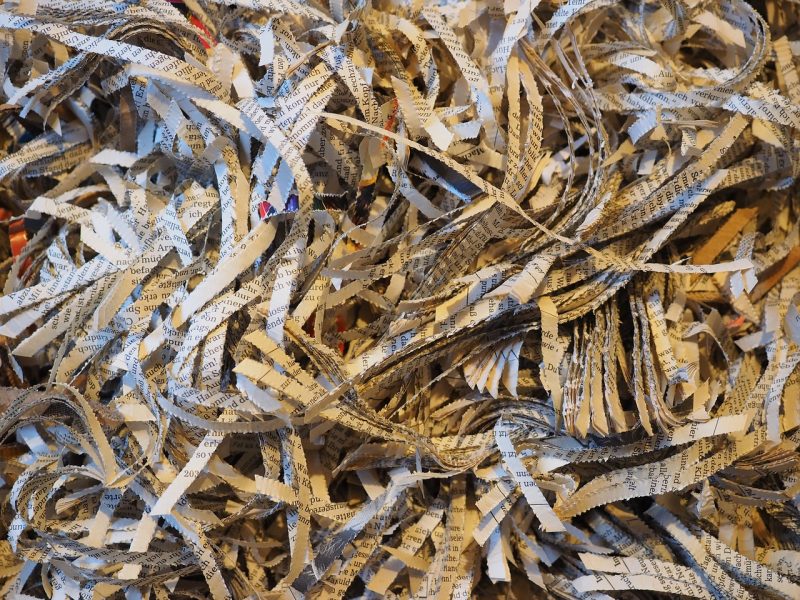 Recycling is essential to creating a sustainable world; yet, scientific research often does not focus on the life-time of devices or on the ability of the materials and components to be recycled.

With a recent shift in focus toward environmentally sustainable research, the groups of Prof. Run-Wei Li and Prof. Yiwei Liu from NIMTE have developed recyclable, paper-based electronic circuits that promises not only less pollution, but also savings on resources. 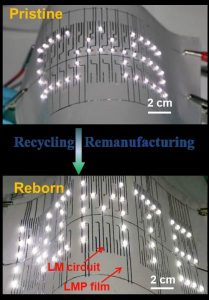 Flexible and wearable electronics have been developed for a variety of applications, but are only currently produced in low quantities in the lab. Mass production of these devices will make them widely available, but at the same time could cause similar environmental issues as traditional electronics.

Flexible devices can be developed on paper, including flexible circuits, sensors, and memories. The stability of paper-based flexible circuits can be improved by using different nanomaterials, such as silver nanowires, carbon nanotubes, or graphene. At the end of their lifetime, paper-based circuits can be simply burned, and the inorganic nanomaterials that cannot survive the high temperatures, like expensive silver nanowires, will be transferred into low-value particles in the furnace. Liquid metals such as a gallium-based alloys are a popular source of materials for flexible electronics due to their low melting point, high electrical conductivity, and high deformability.

Recently, the groups of Prof. Li and Prof. Liu have built flexible circuits on paper that showed very stable electrical characteristics under bending tests. The line width of the circuits was decreased to 10 micrometers by controlling the force applied during mechanical annealing of liquid metal particles. With these liquid-metal-based flexible circuits, an array of LEDs forming the letters “CAS” was prepared (see upper figure), which continue to emit light even during bending at various angles. Most importantly, a simple sonication process was used to recycle the liquid metal particles from the devices, which were reused in a second-generation LED array. The devices that were prepared from recycled materials were shaped into the word “NIMTE” (see lower figure), showing the same characteristics as the first-generation materials.

“Although these liquid metals have been used for many times, the characteristics of reborn sample almost shows no decay,” comments Prof. Li. “This is a great step for environmental-friendly flexible electronics.”