A new class of thermochromic supramolecular material has been designed, which is taking steps toward versatility, sustainability, and scalability. 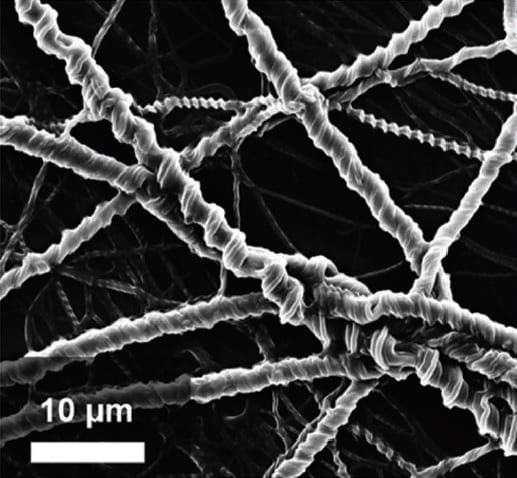 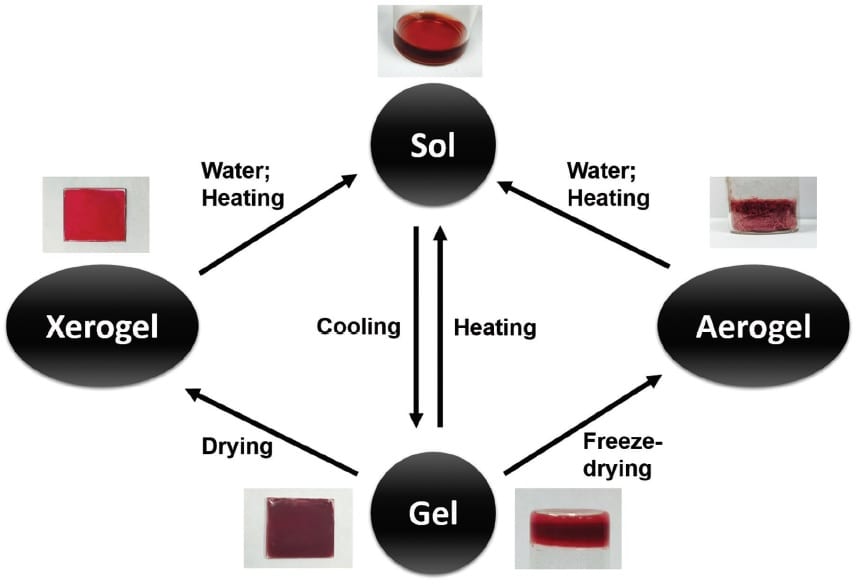 Schematic diagram illustrating the recyclability of the thermochromic material.

Versatility, sustainability, scalability: a mantra for the designers of new materials. While the sustainability and scalability of research processes tend logically to come into focus only after an initial success, giant leaps in versatility in particular are being made in the pages of Advanced Functional Materials.

Through a collaboration between Tianjin University (China), Texas A&M University (USA), and Los Alamos National Laboratory (USA), a new class of thermochromic supramolecular material has been designed, which is taking steps toward all three goals at once. Their material is based on a tetracationic bis-bipyridinium derivative acceptor host with a π-electron-rich naphthalene derivative donor and halogen counterions. It is colour-tunable, realised via a reversible and water-based sol–gel transition, and can be processed on a multi-gram scale.

“Long helical nanofibers can be assembled in water, gelating at room temperature,” write the authors. The host–guest superstructures can be dissolved and re-formed, attracting the term ‘recyclable’. Ten thermochromic cycles are demonstrated, between 20 and 80 °C. At the higher temperatures, the structures undergo a dramatic transition from deep red to yellow. 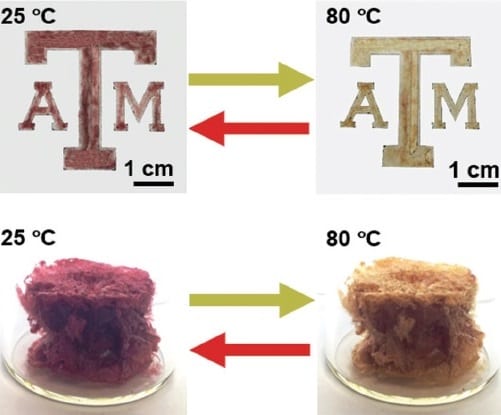 Photographs of a 1·4Br⊃DNP-DEG-based supramolecular materials inked pattern (top) and aerogel (bottom) at 25 °C and at the thermochromic transition temperature of 80 °C.

This solid-state thermochromism arises from control over the strength of competing charge transfer interactions upon hydration/dehydration of the ion pair within the structure, a phenomenon known to inorganic materials but less familiar for organics. The mechanism is explored in detail in the Full Paper available on the Wiley Online Library.

But these researchers weren’t quite done yet… they also developed a second complex with a more electron-rich donor, and showed that this too could be processed into thin solid films with a thermochromic transition (this time from green to yellow) demonstrating both the versatility of their method and the colour tunability of these supramolecular assemblies.

The authors indicate that the colour palette could be further developed at both room and elevated temperatures by exploring different combinations of acceptors, π-electron rich donors, and counterions.

Nanoscale antennas for optical data communication
Protein Biohybrids as a Toolkit for New Materials
Microcrystal robots that swim in water
Bending the world's strongest material ... on the nanoscale