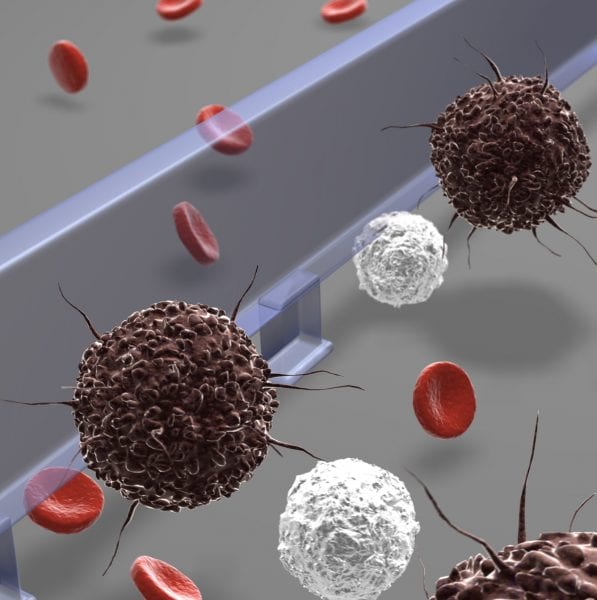 Many cancers produce malignant cells that end up in the circulatory system and, despite being present in very small numbers when compared to total cell populations, have the potential to be useful for both diagnosis and therapy. However, the rarity of these cells leads to challenges for their purification, quantification, and characterization.

Now a team of scientists from the Harvard Medical School and the Massachusetts General Hospital have developed a low-cost, rapid microfluidic cell sorter device that uses differences in cell size to facilitate the detection and molecular analysis of circulating tumour cells. The device employs a weir-shaped microfluidic structure to separate and capture the circulating tumour cells from unprocessed whole blood cells based on their size difference.

This new technology also allows on-chip culturing and molecular profiling of captured cancer cells, and provides easy cell retrieval for subsequent proteomic and genetic analyses. Using a mouse model of cancer metastasis, the authors were able to demonstrate the enrichment of the malignant cells from blood samples to unmask their cancer genetic signature. The rapid processing speed and versatility for downstream analysis of the platform lead to a wide range of potential applications in clinical cancer diagnosis.

Animations showing the device in action can be found in the Supporting Infomation for the paper:

The separation of two differently-sized microbeads with diameters of green and red beads of 7 and 15 μm, respectively.
Size-sorting of cancer cells and leukocytes where a leukocyte suspension is spiked with cancer cells.
The release of captured beads from the physical barrier.

The research was recently published in the new journal Advanced Healthcare Materials.

Predicting the behavior of macromolecules
From the Wiley archives: Preparing for emergencies
Fluorescent nanodiamonds successfully injected into living cells
Can AI solve the mysteries of photonic nanostructures?