An outlook to the forthcoming MRS Spring Meeting, to be held from April 6-10, 2015 for the last time in San Francisco, California.

While continental Europe is currently still in the hands of autumn-like or even wintery weather, we are now looking forward to (hopefully) sunshine and rising temperatures, the latter at least in the Moscone West convention center and surrounding hotels which will traditionally host the forthcoming MRS Spring Meeting from 6 to 10 April – in fact, for the last time in beloved San Francisco before it will move on to a new, still to be explored location in Phoenix, Arizona, from 2016.

The MRS program is always characterized by a dynamic shape with a changing spectrum of symposia, this time no less than 51 in number. Nevertheless the Spring Meeting exhibits a certain constant which is its strong focus on materials for all kinds of devices, e.g., electronic, photonic and many others. One common denominator of a large part of the program has clearly been, already for a number of years now, the area of energy, i.e. materials, devices and systems for photovoltaics, photocatalysis and water splitting as well as energy storage such as batteries and thermoelectrics. In particular, the covered range of solar cells will lead from good old but still ‘emerging’ silicon in Symposium A to the hottest of the newest, namely perovskites in Symposium C. Just two key presentations to mention are the invited talks A6.01 on silicon-based tandem cells by Martin Green of University of New South Wales on Wednesday at 10:30am and, unfortunately at the very same time, C4.05 on organic–inorganic perovskite cells by Henry Snaith, University of Oxford – so you will have to decide for one of these two worlds at least for now.

The second long-term buzzword at MRS and many other conferences is clearly nanomaterials, and despite of this having been an established field for years, if not decades, there are several new aspects. Co-chaired by the Grande Dame of nanocarbon and related fields, Mildred Dresselhaus, Symposium O now presents upcoming non-graphene two-dimensional materials. A crucial question is obviously the difficult preparation of such structures for which liquid-phase exfoliation appears to be a scalable technique, to be presented by Jonathan Coleman of Trinity College Dublin even in two talks, O8.03 on Thursday at 2:15pm and T12.01 for early risers at 8:30am on the same day, so make sure to attend one of these two opportunities! Symposium T is the event devoted to graphene and almost ‘classic’ carbon nanotubes where Rod Ruoff, now at UNIST in South Korea, will describe recent activities on novel carbon materials at his new institute on Tuesday at 8:30am (T3.01). Other important nanoscopic systems, explored in Symposium S, are semiconductor nanowires which now also meet graphene in talk S9.01 to be given by Hadas Shtrikman of Weizmann Institute, hopefully still well attended on Friday afternoon at 1:30pm. 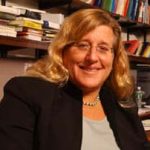 Moving on to ‘real’ applications of materials and devices in electronics and photonics and entering the double-lettered symposia section, here it becomes really difficult to propose any definitive collection due to the sheer number of contributions and large variety of topics. But let’s try nevertheless with just a few hints: David Awschalom, University of Chicago, will speak about the prospects of single spins in silicon carbide for quantum control and information (EE1.02, Tuesday 9:30 am) in Symposium EE. Matthias Wuttig of RWTH Aachen has been designing new phase change materials which, as always, promises to be an excellent presentation in Symposium Y (Y3.01, Tuesday 1:45 pm). And Karen Gleason of MIT uses chemical vapor deposition for polymer-based devices (BB6.01, Wednesday 1:30 pm), an invited talk in Symposium BB. 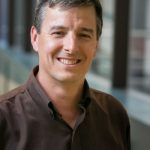 Time is running short to flight departure for California, so here comes just one suggestion from the soft and biomaterials field: John Rogers based at the University of Illinois, leading expert in the field of flexible devices, promises a future of soft injectable and conformable interfaces between electronics and the neural system. Don’t miss LL8.01 on Thursday at 1:30pm, and there will surely be much more on that in Symposium LL.

The fourth program cluster at MRS Spring is devoted to fabrication and characterization, and here several symposia come with a topical focus on oxide materials being relevant for many systems and applications, from sensors to spintronics and beyond. Prominent speaker in Symposium SS will be Hideo Hosono from Tokyo Institute of Technology, famous not only for his earlier discovery of pnictide superconductors but focusing in his talk SS12.02, Thursday at 10:30 am, on novel transparent (semi)conducting oxides. According to the current online program there is even a highly relevant invited talk which could be listened to twice during the conference: “Modeling of Materials, What Can and Can’t be Done” is the question to be answered in Symposium YY by Olle Eriksson of Uppsala University either on Tuesday at 1:30 pm (YY3.01) and or on Wednesday at 2:30 pm (YY7.03). As this is likely a technical mistake, please check with MRS when this talk is really going to be held.

Last but definitely not least, watch out for the three Symposium X lectures at 12:05pm lunchtime every day from Tuesday to Thursday at the Marriott Marquis. The letter X certainly stands for excellence but also for the unknown and unexplored territory of future materials research. Alexandra Navrotsky, Lionel Vayssieres and Daniel Vanmaekelbergh will present their views and expertise on energetics at the nanoscale, low cost energy materials and colloidal nanocrystals.

As every April, it will be very worthwhile to come to the MRS, so please take your time to find your own way through an overwhelming program at the forefront of global materials research, with an ever expanding spectrum of contributions from the US as well as many more from Asia, Europe and other parts of the world.