One-dimensional nanostructures like nanowires, nanobelts, and nanotubes attract considerable interest. However, common techniques to separate the nanostructures from the template can cause the structures to collapse. 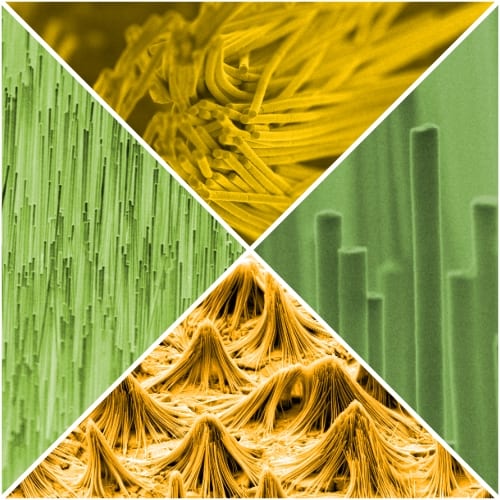 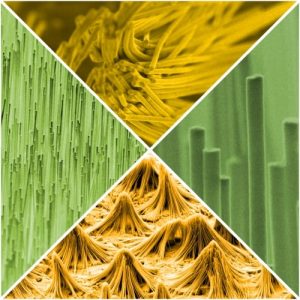 One-dimensional nanostructures like nanowires, nanobelts, and nanotubes attract considerable interest. However, common techniques to separate the nanostructures from the template can cause the structures to collapse.

In particular, vertical aligned arrays of semiconductive nanostructures with a high length/diameter aspect ratio opens up a broad spectrum of novel applications. Uniform and free standing assembly of nanostructures are promising materials for photovoltaic or light emitting applications, due to their well defined channels working as carriers. One of the cost effective methods to achieve nantoubes or nanowires with high aspect ratios (HARs) is the template deposition method.

However, any HAR structures synthesized using any currently existing template method have the major disadvantage of these methods occurring during the separation of the nanostructures from the template. The higher the aspect ratio of length and diameter, the more the nanostructures tends to collapse into wheat-like structures.

At the Darmstadt University of Technology, Germany, M. Böhme and Professor Ensinger developed a novel process to inhibit the mechanism of collapsing nanostructures synthesized by template-based deposition. They succeeded in the controlled fabrication of nanograss-like and free standing nanostructures with a high length/ diameter aspect ratio.