The grandfather of climate science, Milanković's theory of a complex feedback loop–driven climate would come to define the field. 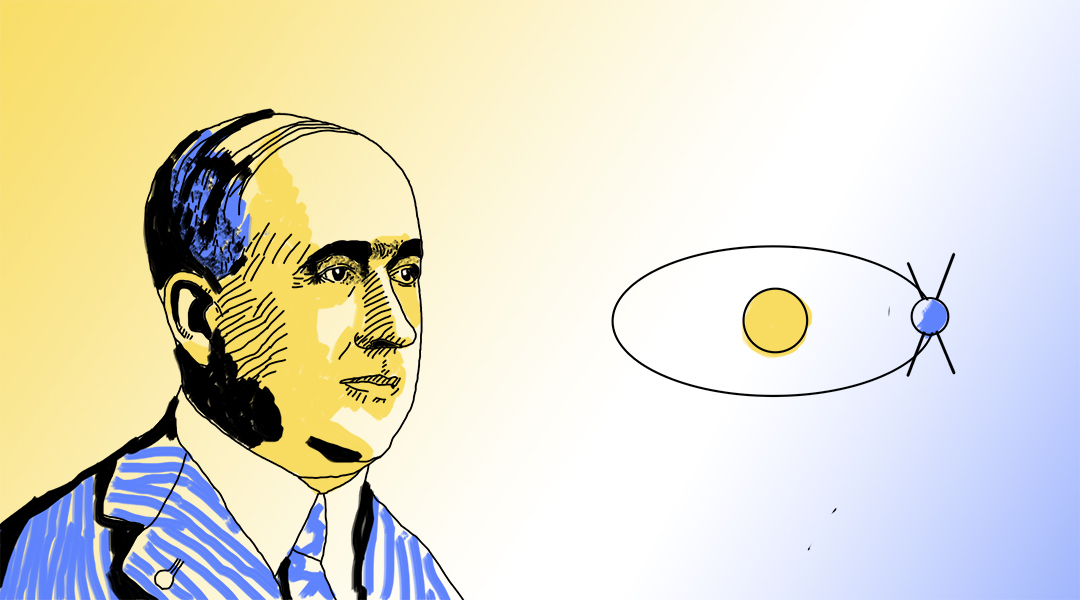 Milutin Milanković’s journey through life took more than its fair share of unexpected detours and tangents. Some of these diversions were well out of his control. Born in 1896 in a town on the border between modern day Croatia and Serbia, some of the major European events of the 20th century were simply inescapable. The more compelling tangents though were deliberate choices whose echoes can still be felt today.

The theoretical framework that Milanković developed for understanding climate change remains a key pillar in that field today. According to one biography, he chose the field since it was a “quiet research area that avoided the sorts of research questions that might lead to fierce competition between scientists”.

Setting out to understand the reasons for periodic ice ages over geological timescales, he happened to stumble across one of the defining questions of the coming century.

Milanković started his professional career in 1903 as an engineer in Vienna. He became an expert in reinforced concrete, an expertise which helped him rise through the ranks in the field, until in 1909 he was offered a position in theoretical mathematics at the University of Belgrade.

The work he did in Belgrade over the next decades lead to his geological climate change theory. When he started work in the field, there was no mathematical model that could account for the massive changes in climate required to start an ice age.

To understand the importance of Milanković’s contribution, a medium-depth dive into the state of climate science at the time is key. One of the most challenging hurdles was the lack of accurate data. Assessing historical changes in climate becomes much more difficult if the dates and duration of cooling and warming cycles lack precision. It was generally accepted by the late 19th century that the earth had been through ice ages in the past, but the dates were shrouded in uncertainty.

Imagine attempting to prove that you’re driving under the speed limit with a broken speedometer. Without clear dates for ice ages, assessing the accuracy of a theory that tries to explain the forces that cause them becomes quite difficult.

The first attempt to understand the forces responsible the ice ages came in 1842, when it was suggested that the precession of the earth’s axis of rotation was responsible.

As Earth goes through it’s 26 thousand year wobble cycle, the timing of the seasons changes as does their intensity. In 2021, seasonal changes are more intense in the northern hemisphere than they are in the southern hemisphere. In the year-of-our-lord 15 021 the inverse will be true.

The next new idea came in 1889, when James Croll added two more variables into the mix. The first is called the “eccentricity” of the earth’s orbit, a term that defines how different in shape the orbit is from circular. This deviation changes slowly due to the pull of gravity from the other planets in the solar system.

When Earth’s orbit is more circular, the amount of radiation that Earth receives from the sun is about the same across the course of the year. At its most elliptical, however, the Earth receives up to 23% more energy from the sun at its closest approach than it does at its furthest separation.

The second variable that Croll identified is called its “obliquity”. This refers to the angle of the earth’s axis of rotation. Every 41 thousand years, this tilt cycles between 22.1 and 24.5 degrees. When the tilt is more acute the seasons become more intense.

Of these three variables Croll thought that eccentricity was the most important. He reasoned that when eccentricity was greater, winters furthest from the sun would be colder, and more likely to lead to an ice age in the affected hemisphere. This would lead to ice ages every 22 000 years in alternating hemispheres.

Milanković spent 30 years developing and refining Croll’s ideas. He was able to describe them in more precise mathematical terms and alter the weighting that each variable received.

One of his most important insights was that the total amount of solar radiation received at the poles had a greater effect on global climate than that at the equator. He reasoned that when the poles were colder, larger ice sheets could form, setting up a feedback loop. The larger the ice sheet, the more sunlight would be reflected from the earth’s surface. This in turn would make the climate colder, creating a larger ice sheet.

He further reasoned that the radiation received at the pole itself would not have the biggest impact on climate because of its relatively low surface area. The region he selected for having the biggest impact on the ice age cycle was at a longitude of around 65 degrees north. This region has a large area, is relatively close to the north pole, and unlike the equivalent region at the south pole, it’s largely land, which warms and cools much faster than the water in the south.

All three variables were included in the calculation, which generated quite a complex curve. Perhaps unsurprisingly though, the periods of the obliquity, eccentricity, and precession cycles were all represented as the curve passed through warming and cooling cycles.

Milanković predicted that the cycle of major ice ages over the last 600 thousand years would largely follow this pattern, a theory that would not be tested until decades after his death.

In 1976, a team of scientists examined the oxygen 18 isotope levels in layers of sediment found in the ocean. The theory here is almost comically simple. Oxygen 18 is heavier than the more common isotope and as such, there’s more dissolved in the ocean when it’s cold.

In the 50 odd years since this experiment, more powerful technologies and different techniques have mapped the course of ice ages over the last 5 million years. These have found that ice age rhythms follow 22, 44, and 100 thousand year beats. The 22 and 44 thousand year cycles matching those predicted by Milanković.

These curves show that over 5 million years, complex feedback loops have converted tiny changes in the Earth’s orbit into climate change on a massive scale. Carbon dioxide currently makes up around 0.04% of the atmosphere, at the beginning of the industrial era it was 0.03%. On a first reading it seems faintly ridiculous that changes on this scale could cause a climate emergency, but Milanković shows that on a global scale, changes don’t have to be big for your local Woolly Mammoth population to start struggling.

Celebrating his honeymoon in his hometown of Dalj in the summer of 1914, Milutin Milanković was arrested due to his Serbian citizenship, and held as a prisoner of war for 5 years. On his return to Belgrade he is quoted as saying, “After a comfortable 3-day cruise down the river Danube, I arrived to Belgrade on March 15th 1919, thus completing my exciting five-year wedding trip”.

This would not be the last unexpected detour of his life or his work. While he was not arrested during the second world war he did withdraw from public life. But despite the European chaos, Milanković published the final version of the cycles that now bear his name in 1941.

While there are still fierce debates in the field of climatology about the accuracy of the cycles, the basic theory behind them is now taken as a central pillar of the field. A system as complex as the Earth’s climate can be easily altered by tiny variations in conditions. This bedrock gave his community no less than a common language could be used to understand and slow the climate emergency facing the generations to come.