Pioneers in Science: John B. Goodenough

We take a look at John B. Goodenough's life and career, which were shaped by some of the defining events of the last century. 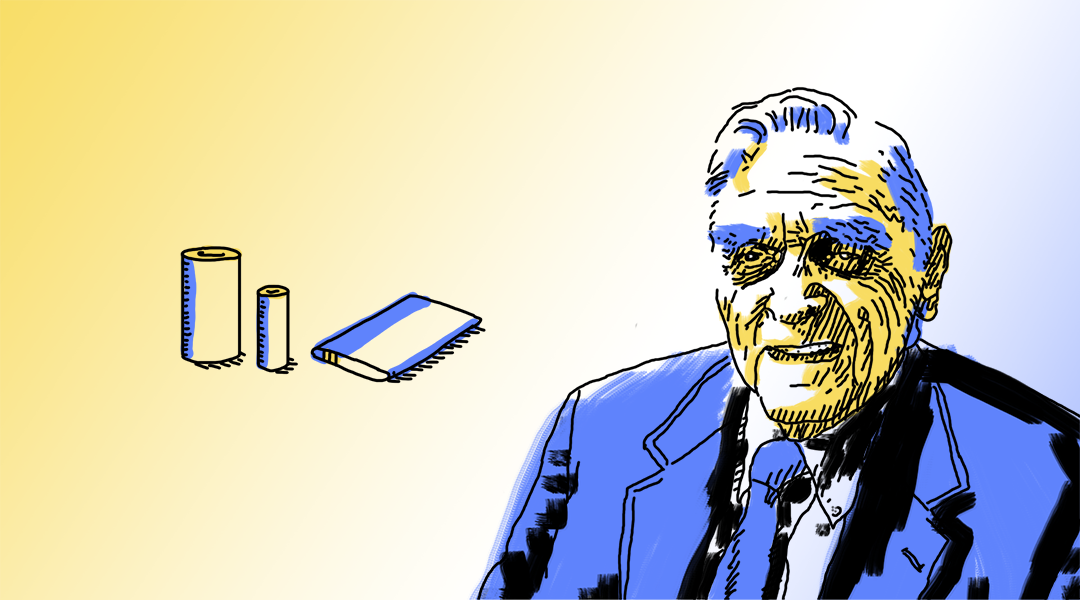 In the wake of recent protest movements around the globe, many universities and academic publishers have acknowledged their own past failures and have pledged to develop new policies that address these shortcomings. This has lead to calls in some circles for the politics to be taken out of science.

However, a cursory glance at the history of science shows that it has always been intimately entwined with politics; sometimes to its detriment, but not always. One thing that becomes immediately apparent when looking at the career of a figure like John B. Goodenough is the complex and nuanced impact that politics and world events can have on the path of scientific discovery.

Over an 80 year scientific career, Goodenough’s research directions were, at a number of key junctures, influenced by the prevailing political winds and the conflicts that these created. These political shifts catalyzed breakthroughs in lithium ion batteries, devices that are helping the global community tackle the climate change emergency, and led to his Nobel Prize in Chemistry in 2019.

Goodenough’s career in science began in 1943, when on completion of his undergraduate studies in mathematics, he immediately volunteered for service in the second world war. During this time, he provided weather forecasts that were used to plan flights across the Atlantic. Memorably, in one instance his modelling was responsible for landing Eisenhower in Paris within 6 minutes of his ETA.

When the war ended, the U.S. government offered funds for veterans to go on to post-graduate study. He took up an offer to study for a Ph.D. under solid-state physicist Clarence Zener at the University of Chicago. His doctoral work focused on the ways in which metal alloy structure changes as electric current passes through it.

For his post-graduate work, Goodenough moved to the Lincoln laboratory where he began investigating the magnetic properties of transition metal oxides. His seminal work during this period led to the formulation of the Goodenough-Kanamori rules — the 1955 paper in which these rules were proposed for the first time has over 2700 citations.

These rules relate to the mechanism by which magnetic coupling occurs between cations in a material (a detailed and accurate description of the rules was also recently presented in this manuscript). In simple cases, these rules allowed predictions to be made about the magnetic interactions between cations in crystal lattices. These predictions had a massive impact on the emerging research into random access memory and two groups of materials that have gone on to have a very interesting body of research dedicated to them; spinels and perovskites.

Spinels have found application in various branches of catalysis and in the development of battery cathodes. The properties of these structures depend on the distribution of cations through the crystal lattice. In the 1950s, Goodenough worked on these specific structures, seeking to understand the distribution of cations, and in the process developed the concept of “semi-covalent exchange”. This concept allowed for a much deeper understanding of the properties of these materials, laying the groundwork for future developments.

Perovskites have most famously found application in the last 10 years in experimental solar cells. While Goodenough-Kanamori rules had an impact on the development of the field, Goodenough himself did not become directly involved until the 1990s. His work since then has sought to elucidate the properties of various members of the family.

Goodenough stayed at the Lincoln laboratory for around two decades. In the 50s and 60s he focused on fundamental research, but in the 70s things changed dramatically. In response to the energy crisis, the U.S. government implemented a new policy which mandated that federally funded institutions, like the Lincoln laboratory, must be able to demonstrate specific applications for their work. As a result, Goodenough switched his focus to energy storage projects.

He began work on materials that used sodium ions for energy transfer. One of the families of materials he directed his attention to, the NASICONs, are still widely used in today’s sodium-ion batteries. This work was interrupted though when the Lincoln laboratory again changed its research objectives. The new policy stated that all work must support the air force. In response to these changes, Goodenough began the search for a new position.

In 1976 he was invited to lead the inorganic chemistry lab at the University of Oxford, a position that he held for around a decade. During his tenure, he developed a new material for use as a cathode in Li-ion batteries, LiCoO2.

LiCoO2 represented a massive leap forward in battery technology. Earlier prototypes of Li-ion batteries used cathodes that were either dangerous or could not deliver the required voltage for a usable battery. The new material addressed both of these concerns, and lead to the first commercialized Li-ion battery a little over 10 years later.

It was this work that was recognized by the Nobel committee in 2019. Goodenough was awarded the prize alongside Stanley M. Whittingham and Akira Yoshino. Whittingham developed the prototype Li-Ion battery in 1974. Goodenough’s cathode gave it the voltage required for commercialization, and Yoshino developed an anode which prevented short circuits after repeated use.

Goodenough returned to the U.S. at age 64 to take up a position as the Virginia H. Cockrell Centennial Chair of Engineering at the University of Texas, a position that he holds to this day. In the decades since his move he has made contributions to solid state batteries, Li–S and Li–Air batteries, and has continued to work on sodium-ion batteries, even dabbled in potassium-ion batteries.

For a man with a Nobel Prize in Chemisty, John B. Goodenough’s early career featured a great deal of physics. Goodenough himself addressed this observation in 2016, saying,

“I like to think that part of my heritage is that I contributed to the wedding of physics and chemistry. I did not do it alone, of course. We are moving inevitably, inexorably, to interdisciplinarity between physics and material chemistry.”

This fusing of materials science and physics in Goodenough’s career was brought about, in part, by the changing priorities of the U.S. government and it’s response to global events. The responsiveness of science to politics in this context should be celebrated; without it, today’s portable devices, solar panels and electric cars might look very different. No scientific career takes place in a political vacuum, and examples like John B. Goodenough show us that this is not necessarily a bad thing.

This essay is indebted to three main resources. For the biographical details, the work of Bea Perks and Helen Gregg, and for the science, Karim Zaghib and co-workers.