Researchers from China present a ferrocene-grafted photochromic triad that can act as multifunctional switch. 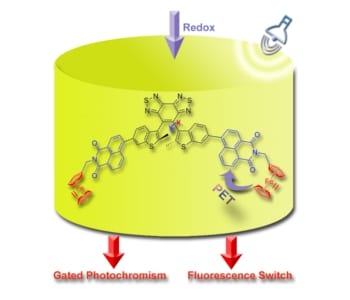 Researchers from China present a ferrocene-grafted photochromic triad that can act as multifunctional switch. Its fluorescence properties as well as its photochromism can be modified with chemical or electrochemical redox reactions. 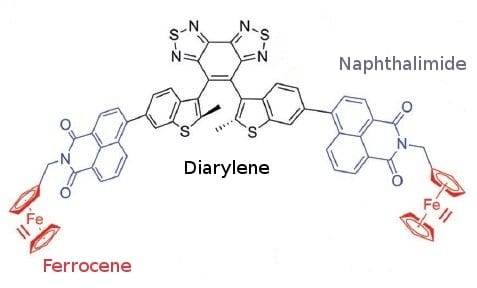 Photochromic molecules and materials change their absorption spectra upon irradiation. This property enables their utilization in applications such as molecular switches and sensors. Diarylethenes show photochromism due to switching between their open and closed form via photocyclization and cycloreversion. The closed form is generally colored, while the open form is colorless. They are widely used to study photochromism because of their fatigue resistance, and since the color change cannot be achieved thermally. 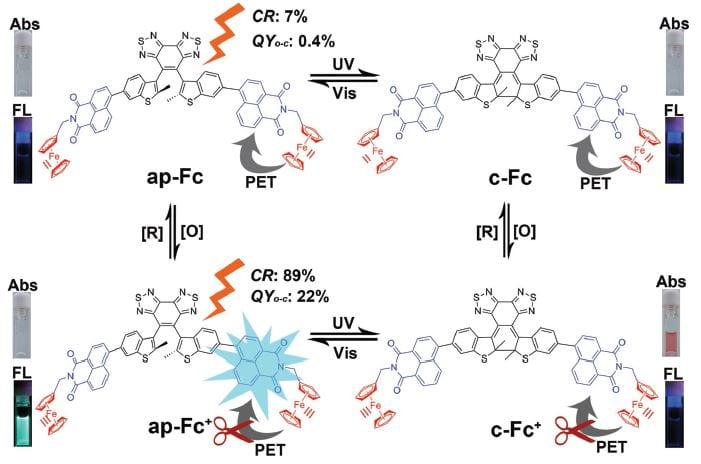 Multiple states and switching mechanism of the photochromic triad.

With their photochromic triad, the authors develop a system that can be manipulated by light, chemical, and electrochemical stimuli. They propose that this multi-addressable triad can be a platform to develop multifunctional molecular switches and multiresponsive materials.