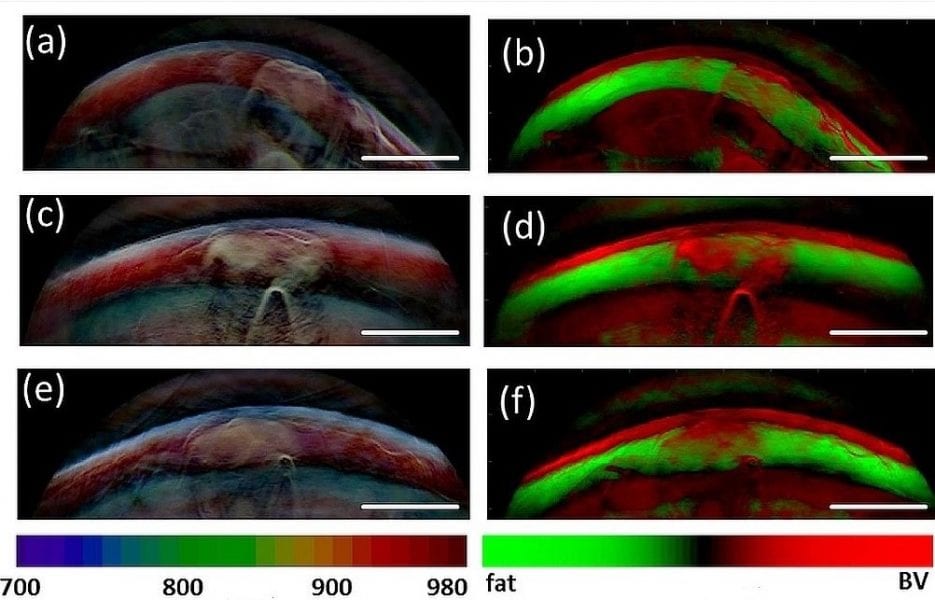 Lipomas are the most common benign soft tissue tumors and can develop in any fat-containing region of the body. They often develop right under the skin but can be also found in deeper locations. Lipomas form easily deformable soft tissue masses that may grow to sizes of several centimeters and are generally painless but, in some rare cases, fatty tumors can be malignant liposarcoma; a rare type of cancer. 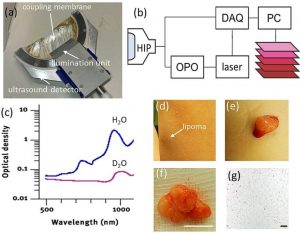 Clinical examination based on palpation alone is often insufficient to identify the nature and origin of the mass, in which case imaging becomes necessary. Ultrasound imaging is the method of choice for lipoma imaging, due to its widespread availability and low cost compared to other radiological modalities. But there’s a difficulty with this: the sonographic appearance of superficial lipomas can vary greatly and as a consequence, identification of lipoma in ultrasound images and distinction from other soft tissue masses may become ambiguous.

They optimized the imaging system to allow imaging of fatty tissue, devised a pseudo-color representation scheme for the multi-spectral data and conducted a pilot study on human lipoma on volunteers. The primary goal was to gain preliminary confirmation of the feasibility of lipoma MSOT as representative of soft tissue masses. The present study suggests that MSOT can be an excellent complement to ultrasound. Whether MSOT could ultimately replace ultrasound is an entirely different question but therefore clinical application of hybrid MSOT and US together can yield highly complementary information, potentially improving diagnosis of subcutaneous lesions.