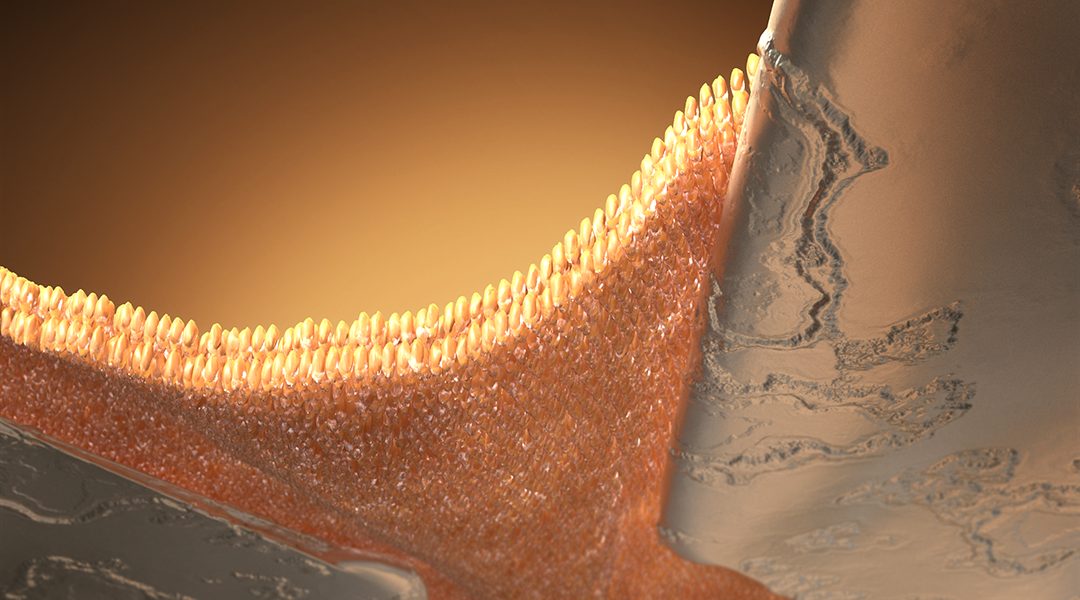 The last years gave rise to the investigation of several organic semiconductor materials. They promise easier and cheaper fabrication without the need for seldom elements at very good electrical quality. This allows for large-scale production, even via printing processes. Inherent properties such as their flexibility make them promising for the application in new electronic devices such as displays and sensors.

Up to now, a precise characterization of the materials’ properties was difficult. Organic semiconductors were always mounted on top of a supporting substrate. The substrate itself, as well as the emerging interfaces, then influenced for example charge carrier mobility, which could influence and distort the natural processes inherent to the material.

In their experiments, the physicist Weitz and the chemist Hartschuh were able to fabricate organic semiconducting films of only two to three layers of material but spanning several hundreds of nanometers without a supporting substrate. In contrast to inorganic semiconductors, their crystal structure is stabilized by van der Waals forces.

Such bonds are at least two orders of magnitude weaker than covalent bonds.

The goal of the scientists was to realize highly ordered organic electronically active films, which are as thin as possible and completely isolated from their environment. Temperature-dependent charge transport measurements confirmed electrical decoupling.

Up to now, freely suspended, few-nm thin semiconductor films with purely van der Waals bond-mediated stability have not been realized and hence are not studied. Their freely suspended semiconducting films are the first of their kind and allow the detailed study of the charge transport processes within the film.