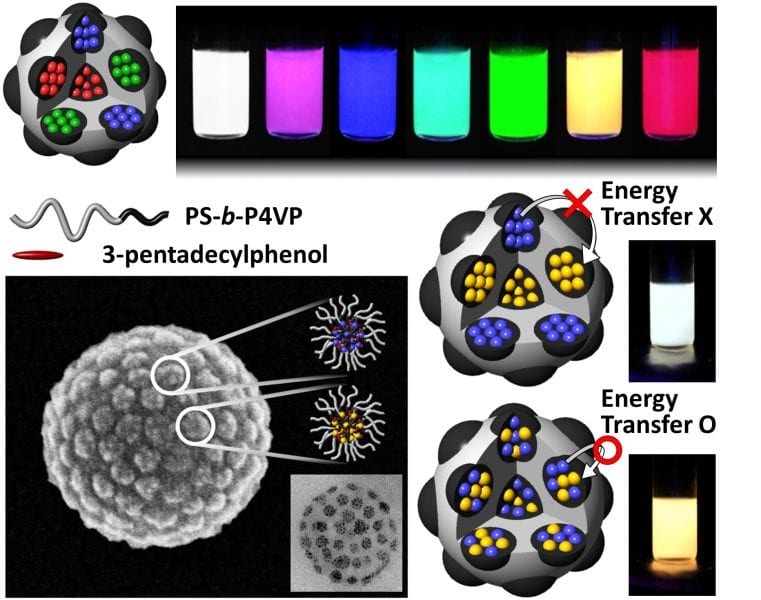 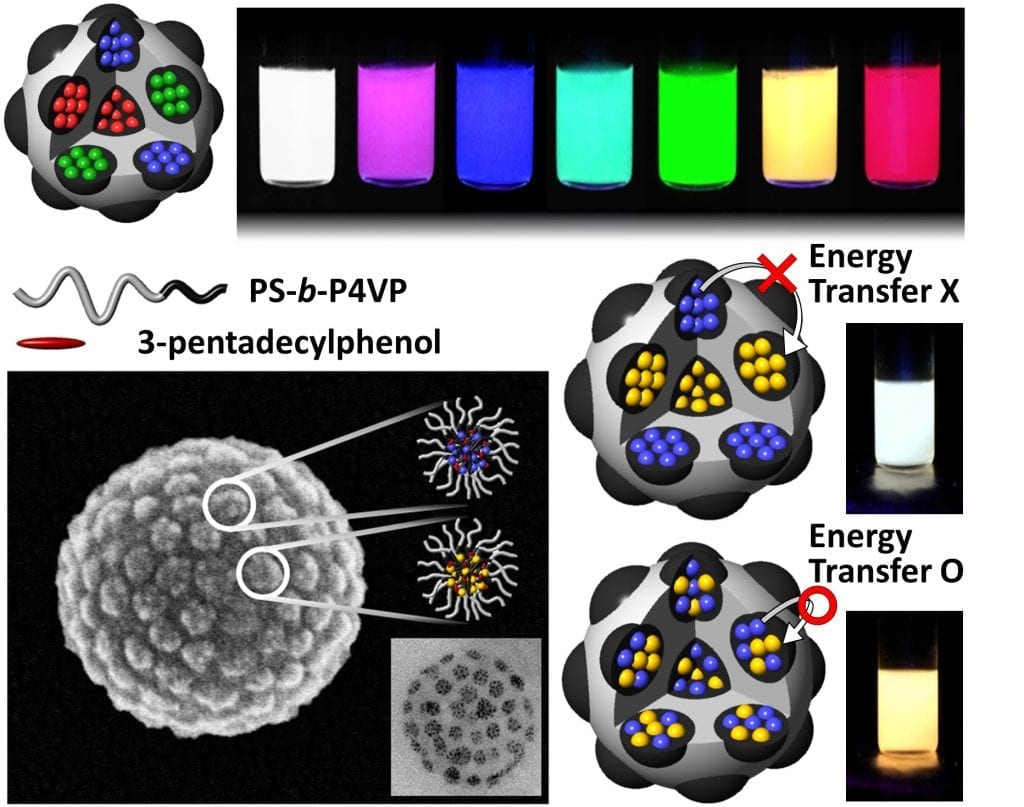 Control over the physical placement of quantum dots inside block copolymer microspheres has allowed researchers from Korea to control the combined emission characteristics of different types of quantum dots, without any undesired Förster resonance energy transfer.

Quantum dots—semiconducting nanocrystals which show quantum confinement effects—emitting different colours were incorporated into block copolymer colloids, using a small molecule linker to ensure that the dots would be incorporated via hydrogen bonding. In this way, post-synthetic surface modification of the quantum dots could be avoided, allowing them to maintain their original emission character and intensity.

When both blue- and orange-emitting quantum dots were incorporated into the same micelles, Förster resonance energy transfer (FRET) occurred from the blue emitters to the orange emitters, producing an overall orange emission colour from the microspheres under UV irradiation.

The micellar corona was larger than the Förster radius, however, such that when quantum dots with different emission colours were isolated in separate micelles, FRET between the different coloured dots was completely suppressed.

This meant that the combined emission from the microspheres could be easily controlled by adjusting the relative amounts of each type of quantum dot in the microspheres. With equal amounts of blue- and orange-emitting quantum dots present, a clean white emission was possible. When red-, green-, and blue-emitting quantum dots were combined in different ratios, emission colours across the full visible spectrum could be generated.

Aside from more direct applications such as lighting and displays, this excitingly simple technique could be extended to other types of nanoparticles, with interesting consequences for plasmonic and magnetic nanoparticle research.