Graphene and carbon nanotubes could improve the electronics used in computers and mobile phones, reveals new research from the University of Gothenburg, Sweden. 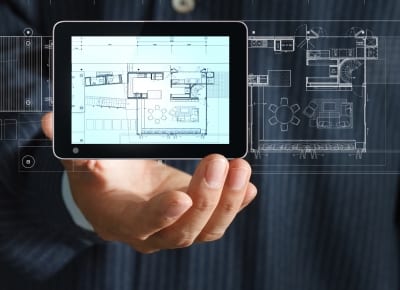 Carbon nanotubes and graphene are both made up of carbon and have unique properties. Graphene comprises an atom-thick layer of carbon atoms, while carbon nanotubes can be likened to a graphene sheet that has been rolled up to form a tube. “If you stretch a graphene sheet from end to end the thin layer can oscillate at a basic frequency of getting on for a billion times a second,” says researcher Anders Nordenfelt. “This is the same frequency range used by radios, mobile phones and computers.”

It is hoped that the limited size and weight of these new carbon materials could further reduce both the size and power consumption of our electronic circuits. In addition to new applications in electronics, research is under way into how graphene can be used to weigh extremely small objects such as DNA molecules.

The high mechanical resonance frequencies mean that carbon nanotubes and graphene can pick up radio signals. “The question is whether they can also be used to produce this type of signal in a controlled and effective way,” as Anders Nordenfelt explains. “This assumes that they themselves are not driven by an oscillating signal that, in turn, needs to be produced by something else.”

In his research Anders Nordenfelt carried out a mathematical analysis to demonstrate that it is possible to connect the nanowire with a fairly simple electronic circuit, and at the same time to apply a magnetic field and thus get the nanowire to self-oscillate mechanically. “At the same time we’re converting a direct current to an alternating current with the same frequency as the mechanical oscillation,” Nordenfelt continues.

In addition to their own keynote, all mechanical strings have harmonics that, for example, give different musical instruments their own particular sound. “An unexpected and very interesting result is that the method I’ve proposed can be used to get the nanowire to self-oscillate in one of its harmonics,” as the Swedish scientist tells. “You can change the harmonic by altering the size of one or more of the electronic components.”

In principle, there are an infinite number of harmonics with unlimited high frequencies, but there are practical limitations. A long-held research dream is to produce signals in the terahertz range, with trillions of oscillations per second. This area is particularly interesting as it lies on the boundary between microwaves and infrared radiation that, to date, has been the subject of relatively little research. It is an area that has been too fast for electronic circuits, but too slow for optical circuits. “We can’t get these really high frequencies with my method as things stand, but it could be something for the future,” predicts Nordenfelt.