Nature’s Nanomaterials – To Be or Not to Be Bioinspired?

How much does materials science stand to gain from Nature? Professor Ozin gives his take on the progress of biomimetics. 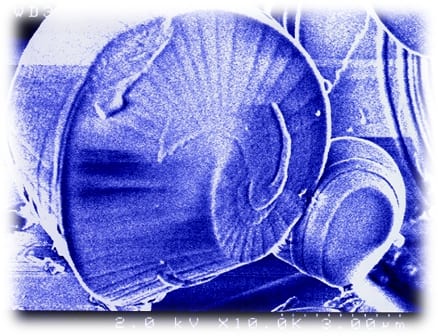 Some old adages in the field of biomimetics include, “Nature did it first”, “if it exists, it can be synthesized”, and “bioinspiration from Nature”.

The word “biomimetics” derives from Greek bios, “life” and mimetic, “competency for mimicry”. Since the word was coined in the 1950’s biomimetics has become a vibrant field and today is associated with the design, synthesis and fabrication of materials and machines whose structure and properties, function and utility derive inspiration from biological systems.

This bioinspiration comes from efforts to understand the chemical, physical, and biological principles that underpin Nature’s marvelous constructions. Their very existence is predicated upon perfected and optimized change that has been fine-tuned over evolutionary time scales enabling endurance of the fittest materials, honing of the most efficient processes and survival of the top performing devices and systems.

For scientists working within the field of biomimetics the overarching goal is to learn and purposefully exploit Nature’s secrets to solve materials problems and thus enable the development of new materials technologies.

Some practitioners of the art have, however, said that biomimetic materials would have been invented without any knowledge or inspiration from Nature while others have argued that it would have simply taken longer to invent these materials without that insight. This debate still smolders amongst academic researchers, and the controversy keeps government and industrial scientists, policy makers and funding agencies on their toes!Nanochemistry has received much inspiration and benefit from trying to understand morphogenesis; the origin, growth and form of nanomaterials that abound in nature, exemplified by the structure, properties, and function of tough mollusk nacre, colorful butterfly wings, iridiophores and beetle cuticle; porous diatom, radiolarian, echinoderm and coccolithophore micro-skeletons; spicules and spines of sponges and stinging nettles, sticky gecko’s feet and self-cleaning lotus leaves, hierarchical architecture of wood and bone, and the photosynthetic solar fuels machine.

This insight into Nature’s morphogenesis has enabled “morphosynthesis”, the development of bottom-up auto-construction strategies, such as self-assembly, co-assembly, directed-assembly, shape-assembly, oriented-assembly and hierarchical-assembly, for making new classes of nanomaterials with tailored form in the laboratory: nanocomposites and nanostructured surfaces, nanocrystals and nanoporous solids, nanomotors and nanomachines. 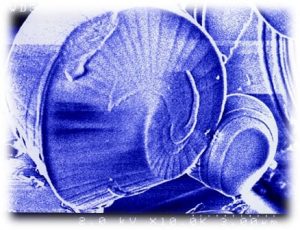 Knowledge of the structure and properties of Nature’s nanomaterials over “all” scales from the lowest to the highest level in the structural ladder, from nanoscopic to macroscopic constructions, has spawned new science, and engineering aimed at understanding new problems such as organic template-directed nucleation and growth of inorganic nanomaterials; mesocrystals, nanocrystal oriented growth, organic-inorganic epitaxy and interface engineering; formation of periodic micro-, meso- and macroporous inorganic particles, fibers and films, morphology control of inorganic materials with natural form, exemplified by the surfactant-templated sea-shell mimics having patterns and shapes reminiscent of the natural world shown in Figure 1; and chemically powered locomotion at the nanoscale, exemplified by catalytic nanorods, a futuristic playground poised to perform purposeful tasks in nanotechnology, and challenge conventional forms of diagnostics and theranostics in nanomedicine, illustrated in Figure 2.