Mystery solved: The origin of the colors in the first color photographs

Mystery solved! Scientists finally understand the origin of the colors observed in the first color photographs taken by physicist Edmond Becquerel in 1848. 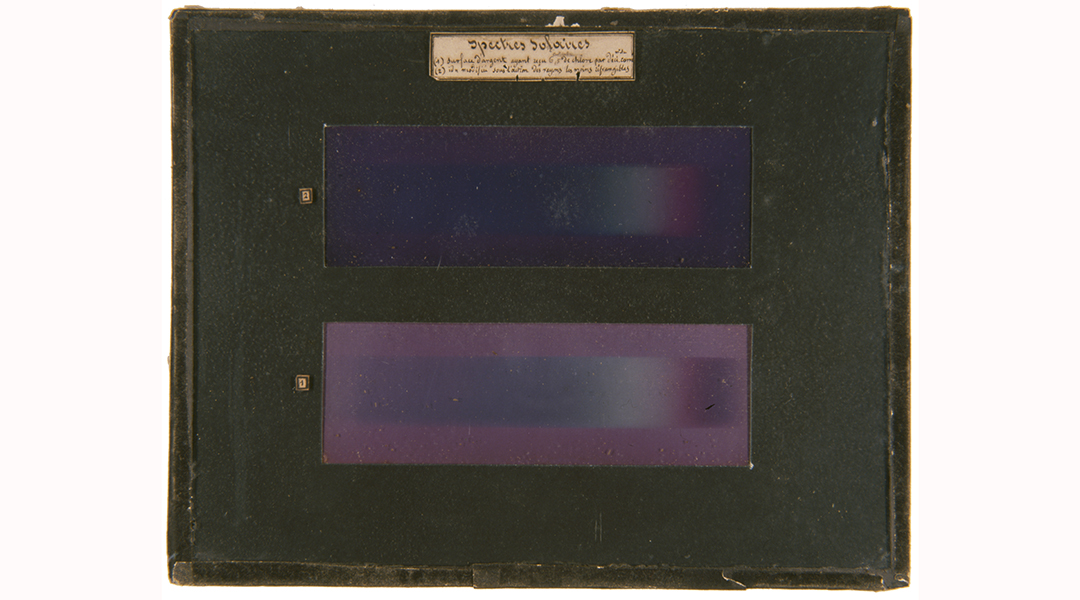 A palette of colors on a silver plate: that is the subject of the world’s first color photograph, taken by French physicist Edmond Becquerel in 1848. His process was empirical, never explained, and quickly abandoned. Few of his “photochromatic images” have survived because they are light-sensitive and very few were produced in the first place. It took the introduction of other processes for color photography to become popular in society.

For more than 170 years, the nature of these colors has been debated in the scientific community, without resolution. Now, however, a team of researchers at the Centre de recherche sur la conservation (CNRS/Muséum National d’Histoire Naturelle/Ministère de la Culture) has “shone a light” on this phenomenon, in collaboration with the SOLEIL synchrotron and the Laboratoire de Physique des Solides (CNRS/Université Paris-Saclay). It appears the colors obtained by Becquerel were due to the presence of metallic silver nanoparticles, according to their study published in Angewandte Chemie International Edition.

After having reproduced Becquerel’s process to make samples of different colors, the team started by re-examining 19th century hypotheses in light of 21st century tools. If the colors were due to pigments formed during the reaction with light, we should have seen variations in chemical composition from one color to another, which no spectroscopy method has shown. If they were the result of interference, like the coloring produced by some butterflies, the colored surface should have shown regular microstructures about the size of the wavelength of the color in question. Yet no periodic structure was observed using electron microscopy.

However, when the colored plates were examined, metallic silver nanoparticles were revealed in the matrix made of silver chloride grains — and the distributions of sizes and locations of these nanoparticles vary according to color. Nanoparticles having properties related to color is a phenomenon known to physicists as surface plasmons, electron vibrations (here, those of the metallic silver nanoparticles) that propagate in the material. A spectrometer in an electron microscope measured the energies of these vibrations to confirm this hypothesis.

The scientists assume that according to the light’s color (and therefore its energy), the nanoparticles present in the sensitized plate reorganize: some fragment and others coalesce. The new configuration gives the material the ability to absorb all colors of light, with the exception of the color that caused it — and therefore, that is the color that we see.