Camouflage is taken to the next level using hierarchical metamaterials. 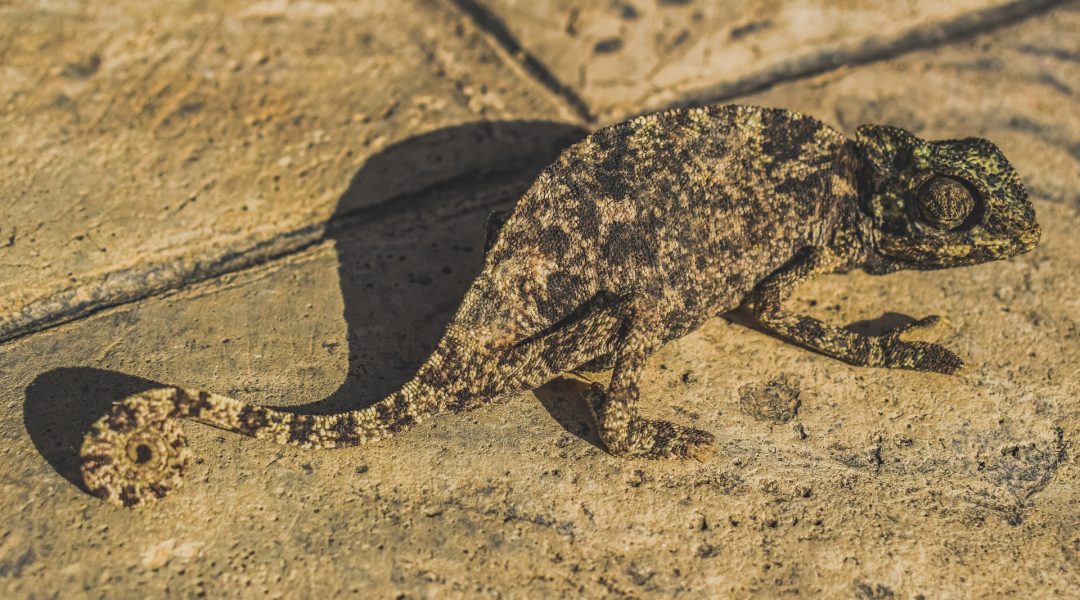 In nature, effective camouflage can be the difference between survival and death. As a result, many animals have developed incredible camouflaging abilities that humans can only admire.

Humans have tried—and partially succeeded—to develop similar camouflaging materials. As in the animal kingdom, these abilities can be essential to survival, such as in the military. Yet, the variable range of electromagnetic radiation makes true camouflage under the complete electromagnetic spectrum an incredible challenge.

To address this challenge, researchers from the Samsung Electronics Inc and Yonsei University in South Korea have developed hierarchical metamaterials (HMMs) capable of multispectral camouflage of infrared (IR) and microwaves. Controlling these specific wavelengths is particularly useful for stealth technologies for the military. 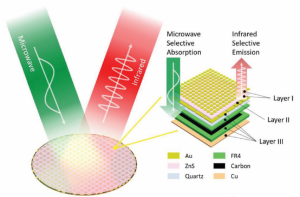 HMMs have the ability to control electromagnetic properties over broad spectral ranges, by tuning the materials structure. To achieve multispectral signal control, an IR selective emitter (ISE) is integrated with a microwave selective absorber (MSA). Incident microwaves with a wavelength of 2.5–3.8 cm pass through the ISE layer and are absorbed by the MSA. The absorbed microwave energy dissipates as heat and is emitted through the ISE layer as IR radiation, with wavelengths of 5–8 μm (figure, right). In this range, the radiated waves should go undetected, as they are absorbed and scattered in the atmosphere.

Precise multispectral control is possible because of the variation in size of the subwavelength unit cell. In this study, the HMM has large-sized unit cell structures up to 10 cm.

Multispectral camouflage against IR and microwaves was demonstrated. A radar cross section was simulated using commercial software code, by inserting the electromagnetic properties (wavelength) of the HMM into the surface condition of the aircraft. Simultaneously, microwaves in the X-band are absorbed, while the absorbed heat is released selectively in the nondetectable IR range. Applying the IR stealth technology takes the aircraft from detectable to near-undetectable by a longwave IR seeker operating at wavelengths of 8–12 µm (figure, below). 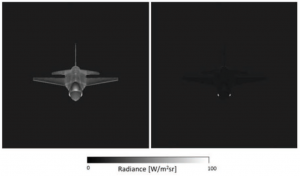 Simulated IR signature of a supersonic aircraft without (left) and with (right) the HMM stealth surface.

The researchers hope that future studies will see these HMMs used in flexible applications and to achieve multispectral control in the visible and radio frequency ranges. These developments could find applications in the military, or in energy harvesting devices and radiative cooling surfaces.