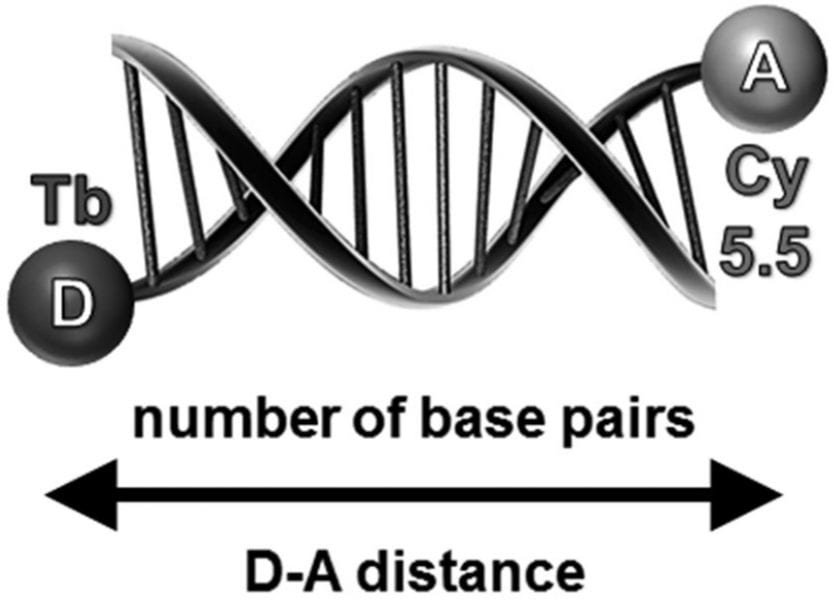 Biosensors based on photoluminescence signals from small particles usually require separate molecules for the recognition and reporting of their targets. An effort led by the NanoBioPhotonics group at the Université Paris-Sud has developed a sensor able to perform both functions with the same molecule, greatly reducing the complexity of the sensing platform and increasing its sensitivity. 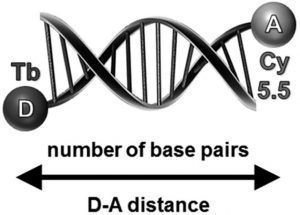 Rather than needing different colours to differentiate multiple targets or requiring their physical separation as with microarrays, this sensor exploits the decays of photoluminescence lifetimes to determine which target it has bound, with the photoluminescence intensity used for quantification of the results. This means that the biosensor can be used to confirm disease signatures comprising a complex mixture of different biomarkers.

The method used by these researchers—time-gated detection of a single donor–acceptor Förster resonance energy transfer (FRET) pair—allows them to tune the decay times and suppress any background fluorescence, while providing sensitivity to nanomolar concentrations of the target species. 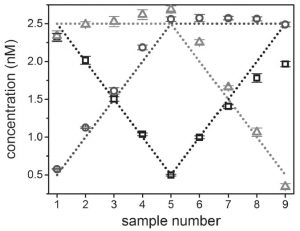 They show that this method is applicable to either dye- or quantum dot-based sensors by performing detections of DNA (Tb-to-dye transfer) and of microRNA (Tb-to-QD transfer), with clear above-noise results at low nanomolar concentrations.

This system’s potential for use in powerful diagnostic tools is further described in Small.