Magnetic seeds are guided toward cancer cells through tissues in the body, providing a safe means of treating hard-to-reach tumors. 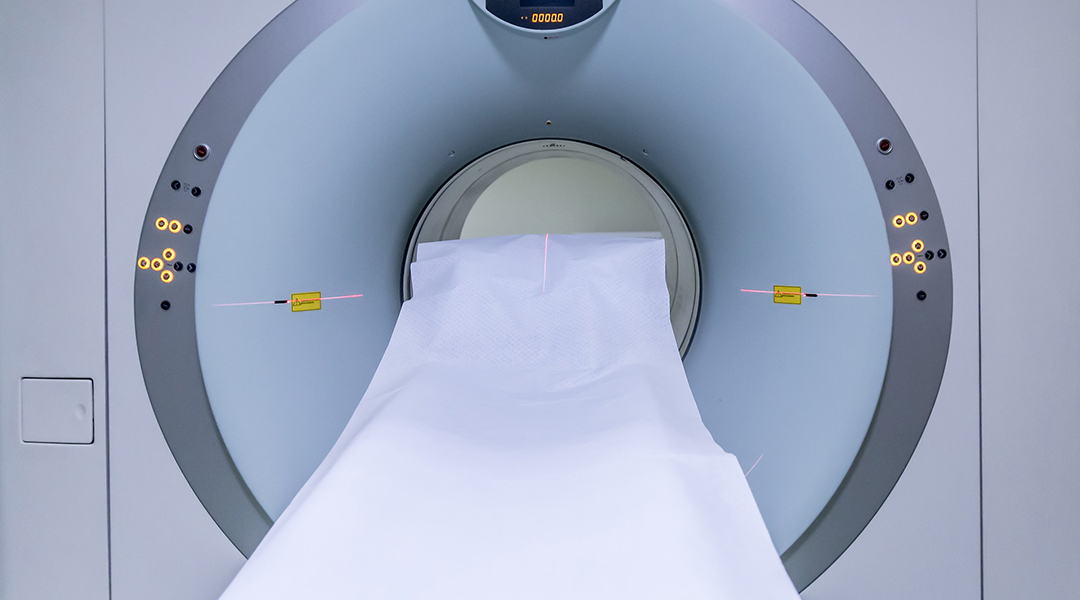 MRI scanners revolutionized diagnostics when they were first built in the early 1980s. Now, over 40 years later, these same machines could herald a new revolution in therapeutics. A team at University College London have shown that a new MRI cancer therapy using tiny magnetic “seeds” can non-invasively target and kill cancer cells.

The “seeds”, or thermoseeds, are remotely heated when they have reached their target, and it is this heat which kills the cancer cells. Publishing in Advanced Science, the technique was tested on mice and is dubbed MINIMA (minimally invasive image-guided ablation). Ablation is the process of removing biological tissue.

“MINIMA uses the magnetic fields in an MRI scanner to navigate a magnetic thermoseed through tissue to a tumour,” explained Rebecca Baker, Ph.D. student at the UCL Centre for Advanced Biomedical Imaging, and first author in this paper. “Once at the tumor, the thermoseed is remotely heated using radiowaves, with the increase in temperature killing the surrounding cancer cells. This means that the tumor can be killed minimally invasively, without having to perform open surgery.”

If translated into human trials, MINIMA MRI cancer therapy has the potential to give doctors a powerful tool in fighting cancer. Furthermore, it is yet another example of targeted cancer therapy that avoids the unpleasant side effects of traditional chemotherapies, which bombard cancerous and healthy tissue alike.

Additionally, the thermoseeds are already commercially available, and with the ubiquity of MRI scanners these days, the only bespoke kit needed for this treatment is the alternating magnetic field (AMF) system in conjunction with the MRI scanner, which causes the thermoseed to heat up, as Baker explained above.

The thermoseeds were successfully shown to be controllable through tissue by manipulating the magnetic field in an MRI machine first using in vitro models, before moving on to mouse models.

“Some researchers have previously used magnetic resonance navigation to move small magnetic objects through vessels,” said Baker, “but our research article is the first time it has been done through tissue. This was possible because we are using a preclinical research scanner which is much more powerful than a typical clinical MRI scanner. We have also shown proof-of-concept on a system designed for human imaging.”

In experiments, 2 mm-sized thermoseeds were injected into mice with tumors under their skin. After first navigating the seeds to these tumors in an MRI machine, the AMF system was then deployed to heat the seeds and induce tumor cell death. Heating was done for five minutes, with a one minute break after each minute of heating. Basically, the treatment is done after only a few minutes.

Remarkably, the size of the tumors significantly decreased 10 days after heating, and in some mice after 33 days the tumor bulk was completely gone. The termoseeds can then be easily removed by navigating them back to the injection site for extraction. The fact that no drugs were involved in treating this cancer will be a game-changer for patients.

Whilst still at the pre-clinical trial stage, this novel treatment offers hope that one day, tumors that were once considered too high-risk to operate on would be just as easy to treat as those which are currently easy to remove.

Baker has hopes that this might not be too far off in the future, “The MRI scanner at [University College London Hospital] needs to be first adapted to incorporate the heating device and then safety studies would first need to be performed.”

Clinical trials using this method are certainly something to look out for.

This article was updated on February 7, 2022, to include quotes from Rebecca Baker.