Nanoparticle-based gadolinium contrast agents to improve the safety of MRIs. 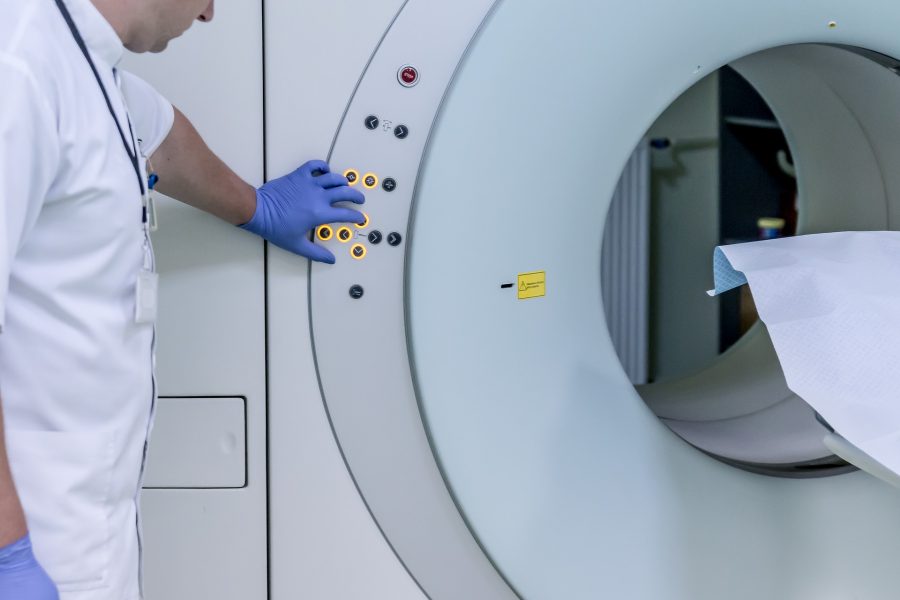 Magnetic resonance imaging (MRI) is a routinely used in medical diagnostics and monitoring therapeutic progress. This imaging technique is further enhanced by the use of gadolinium-based contrast agents (GBCAs) in which a gadolinium ion is enclosed in the chelating agent, which acts as an umbrella to protect ions from being prematurely released.

If released from the chelating agent, these ions are toxic to vital organs including the kidney, brain, and bone. It has been reported that about 40% of MRI scans use GBCAs globally, which accounts for about 50 tons of gadolinium injected annually for clinical investigations. 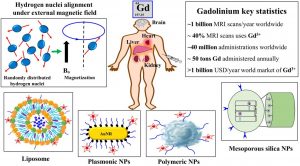 Recent studies have shown that the repeated use of GBCAs has led to gadolinium deposition in vital organs, which has also been linked to the development of nephrogenic systemic fibrosis (NSF).

These findings prompted the European Medical Agency to limit or revoke some of the clinically approved GBCAs. For example, Magnivist®, Omniscan®, and OptiMARK® are suspended from the European market while MultiHance® is restricted for its limited use.

The United States Food and Drug Administration has also recommended the labeling for these agents be updated to warn of gadolinium retention in various organs and suspected toxicities. Therefore, there is an urgent need to develop new strategies or revisit existing clinical practice regarding the use of GBCAs.

The main benefits of using nanoscale contrast media are to provide a large contrast difference between tissues of interest and normal tissues by localizing the contrast agent and minimizing the gadolinium dose. Therefore, the research and development of nanoscale contrast formulations with unique properties have continued to expand.

These developments include nanodevice having the ability to release life-saving drugs to hard-to-reach areas and to sense changes in the body associated with the onset of illness. These nanomaterials are engineered with biodegradable polymers, lipids, and biocompatible metals that firmly hold gadolinium to allow doctors to diagnose disease and deliver drugs with precision.

The study’s authors state that they “are optimistic that Gd-based contrast media infused with nanoparticles … could offer exciting opportunities to fulfill this need with an improved safety profile. We further expect that the future developments and analysis of MR imaging with the assistance of advanced artificial intelligence could push the boundaries beyond the current detection limit.”