Living machines made from drug-carrying bacteria target tumors to improve the effectiveness and safety of chemotherapies. 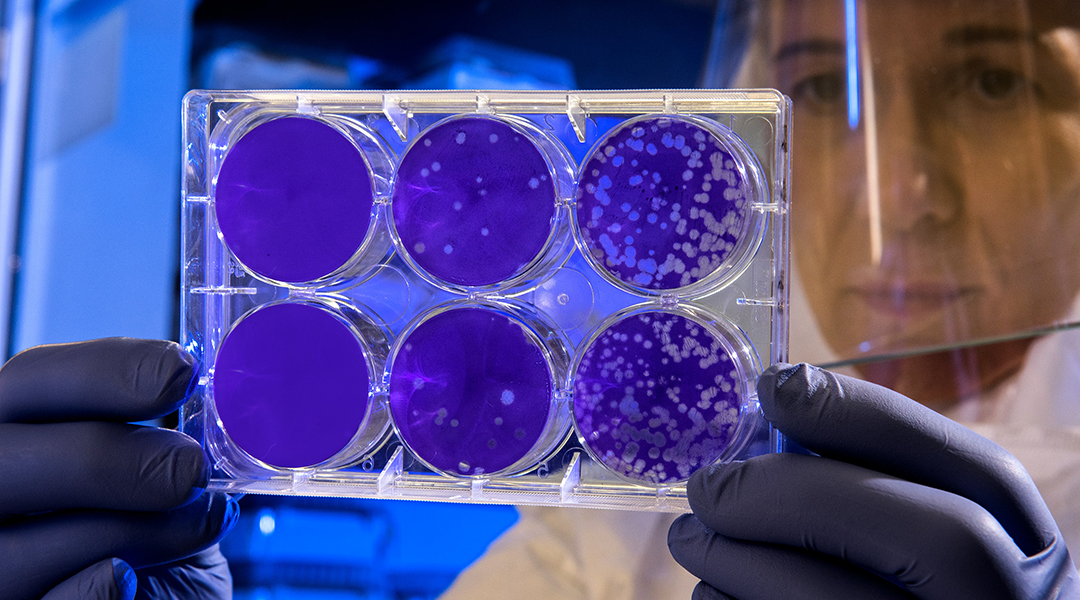 Researchers have been developing some pretty creative ways of getting medicines exactly where they are needed in the body. Compared to conventional “blanket” approaches, where drugs are distributed throughout the body in the hopes of reaching their target location, precision medicine aims to minimize unwanted side effects by delivering drugs solely to the location where they are needed.

There have been tremendous advancements in this area in recent years, but one approach, which uses biohybrid microrobots, has been gaining attention.

This area of research aims to deliver drug payloads using cells or modified pathogens that behave as living machines. In particular, bacteria-mediated drug delivery has interesting potential in augmenting the efficacy of some cancer therapies. Over the past decade, engineered bacteria have been shown to control tumor growth and aid survival in animal studies.

One approach uses bacteria fitted with nanocarrier cargo that help preserve the drug’s stability and reduces their toxicity. These bacteria have been modified to be non-harmful to humans and programmed to target cancerous tissue.

Building these biohybrid delivery systems requires a stable means of loading the bacteria with nanoparticles, ensuring the bacteria are still able to swim through challenging biological environments. Researchers are constantly exploring the best means of doing this to ensure these biological machines can consistently deliver an optimized amount of therapeutic safely and effectively.

One such example was developed by a team of researchers led by Bahareh Behkam at Virginia Tech. They created a bacterial robot platform called nanoscale bacteria-enabled autonomous drug delivery system, or NanoBEADS for short. These are composed of spherical polystyrene nanoparticles assembled onto the body of a flagellated Escherichia coli bacterium.

Flagellated bacteria are generally helical in shape and contain a protruding protein called flagellin, which whips around, acting as a sort of tail or propeller. This lends them superb self-propulsion capabilities, allowing them to effectively move through viscous fluids and porous environments. This makes them suitable carriers in addition to the fact that bacteria are attracted to certain chemicals, which can be used to “program” their destination.

For example, some bacteria thrive in low oxygen environments, which is a hallmark of cancerous tissue. Hence, some bacteria will naturally hone in on and selectively “colonize” cancerous tissue where, in addition to delivering or even producing their own chemotherapies, they will also stimulate an anti-tumor immune response to help destroy the tumor. Bacteria, such as Salmonella, Escherichia, Shigella, Vibrio, and Listeria have already been engineered to colonize and control or eliminate a range of tumors in a number of preliminary studies.

What’s next for bacterial hybrid robots?

Behkam and colleagues are currently exploring optimal nanoparticle loading in tumor-targeting Salmonella as a means of ensuring consistent therapeutic delivery with minimal effect on the bacteria’s mobility.

In a recent study, they found that the type of chemistry used to link nanoparticles to the bacteria’s surface played an important role in determining how many nanoparticles could be effectively loaded onto the bacteria. “Determining the effect of assembly and linkage chemistry on bacteria–nanoparticle assembly on key bacterial behaviors will help facilitate the design of more efficacious biohybrid delivery systems,” they said.

So far, these biohybrid bacterial systems have shown promise in preliminary studies carried out in mice, where they successfully carried drug-laden nanoparticles to specific organs. Whether universal bacterial strains can be developed to treat all tumor types remains unknown, however, positive lab results have been observed for prostate, breast, pancreatic, and spinal-cord cancers, as well as some tumor metastases.

The road to clinical application is still long. It is likely that bacterial-based tumor therapy will not replace current therapeutic methods, but, if successful in human trials, could provide us with another valuable tool to combat cancer.