Drug-free macromolecular therapeutic systems can target and kill cancer cells without causing the side-effects of the drugs currently in clinical use. 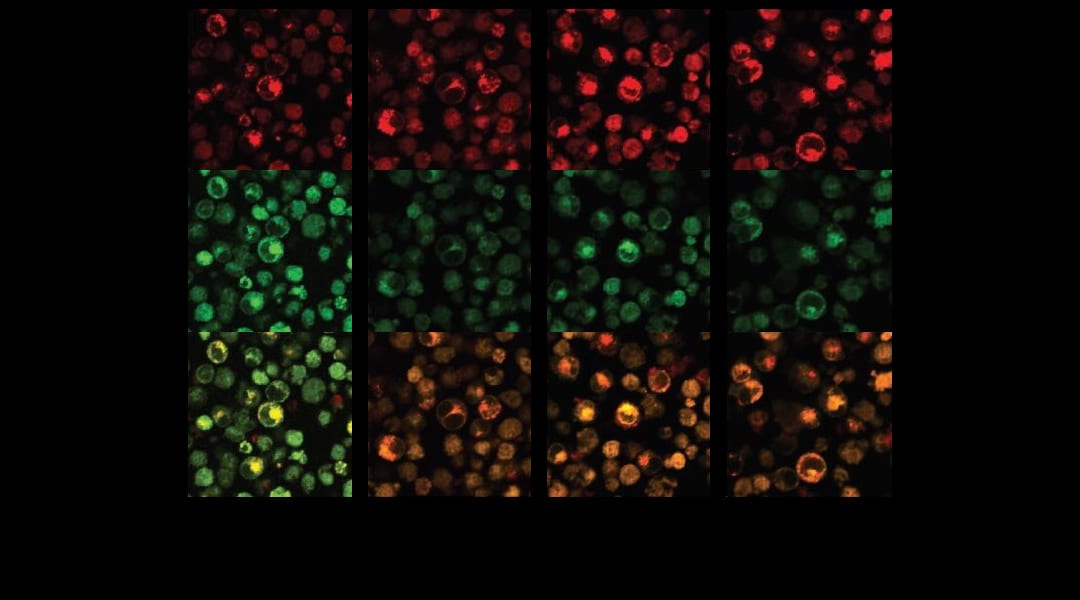 Drug-free macromolecular therapeutic systems are set to change the way we think about chemotherapy. 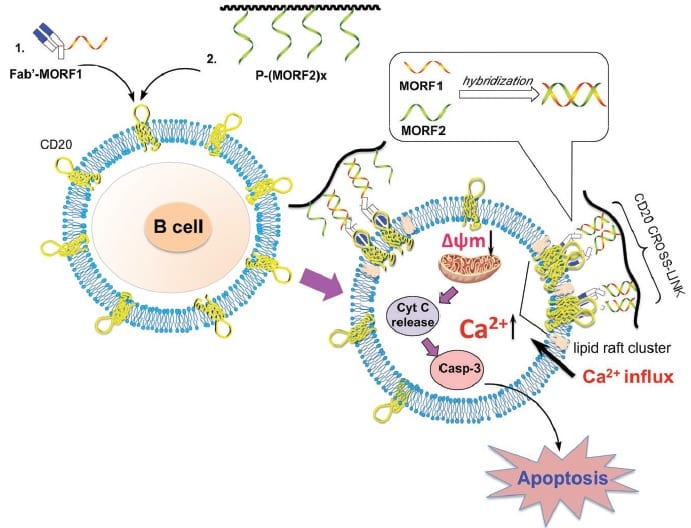 The use of medicine to treat cancers typically involves the employment of a drug or drug cocktail designed to slow or stop the growth of cancerous cells, usually by damaging their DNA or interfering when it is being copied. Unfortunately, a large percentage of people do not respond to therapy, and many of the drugs can cause serious side-effects, including the possibility of developing leukemia up to ten years after treatment.

New therapeutic systems are now emerging, so-called ‘drug-free macromolecular therapeutic’ (DFMT) systems, which can target and kill cells associated with non-Hodgkin’s lymphoma. They can do this without the Fc mediation that is known to contribute to the side-effects of current treatments using the drug rituximab, and they are showing promise in vivo. These systems work by initiating apoptosis, the cell’s natural programmed death, via a two-step process. The first step is denoted ‘pre-targeting’ of the cancer cells (with CD20), followed by multiple bindings (hyper-crosslinking) of the cell surface receptors. 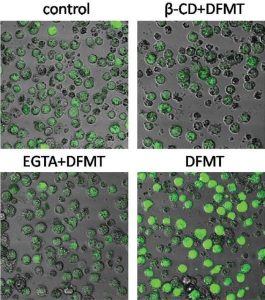 Calcium influx in the presence of DFMT compared to the control and to EGTA (a Ca-ion chelating agent) and ß-CD (inhibitor of CD20 crosslinking).

Looking to shed some light on exactly how this mechanism works, a team at the University of Utah, USA, has identified two pathways which appear to play roles in triggering the apoptosis signal: a calcium influx-dependent pathway and a mitochondrial signal pathway.

CD20 is known to act as a calcium channel but, without hyper-crosslinking, it is only very slowly internalizing; crosslinking of the cell surface receptors strongly facilitates internalization, that is, it provides a way to more easily penetrate the cell, which greatly increases its calcium conductivity. This team confirmed that, after treatment with their DFMT system, the concentration of calcium ions quickly increased and was maintained at a level well above the control sample. Internalization of calcium ions dominated over their release, resulting in a dangerous buildup inside the CD20-marked cells.

This strongly contributes to a rapid decrease of the mitochondrial membrane potential, triggering a collapse of the membrane permeability and consequent apoptosis.

Additional rituximab-mimicking effects of the DFMT system were also confirmed, which are likely to contribute to the mitochondrial signal pathway and strengthen the argument for its clinical uptake in place of the drug. You can find the details here in Macromolecular Bioscience.