The Royal Swedish Academy of Sciences has decided to award the Nobel Prize in Chemistry 2016 to Jean-Pierre Sauvage, Sir J. Fraser Stoddart, and Bernard L. Feringa for the design and synthesis of molecular machines. 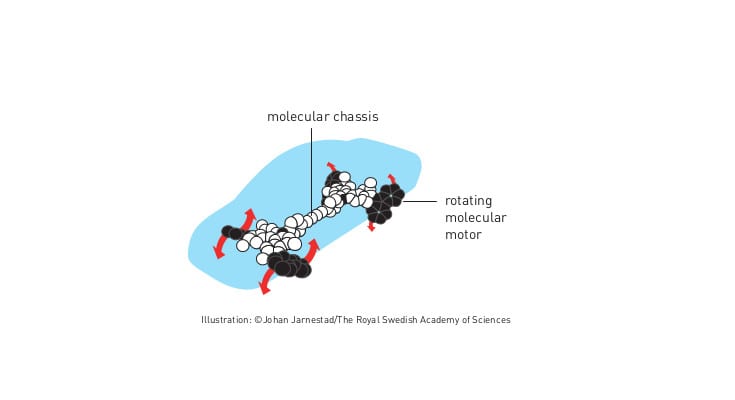 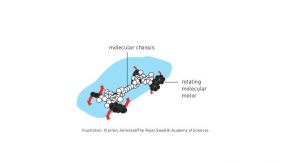 The Royal Swedish Academy of Sciences has decided to award the Nobel Prize in Chemistry 2016 to Jean-Pierre Sauvage, University of Strasbourg, France, Sir J. Fraser Stoddart, Northwestern University, Evanston, IL, USA, and Bernard L. Feringa, University of Groningen, the Netherlands, for the design and synthesis of molecular machines.

A tiny lift, artificial muscles and miniscule motors. The Nobel Prize in Chemistry 2016 is awarded to Jean-Pierre Sauvage, Sir J. Fraser Stoddart and Bernard L. Feringa for their design and production of molecular machines. They have developed molecules with controllable movements, which can perform a task when energy is added.

The development of computing demonstrates how the miniaturisation of technology can lead to a revolution. The 2016 Nobel Laureates in Chemistry have miniaturised machines and taken chemistry to a new dimension.

The first step towards a molecular machine was taken by Jean-Pierre Sauvage in 1983, when he succeeded in linking two ring-shaped molecules together to form a chain, called a catenane. Normally, molecules are joined by strong covalent bonds in which the atoms share electrons, but in the chain they were instead linked by a freer mechanical bond. For a machine to be able to perform a task it must consist of parts that can move relative to each other. The two interlocked rings fulfilled exactly this requirement.

The second step was taken by Fraser Stoddart in 1991, when he developed a rotaxane. He threaded a molecular ring onto a thin molecular axle and demonstrated that the ring was able to move along the axle. Among his developments based on rotaxanes are a molecular lift, a molecular muscle and a molecule-based computer chip.

Bernard Feringa was the first person to develop a molecular motor; in 1999 he got a molecular rotor blade to spin continually in the same direction. Using molecular motors, he has rotated a glass cylinder that is 10,000 times bigger than the motor and also designed a nanocar.

2016’s Nobel Laureates in Chemistry have taken molecular systems out of equilibrium’s stalemate and into energy-filled states in which their movements can be controlled. In terms of development, the molecular motor is at the same stage as the electric motor was in the 1830s, when scientists displayed various spinning cranks and wheels, unaware that they would lead to electric trains, washing machines, fans and food processors. Molecular machines will most likely be used in the development of things such as new materials, sensors and energy storage systems.

Fraser Stoddart is a member of the editorial boards of Chemistry – A European Journal, ChemPlusChem, Chinese Journal of Chemistry, and Macromolecular Rapid Communications. He was a member of the international advisory board of Angewandte Chemie 1995-2013. He has also co-edited Stimulating Concepts in Chemistry and Crown Ethers and Analogs.

Bernard L. Feringa is a member of the editorial boards of Advanced Synthesis & Catalysis, ChemPhotoChem, and Israel Journal of Chemistry. He co-edited Molecular Switches, to which he and both his fellow laureates contributed.