Without independent vaccine manufacturing in Africa, the social and economic costs of the pandemic will only be prolonged. 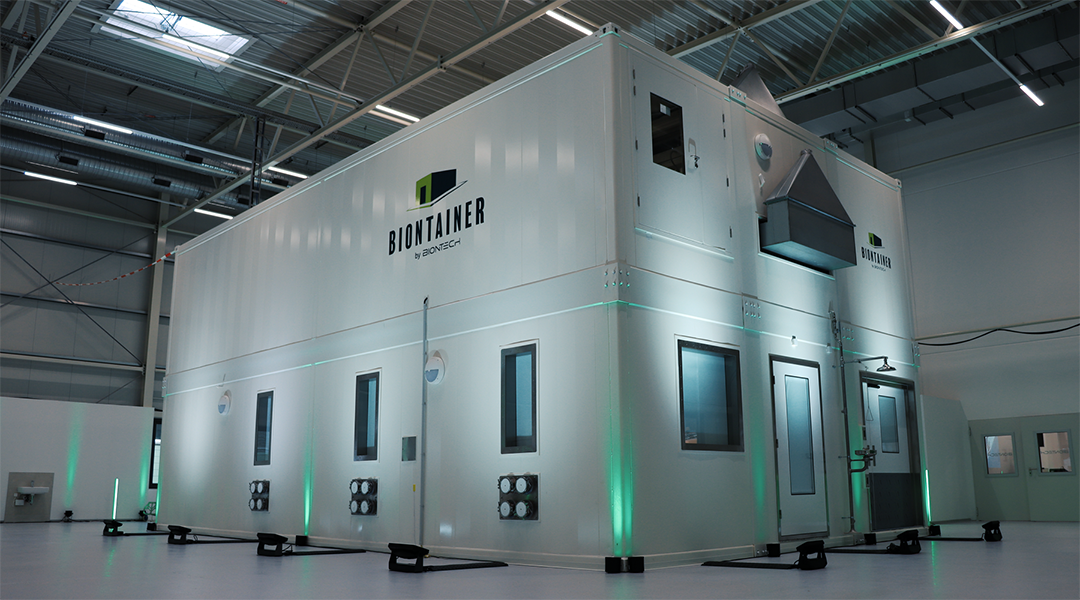 Safe and effective vaccines against COVID-19 were brought to the market in record time following the onset of the pandemic. However, the virus has spread faster than vaccine distribution can keep up, with the vast majority having been administered in high- and upper-middle-income countries.

“If these doses had been distributed equitably, they would have been enough to cover all health workers and older people globally,” writes the WHO. “Most manufacturers have largely spurned the opportunities to share technology and know-how and public health-oriented licensing, despite a number of mechanisms being set up.”

This has led to the emergence of a number of variants of concern, including Delta and Omicron, and surges in the number of global cases as the virus continues to circulate. Many countries are already administering boosters while to date, only 14.5% of people in low-income countries have received one dose.

At the end of February, BioNTech — the German-based biotech company that developed COVID-19 mRNA vaccines alongside Pfizer — announced a plan to develop portable mRNA vaccine factories to help address the problem.

At the moment, Africa imports roughly 99% of all its vaccines, which puts it at the mercy of nations willing to donate surplus supplies. Scaling up an independent manufacturing pipeline in Africa has been a goal of the WHO, which hopes that through international collaborations and research initiatives, production of vaccines within Africa can be boosted from 1% to 60% by 2040.

The first of the new factory units, called “BioNTainers”, are expected to arrive in Rwanda and Senegal in the second half of 2022. They will be made up of two groups of six 12 m-long containers that can be easily shipped. Two modules are reported to have an estimated initial production capacity of up to 50 million doses a year of the COVID-19 mRNA vaccine — though how many modules will be sent is not yet clear.

BioNTech also announced that the labs will be equipped to manufacture a range of other mRNA-based vaccines being developed to target other infectious diseases outside of COVID-19, such as malaria and tuberculosis. “We welcome BioNTech’s initiative to increase vaccine production in Africa, as a complement to WHO’s mRNA technology transfer hub in South Africa and its network of ‘spokes’ around the world,” WHO Director-General Tedros Adhanom Ghebreyesus said in a statement.

But some are criticizing the move as paternalistic, as reported in the British Medical Journal, as the containers will be initially staffed by BioNTech scientists and production regulations will likely bypass local regulations. Moderna also announced at the beginning of March that it would be establishing a manufacturing site in Kenya, however, the company will continue to produce the COVID-19 mRNA vaccine itself.

While improving the supply to African nations is important, upholding technology patents and withholding licensing from third party manufacturers will have poor outcomes for the mRNA Technology Transfer Hub — a WHO initiative operating out of South Africa that aims to help low- and middle-income countries develop the capacity to produce mRNA vaccines on their own.

The hub has already made significant headway in reverse engineering Moderna’s COVID-19 mRNA vaccine and developing a formulation. This is legal under South African law, where scientists and manufacturers are allowed to carry out research regardless of patent protection. The plan is to facilitate technology transfer to at least 12 low- and middle-income countries to expand global mRNA manufacturing capacity.

As outlined in the BJM report, the WHO’s hub had hoped that Pfizer-BioNTech or Moderna would share their knowledge and manufacturing expertise. However, both companies have so far refused to participate. A consultancy group hired by BioNTech has even been accused of undermining the operation, claiming it “unlikely to be successful and will infringe on patents”.

Moderna has stated that it is in talks with the WHO to provide a license, and has also publicly promised not to enforce its COVID-19 related patents during the pandemic. Regardless, it would appear that the hub’s progress is not being facilitated by either company.

This struggle, writes David Richard Walwyn, professor of technology management at the University of Pretoria, for the Conversation, is reminiscent of the battle over patents for HIV drugs in the 2000s.

“Vaccines are mostly public health products,” wrote Walwyn. “They protect whole populations with minimum expenditure. It is acceptable that companies which develop and make these products should do so at reasonable margin. This is typically in the region of 14% net earnings as a percentage of revenues. But leading mRNA companies are now reporting extreme profits.

“Public health should not be held ransom by private gain, nor should it be bankrupted by necessary life-saving interventions. The actions of BioNTech and Moderna will prolong the social and economic costs of the pandemic.”

A new coating extends the lifespan of brain implants
Blood cells could be key to aging
Delaying second dose of COVID-19 vaccine has benefits in the short term, but depends on immunity
Broad-spectrum antivirals made from polymers