Real progress made this year in the fight against malaria

Antibody therapies and new vaccines have been added to the arsenal, giving hope to the millions who live where malaria is endemic. 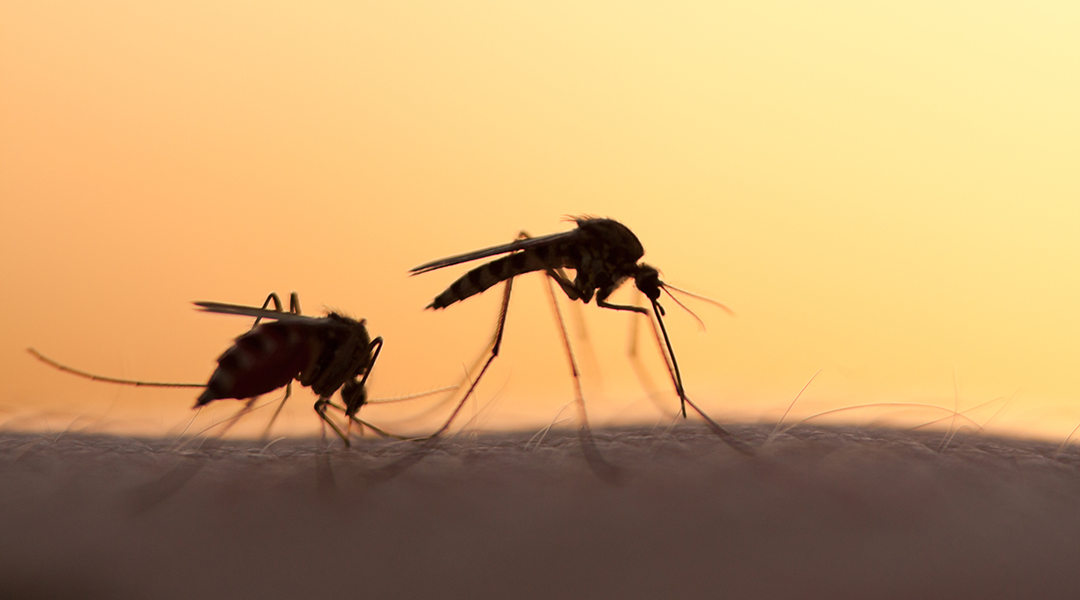 2021 has seen some incredible gains in malaria research, with two new vaccines on the horizon — one of which has already received WHO endorsement — and new developments in monoclonal antibody therapies to help compliment them.

Malaria is endemic in parts of the world, with over 200 million cases and more than 400,000 deaths annually. The situation is particularly dire in sub-Saharan Africa, which accounts for over 90% of global deaths, and where a majority of cases occur among children under the age of five.

“An effective malaria vaccine would be an important tool to combat the enormous socioeconomic burden caused by this disease,” writes Matthew Laurens, a professor at the Center for Vaccine Development and Global Health, University of Maryland School of Medicine. “Vaccines promote both individual and public health, and are thus considered among the most highly successful public health tools. After provision of clean water and sanitation, vaccination against infectious diseases has contributed the greatest to public health worldwide, compared with other human interventions.”

Given that the burden for malaria is high and the disease has been plaguing humanity for most of our evolutionary history, many have naturally asked: Why has it taken so long to develop a malaria vaccine?

P. falciparum is an elusive target

Creating a vaccine to combat P. falciparum — the deadliest of five parasitic species that cause malaria in humans — has been a pipe dream for decades.

This parasite, for one, is transmitted through mosquito bites, making limiting spread of infection in parts of the world primed for mosquito reproduction near impossible. P. falciparum is also genetically complex, with over 5400 genes that give rise to a large number of proteins expressed over a complex life cycle. For comparison, SARS-CoV-2 has around 12 functional genes that code for 29 proteins.

Targeting a specific protein or step in the infection cycle becomes daunting and offers ample opportunity for the parasite to develop resistance. P. falciparum is an expert at learning how to evade the body’s immune system, which makes not only vaccine and anti-parasitic drug development difficult, but as a result, natural infection does not always prevent re-infection.

Vaccines therefore need to be better than the body’s natural defenses. The target needs to be a protein integral to the infection cycle that will create a strong enough immune response to provide lasting protection. This, experts say, has been a tall order, and the long history of malaria vaccine development is a testament to that.

New malaria vaccines on the horizon

The first licensed malaria vaccine, RTS,S or Mosquirix, received WHO endorsement at the beginning of October 2021, and was welcomed as a powerful tool that would help “change the course of public health history”, according to WHO director-general and ex-malaria vaccine researcher Tedros Adhanom Ghebreyesus.

First developed in 1987 by GlaxoSmithKline (GSK) in collaboration with the Walter Reed Army Institute of Research, the vaccine entered Phase III clinical trials in 2009, which involved over 15,000 participants from seven sub-Saharan African countries. It is now the first malaria vaccine to be used in routine immunization programs in endemic areas, such as Malawi, Kenya, and Ghana, and is the first approved against a parasitic disease.

Though Mosquirix has been met with enthusiasm, it boasts only modest efficacy, preventing roughly 30% of severe malaria cases. Even still, a study recently estimated that if the vaccine were rolled out in countries with the highest incidence of malaria, it could prevent 5.4 million cases and 23,000 deaths each year. Given the scale of the problem and a lack of alternative, licensed vaccines, this will make a significant impact in the malaria disease landscape.

A vaccine candidate with 77% efficacy takes the stage

A second vaccine candidate is making waves of its own and promises to outperform Mosquirix.

450 children in and around the town of Nanoro were inoculated at different doses. The vaccine was given in three shots over a four month period before transmission season, followed by a single booster a year later.

Both R21 and Mosquirix vaccines use antigens based on a protein called circumsporozoite protein (CSP). CSP is conserved across malaria parasite species, meaning there is a lower chance for developing resistance as this portion of CSP is integral and as a result rarely mutates. It is secreted during initial stages of infection, when parasitic sporozoites are transferred from the mosquito to the blood. The aim to is train the body to catch sporozoites before they can enter the liver and proliferate.

R21 is thought to be more effective because it contains more CSP compared to Mosquirix and uses Novavax’s M-Matrix adjuvant — also used in their COVID-19 vaccine — to elicit a stronger immune response. It will likely be given as an annual booster, much like the influenza vaccines.

R21 would be the first to meet the WHO’s goal of 75% efficacy against clinical malaria by 2030. The Phase III trial launched earlier this summer will involve 4,800 children across four African countries. Many are holding their breath to see whether its 75% efficacy will hold up in a larger study.

To add to this development, a new monoclonal antibody treatment could help bridge the gap by limiting morbidity and mortality in conjunction with the vaccine.

In August of this year, researchers at the Vaccine Research Center of the National Institute of Allergy and Infectious Diseases (NIAID) completed a small Phase I trial involving 40 healthy adults to test the efficacy of their monoclonal antibody capable in preventing malaria.

Monoclonal antibodies are similar to antibodies produced naturally by the body. These are proteins that bind to specific parts of foreign pathogens, inactivating them and preventing further infection. Derived from a naturally occurring neutralizing antibody called CIS43, CIS43LS has been modified to prolong its lifetime in the blood where it binds to parasite surface proteins important for infection.

A single infusion of the new therapy, called CIS43LS, was found to prevent malaria for up to nine months in patients who had been exposed to the malaria parasite in a controlled human malaria infection.

These results were indeed promising, however, to be effective, CIS43LS needs to be administered in high doses, making broad deployment complicated. Improving CIS43LS by making it protective at lower doses could help make monoclonal antibodies a serious option for broad distribution during seasonal malaria peaks.

Researchers working at the Ragon Institute of the Massachusetts General Hospital, MIT, Harvard, and NIAID sought to solve this problem by developing protective variants of anti-malarial monoclonal antibodies that require lower dosing to be effective.

“We were immensely excited to discover that some of [our] new antibodies provided protection at a fraction of the doses previously used for in vivo assays,” said Sven Kratochvil, a post-doctoral researcher at Ragon.

The team created a bioinformatic “sieve” to home in on promising antibody variants to test. Part of their approach was combing the sequences of previously known and highly protective antibodies to create better versions. This seemingly paid off as they were able to identify an antibody called D3 that was more potent than both CIS43 and former best-in-class monoclonal anti-malarial antibody, L9 — and at a lower dosage.

“This would [increase] clinical utilization in children and pregnant women in endemic countries, and in malaria elimination campaigns,” said the team in a statement. “We’re already working to develop even better CIS43 variants, and we’re going to find out what happens when we start from former best-in-class L9.”

Though progress has been slow, these advancements are good news for the millions affected by this disease every year. As with any public health initiative, a range of tools will help get the situation under control, such as accessible testing and treatment, and preventative measures, including mosquito nets, insect repellent, and mosquito population control.

Governments and public health organizations are now working with pharma companies and manufacturers to figure out the logistics of a broad vaccine rollout in countries that need it most. Manufacturing capacity, supply chain logistics, as well as the infrastructure to distribute vaccines and antibody therapies need careful consideration.

GSK has committed 10 million doses of its Mosquirix vaccine for use in its pilot program and has entered into an agreement with India-based manufacturer Bharat Biotech to provide 15 million doses annually until 2028. A similar agreement has also been made between Oxford and the Serum Institute of India to contribute 200 million doses of their R21 vaccine, pending licensing approval.

A final consideration needs to be afforded to public communication and building community trust. If COVID-19 has taught us anything, it’s that open information and mitigating falsehoods should also be priority to ensure vaccine uptake and completion of the multi-dose regimens.

The road will be long but experts are optimistic. Ensuring long-term and equitable access to these desperately needed preventative therapies will help break this cycle of endemic infection and bridge the health equity gap to improve the quality of life of millions of people.

Researchers ask: Should the pharmaceutical industry be nationalized?
New method to assist fast-tracking of vaccines for pre-clinical tests
From the Wiley archives: Preparing for emergencies
Motion capture in clinics: From Hollywood to healthcare