DNA origami nanobiosensor: The binding of the bioanalyte (left) with the ssDNA-associated bioreceptor (center) on the surface of the DNA origami is transduced as a measurable change in properties (right) that can be recognized and quantified by a detector. 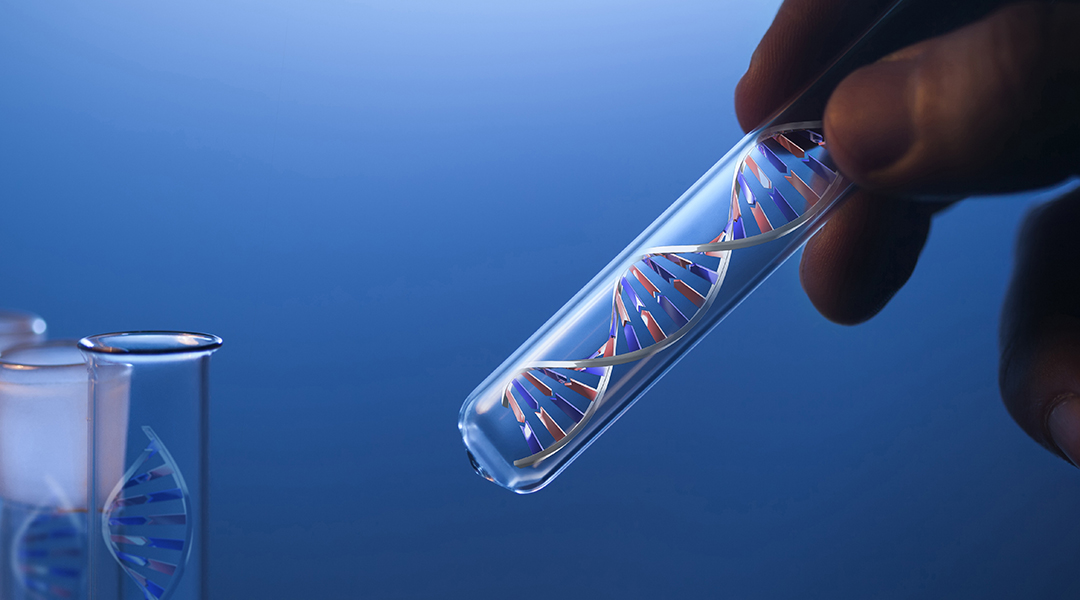 “The problems of chemistry and biology can be greatly helped if our ability to see what we are doing, and to do things on an atomic level, is ultimately developed — a development which I think cannot be avoided.”
— Richard P. Feynman, 1959

Over the past 40 years, the field of structural DNA nanotechnology has helped address these fundamental problems that Feynman raised: the visualization and control of biological and chemical events at the atomic and molecular level. The ability of structural DNA nanotechnology to self-assemble and precisely functionalize one-, two- and three-dimensional shapes at the nanoscale has propelled fields like nanomedicine, nanoelectronics, and molecular computing. 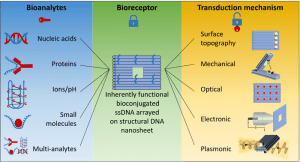 Structural DNA nanotechnology has particularly interesting applications for nanobiosensing, the detection of biological events using nanoscale sensors. Typical nanobiosensor approaches require specific detection techniques and are often limited in the range and number of different types of events they can sense. However, DNA nanotechnology allows a much more general approach to designing nanobiosensors.

In WIREs Nanomedicine and Nanobiotechnology, Rebecca Taylor and co-workers review recently developed structural DNA-based nanobiosensors, focusing especially on the capability DNA nanostructures to detect a broad range of biological events and transduce that signal for a range of detection modes. They have extracted a mix-and-match taxonomy, unique to structural DNA nanotechnology, wherein the choices between the molecule-of-interest and the detection strategy are fully independent of each other. They have also highlighted works where these structures can be mechanically actuated, paving the way for future DNA-based nanorobots that are capable of complex sensing, logical computation and actuation.