Conductive metallic 3D nanostructures can be made inside a single crystal of a photocatalytically active metal-organic framework, say Belgian scientists. 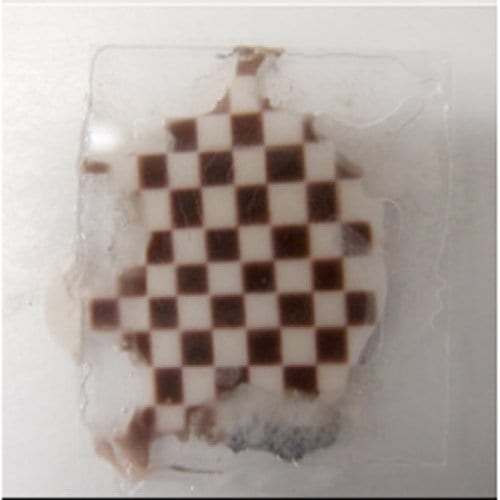 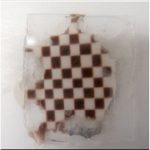 Conductive metallic 3D nanostructures can be made inside a single crystal of a photocatalytically active metal-organic framework, say Belgian scientists.

Lithographic patterning techniques have evolved into tremendously powerful tools for creating nanostructured functional objects such as metallic features. Tiny metallic structures can be used to miniaturize electronics or optics devices. However, current techniques are best suited to making flat patterns, and attempts to make 3D metallic features have mainly consisted of layering many 2D structures on top of each other, which is laborious and difficult to use to make thin vertical items such as wires.

Now, Professor Dirk De Vos and researchers from the Catholic University of Leuven, Belgium, have produced three-dimensional metallic features by using a focused laser to cause a very localized photoreduction reaction of metal ions to take place inside a photocatalytically active metal-organic-framework (MOF) single crystal.

MOFs are microporous crystalline materials built up from nodes of metal ions connected by organic linkers. Because of their extremely high internal surface area and pores of molecular dimensions, MOFs are of interest for gas storage, molecular separation, and catalysis. Using them as a template or container for another reaction is less usual.

The researchers used a particular MOF which contains metal nodes that behave like quantum dots. They were able to direct-write metallic silver patterns inside single crystals of this MOF. They focused a laser beam on a plane inside a crystal immersed in silver nitrate solution – because the MOF crystal is porous the silver nitrate fills up the pores throughout the crystal. They used a computer to control movement of the crystal with respect to the laser beam. Each time the laser was pulsed in one position for a predetermined activation time, the photocatalytically active MOF matrix was irradiated. This action triggered a local reduction of silver ions which resulted in a metallic silver dot in the position where the laser had been focused. Moving the laser beam throughout the MOF by means of a computer enabled the researchers to draw conductive 3D metallic structures.

Such 3D structures might be used in optics and microelectronics. Theoretically, any 3D shape could be drawn, depending on the laser resolution and the porous network of the MOF chosen; this is a new paradigm in 3D metallic structural fabrication.

This article was updated on 15/3/11 – the Catholic University of Leuven is in Belgium, not the Netherlands.