A report from the Metamaterials 2014 conference, held from 25 to 30 August in Copenhagen, Denmark. 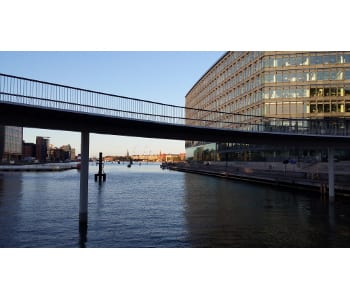 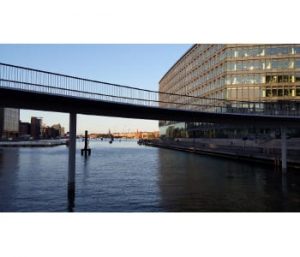 The Metamaterials 2014 congress organized by the Metamorphose Virtual Institute was held from 25 to 30 August in Copenhagen, the capital of Denmark. It is already the 8th edition of this conference on “Advanced Electromagnetic Materials in Microwaves and Optics” and took place at the Technical University of Denmark.

From Monday to Thursday attendees of the conference could choose between three parallel sessions focusing on topics like plasmonics, nonlinear metamaterials, acoustic and thermal metamaterials, and metasurfaces, and learn about the latest news in the respective fields. More than 70 invited talks were complemented by contributed talks and posters. Plenary talks given by Yuri Kivshar on “All-Dielectric Nanophotonics: From “Magnetic Light” to Fano Metasurfaces”, Nader Engheta on “Metafunctional Platforms” and Javier García de Abajo on “Optical Tunability with Graphene and Other Atomically Thin Materials” rounded up the program.

The lunch and coffee breaks, as well as the two poster sessions, brought together researchers and leading experts from all over the world. According to the conference organizers attendees from the United States (15%) and Korea and the United Kingdom (each 10%) constituted the largest part, followed by attendees from Russia, Germany, and Japan (each 7%) and Italy, China, and Denmark (each 5%).

Apart from the scientific conference the social event including a boat tour as well as a conference dinner offered another opportunity to meet and discuss face-to-face.

Young researchers and students benefitted additionally from a Doctoral School which took place directly after the main conference from 29 to 30 August. Well-known international researchers like Gennady Shvets from Texas and Mikhail Lapine from Australia gave an insight into fields related to the school topic, “Novel Terahertz and Infrared Metamaterials”.

All-in-all, Metamaterials 2014 promoted the scientific exchange between researchers from various research fields and various countries which will for certain stimulate further studies and cooperations.

Anyone interested in electromagnetic materials should not miss the opportunity to attend the next edition of the Metamaterials conference, which will be held in Oxford from 7 to 12 September 2015.

Light in Sight: Micro-Lenses Enhance the Functionality of Future Cars
Discotic Liquid Crystals for Electronic Devices
Computational electromagnetics: Know your tools for they shape our future
Gentle laser processing of perovskites at the nanoscale