Franco Cacialli talks to MaterialsViews about his research on supramolecular architectures, his recent book, and his coolest discovery. 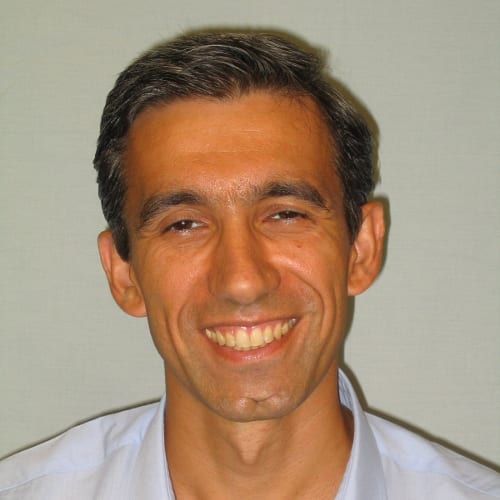 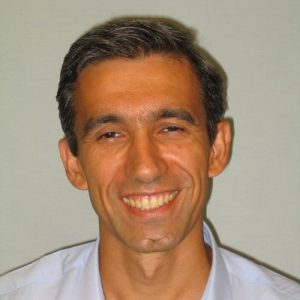 Professors Paolo Samorì and Franco Cacialli co-edited the recent book, Functional Supramolecular Architectures: for Organic Electronics and Nanotechnology, which provides a comprehensive overview of functional nanosystems. MaterialsViews caught up with Professor Franco Cacialli and had a chance to ask him about the book and to find out a bit about how he got started in science as well as what inspires his current research. Click here to read our companion interview with Professor Samorí, and here for Professor Maurizio Prato’s review of their new work.

What attracted you to science and how did you get to where you are now?
I developed an interest very early on, at age 8-9 while at primary school, when I started collecting minerals together with some classmates, then trying to play the little chemist. I was fortunate enough to benefit from an inspiring teacher who introduced us to gems, crystals, and other beauties in “Earth’s casket”, and also to grow up in a region abundant with different minerals, between the Isle of Elba and the “metal-rich hills” in Tuscany. A colleague of my father had a wonderful mineral collection, and I remember going on a few mineral-hunting trips with them. It really gave me a thrill.

By age 13 I was sure I wanted to be a scientist and that I would study science at University. However, to keep my horizons wide open I decided for a “humanities” high-school (Liceo Classico), where for a fortunate coincidence I had fantastic science and math teachers who reinforced my love for these disciplines. At University it was hard to decide between my love for Physics, and that for Electronics, since the second had the fashionable fascination of understanding and designing “artificial thinking machines”. I went for Electronics in the end, as I also thought it would provide better career prospects (!). I always kept my plan of studies very close to physics however, and also took a solid-state physics exam in the Physics faculty for example.

I remember the first few years at Pisa as some of the most exciting times of my life. The new worlds opened up by the study of calculus, linear algebra and quantum mechanics left me in awe, and it is probably then that I have matured my final resolution to become a researcher. During the following years I was interested mostly by the physics and technology of electronic devices, and chose a final-year project on conjugated polymers which then led me straight into a PhD devoted to “new materials for solid state electronics”. During this I had a chance to work at Cambridge, under the supervision of Richard Friend. The first few months in Cambridge constituted again a thrilling and exhilarating event for the amount and quality of learning and qualifying experiences. In 2001 I moved to UCL, where plans for the London Centre for Nanotechnology were underway, as I thought this would also become a thriving leader of science and innovation at the forefront of the knowledge frontiers: nanoscience and nanotechnology, as it indeed happened.

What (or who) have been your biggest influences or motivation?
Several very inspiring teachers, starting with my father, who introduced me to electrons, protons and the marvels of radio, and continuing with a wonderful stream of educators, including teachers of Italian, who had a reverential admiration for mathematics, and did not fail to encourage my inclinations towards science. At high school I had a fantastic maths teacher, who managed to treat some topics at University level (despite having only one hour a week!), and that enthused us with extremely hard and tremendously rewarding problems. Our science teacher had been prospecting for oil earlier on in life, and he gave us wonderfully rich insights and glimpses of what a researcher life might be like, while at the same time giving us a joyful learning experience thanks to his great ability to make complicated things easy to understand.

My greatest motivation in life has always been trying to understand how “things” (including immaterial ones) work and have enjoyed the sense of surprise when unearthing something I could not have suspected of. That really gives me the kick: realising that things are not at all as I might have (naively) thought, but that there is a lot more to trivial appearances.

What would you have done if you had not taken this career path?

Who knows? There are so many “non-linearities” and “bifurcation points” in life that is impossible to say. A sailing instructor or a skipper, perhaps, if I had followed on the sailing experiences of my youth, or a trader of some kind. I must admit I am attracted by the adrenaline that must flow in the lives of stock-traders.

What motivated you to choose a career in academia instead of industry?
Freedom is the answer. Of course we do experience constraints in academia as well, but what I love is that at least in principle I have the choice of working on nearly any topic I like and for which I have the appropriate cultural and intellectual tools. Freedom also means the possibility to invest my time in studying of course, rather than being obliged to follow the pace of product development or launch as presumably one is constrained to do in industry.

What got you interested in functional supramolecular architectures as a subject? How did you develop your current research interests?
It has been a gradual and progressive learning curve. When I started to work on conjugated polymers I had a chance to interact with leading synthetic chemists exploring intriguing main-chain and side-chain modifications and functionalisations, but it was not until I came across rotaxanes, while developing a collaboration with Harry Anderson at Oxford, that I discovered the world of supramolecular chemistry and related architectures.

As it happens we were also collaborating with Paolo Samorì, who at the time was just joining ISIS, under the directorship of Professor Lehn. It was another eye-opening experience on a world which I immediately felt held tremendous potential for control of the solid-state properties of materials, and thus of topical interest for functional materials and devices. My interest is directed in particular at understanding how the relevant properties (luminescence efficiency, charge transport mobility, exciton nature and fate) can be controlled by a certain supramolecular architecture. I find the tool of supramolecular chemistry particularly powerful as it is in principle the only one allowing bridging the science and technology of the nanoscale to the one of the meso, micro and macroscale.

How does this work fit into a wider scientific/general context? What inspired you to write your most-recent book, Functional Supramolecular Architectures for Organic Electronics and Nanotechnology?
This book provide a rich, timely, and inspiring reference for the neophyte, as well for the experienced researcher, which should be able to use it to stay abreast of the field, as well as to generate ideas to develop further. The inspiration for the book came upon the realisation of how large the interest for the area was. After starting to work on supramolecular architectures we quickly discovered a huge and quickly-growing community of colleagues from diverse disciplines and also interested on devices. After organising a few conferences, special issues, and European Research Networks on the general theme of functional supramolecular structures, we thought that a book would provide a much needed reference point which would condense in a relatively synthetic and easy-to-consult form, the body of knowledge being unearthed by the “supramolecular community”. The book allows the reader to find monographic chapters treating a particular sub-topic at length, without having to collect several papers from different sources, and with the added benefit of a “harmonised” structure with no repetition of introductory or experimental details. We hope that in this way the reader will get a deeper insight, by being able to concentrate more on the evolution of the thinking, and thus more easily take things forward, thanks also to the book format, that enables the authors to be more imaginative and visionary about the future prospects.

What influence do you believe your work will have?
This is a hard one again, both because experience has shown that it is very easy to get it wrong when making this type of predictions, and because it is easy to get carried away. I do hope the book will provide a good reference for a wide variety of scientists, and thus foster inter- and multi-disciplinarity for the young researchers that are starting in an area which is related to supramolecular science. We have included several sub-areas, from synthetic chemistry, to molecular design, to devices, to properties, and techniques to investigate them, to make it interesting for scientists with different backgrounds. I like to think that in addition to the young researchers also the experienced ones will read it, perhaps before going to bed, to find out what is happening in the neighbouring areas, and wake up in the morning with some cracking new ideas, as it is well known that the best inventions are generated at the interface between disciplines and after a good sleep!

What do you enjoy most about your work?
In addition to intellectual freedom, which I have mentioned already, the rigour of science, and the chance to interact with some amazingly interesting colleagues, students and young fellows.

What do you see as the biggest challenges facing the scientific community?
Achieving sustainability across the spectrum of human activities is an easy answer of course, but as a community we need to look at challenges at several levels, not only at the scientific-technical one. Getting society at large and politics in particular involved should rank very highly on the list of priorities. The current trend of draconian cuts to research funding in some European countries is concerning, as it will inevitably lead to a decline of Europe’s ability to compete on a global scale.

The image that the scientific community is projecting as a leader and prerequisite of innovation clearly needs to be strengthened and communicated deeper within society, and especially to those in the “driving seats”. One of the challenges is thus to favour a larger proportion of political leaders to have a more solid scientific background than what is currently happening.

What do you see as the rewards and outcomes of solving such challenges?
A “more balanced society”, where increased knowledge is put to the benefit of everyone to provide better living conditions, more empowerment, and longer lives, with the potential risks of new discoveries appropriately understood and managed.

What do you think are the greatest challenges facing scientists at the moment?
Providing enough energy and clean water for the globe. Interestingly, organic and supramolecular semiconductors are being intensively investigated as active materials in cheap, large-area solar cells, as described in part 7, chapters 25 to 28 of our book.

What is your biggest passion outside of science?
My family of course!

What’s the coolest thing you’ve ever discovered?
That I could survive even in the British climate … definitely cooler than I was used to!

Finally, what should scientists aspire to?
Be open-minded while rigorous, and happy!