The ability to electrically control magnetism in a gate dielectric is demonstrated by physicists at North Carolina State University. 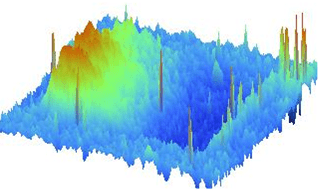 Graphene is a single atomic layer of carbon atoms arranged similarly to the graphite in pencils. Its unique two-dimensional structure gives it an ultrahigh charge carrier mobility that is attractive for high speed communications circuits. In addition, since carbon is a very light element, the magnetic properties, or “spin”, of charge carriers in a circuit can be maintained as they move over large distances. This makes graphene a prime candidate material in the field of “spintronics”.

Figure 1. Schematic depiction of a spin-FET where the spin of carriers in a graphene channel (black) is manipulated by interaction with a magnetoelectric (ME) gate (green).

But there is a catch: The same properties of graphene that allow spins to transport without disruption also make it difficult to manipulate spins in circuits when needed. This manipulation is a key feature of a hypothetical device called a graphene spin field effect transistor (spin-FET, Figure 1). Recent work led by physicists at North Carolina State University (NCSU) has demonstrated that simple oxide films integrated with graphene can overcome this barrier by allowing high fidelity electrical control of magnetic interactions with the charges in graphene. In a Rapid Research Letter in Physica Status Solidi, Stuart et al. report on the creation of films of the classic magnetoelectric oxide Cr2O3 on top of graphene and graphite substrates. 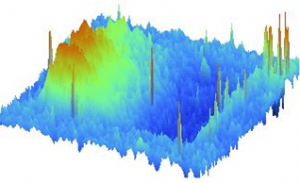 Figure 2. 3D rendering of a magnetic force microscope image of an electrically written gradient in a Cr2O3 film on graphite.

To characterize the suitability of such films for spin-FET gating, the team developed a “magnetoelectric” writing procedure where a charged conducting atomic force microscope tip is used to write an arbitrary and continuous pattern in the film with an electrostatic field. Subsequent magnetic force microscope observations show that the pattern written is also magnetic (Figure 2). This is the crucial missing piece in a graphene spin-FET: the ability to electrically control magnetism in a gate dielectric. The simplicity of the chromium oxide material explored by the NCSU team suggests that prototype spin-FETs made from graphene are achievable in the near future.

The text is kindly provided by Sean Stuart and Daniel Dougherty