Polymerization‐induced self‐assembly (PISA) has become increasingly popular over the last decade. Macromolecular Rapid Communications has dedicated a special issue to this exciting field. 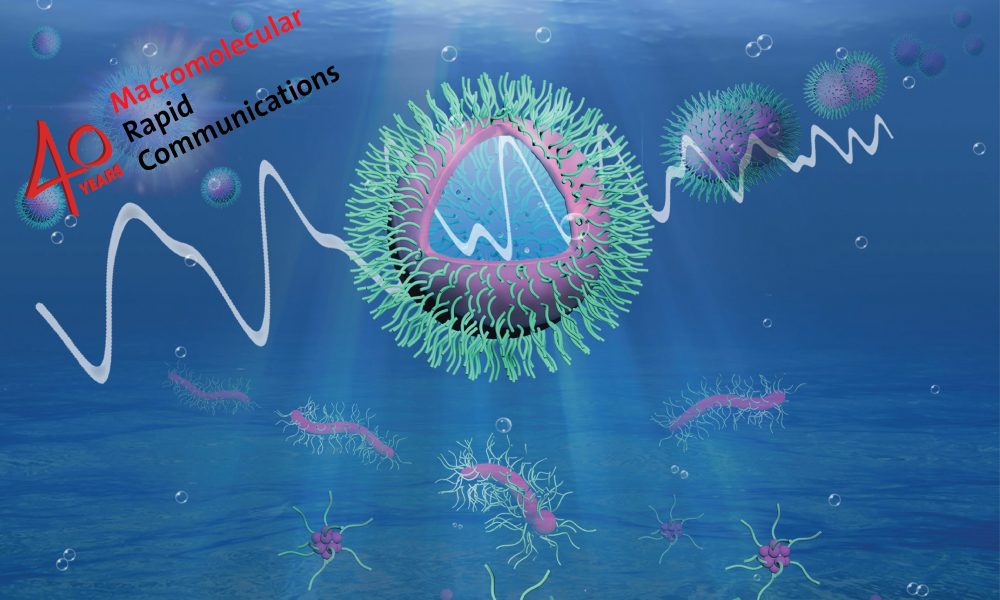 It has always been a goal in synthetic polymer chemistry to develop routes allowing the production of block copolymer nano‐objects reproducibly and on a large scale. Polymerization‐induced self‐assembly (PISA) is an approach that takes advantage of the chain‐end reactivity of solvophilic macromolecules for the polymerization of a second monomer. The growth of the second block, insoluble in the polymerization medium, leads to the formation of block copolymers that self‐assemble into nanoparticles. PISA can be performed in emulsion polymerization conditions, in which the monomers are insoluble, or in dispersion polymerization conditions, in which the monomers are soluble. Under optimized conditions, PISA can directly produce self‐assembled morphologies (spheres, rods, fibers, vesicles) at very high solids contents and with reduced experimental effort. 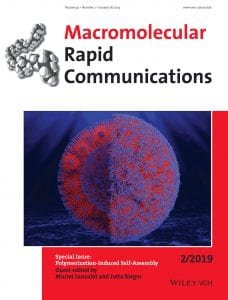 Developed in 2002, but not named “polymerization‐induced self‐assembly” at that time, PISA has become very popular over the last decade. The success of PISA can be explained by the ease and versatility of the method, applicable to almost any kind of monomers polymerized in organic solvents or aqueous media, and of course by the wide variety of systems it gives access to, especially in terms of particle composition, morphology, and functionality.

Macromolecular Rapid Communications has dedicated a special issue to the different aspects of this fast developing field, guest-edited by Muriel Lansalot and Jutta Rieger.

The following review articles will be available for free for a limited time:

Polymerization‐Induced Self‐Assembly of Functionalized Block Copolymer Nanoparticles and Their Application in Drug Delivery by Cai‐Yuan Pan and co-workers.

New Insights into RAFT Dispersion Polymerization‐Induced Self‐Assembly: From Monomer Library, Morphological Control, and Stability to Driving Forces by Zesheng An and co-workers.