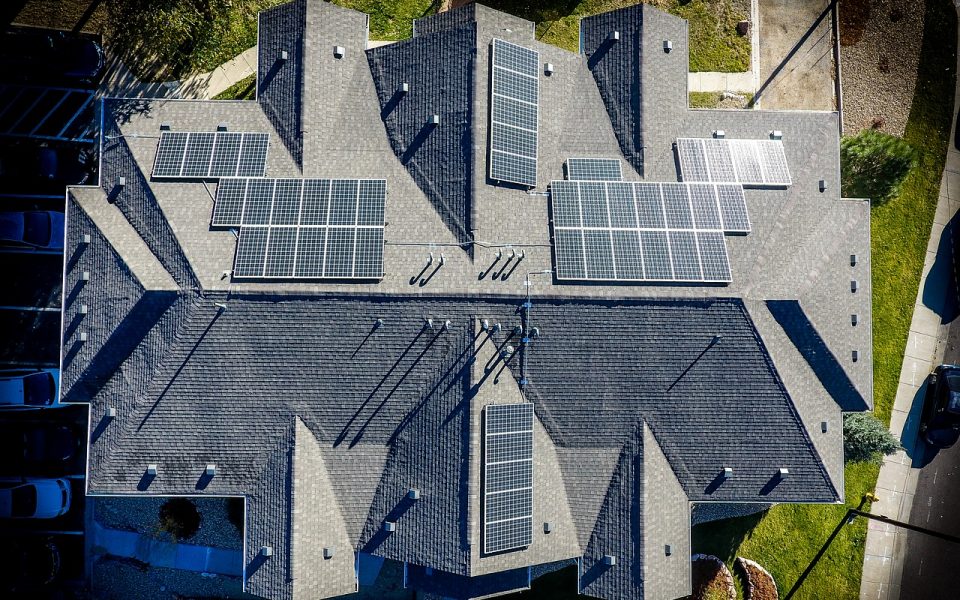 All Printable Perovskite Solar Modules: PCE of 6% at A4-size!

Perovskite solar cells have received much attention in the last years. Many researchers work towards maximizing the efficiency of the resulting solar cells.

Whilst the efficiency slowly rises above 25% far less attention is given to large-scale production of the solar cells, which is important when perovskite solar panels will become commercially available. Typically, the high-efficiency cells are made in the lab on a small scale and in low amounts. 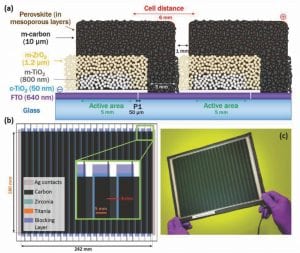 a) Cross-section schematics of adjacent cells in the module. b) Module schematics, showing the different overlapping layers. c) Photo of a resulting module (click to enlarge).

In Advanced Materials Technologies, a team of researchers lead by Prof. Trystan M. Watson have reported on all large-scale printable perovskite solar modules.

The perovskite solar cells were based on an all printable mesoporous stack, made of overlapping titania, zirconia, and carbon layers. The promising device architecture and outstanding stability of the materials resulted in the low-cost manufacturing of the solar cells on larger areas. The authors used screen printing as depositing method to prepare modules with 198 cm2 active area delivering a power conversion up to 6%. Furthermore, these modules remained their high PCEs even after storing for two month after fabrication.

The authors believe that these results represent an important breakthrough on the road to mass production and commercialization.