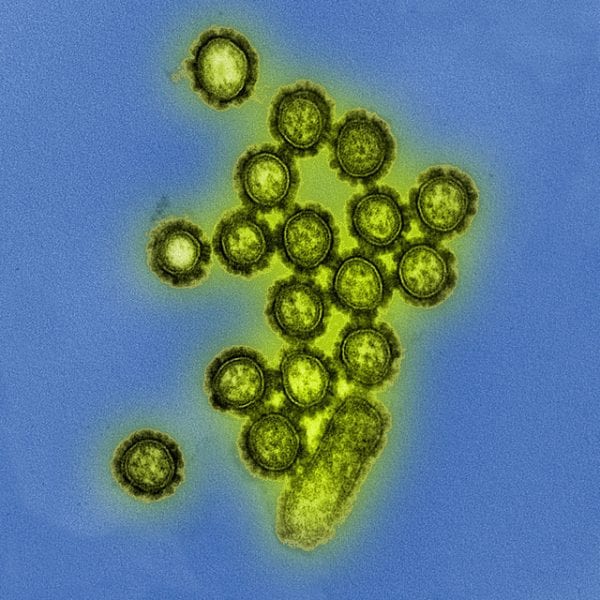 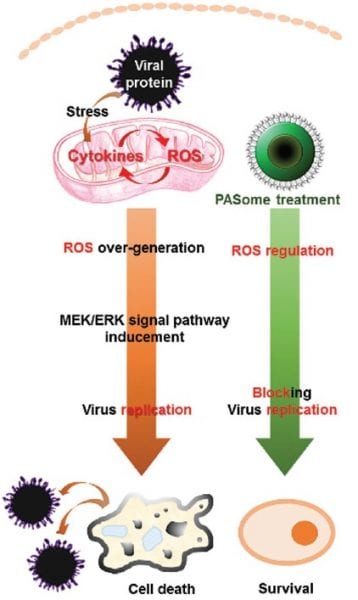 It’s that time of year again. As people in the northern hemisphere start lining up for their annual flu shots, new hope is offered against this deadly virus.

The unique ability of influenza to adapt and to jump across multiple host species puts it in a good position to cause pandemics, making it an important target for antiviral research. Current antiviral agents attack influenza by interfering with one of the steps in its cycle of infection and replication, either by preventing the virus particle from equalizing the pH between itself and the host endosome, meaning that it can’t release its harmful contents, or by blocking the release of daughter virus cells from the infected host.

With resistance to both mechanisms looming on the horizon, researchers from Yonsei University and Korea University, Korea, and the Stanford University School of Medicine, USA, have turned instead to the role of reactive oxygen species (ROS) in influenza infection. ROS levels are raised in cells during viral infection, allowing the virus to exploit a particular pathway of the host cell known as the MEK (mitogen-activated protein kinase kinase)/ERK (extracellular signal-regulated kinase) cascade to promote its own proliferation. The ability to control ROS levels should therefore provide an advantage in the fight against influenza, and indeed the use of antioxidants has already shown some promise toward this goal.

Viruses, however, aren’t the only things making use of ROS. The immune system itself produces ROS when an attack is detected, and further ROS form part of normal cell metabolism. Liberal use of inhibitors could therefore dangerously interfere with important biological functions.

Seeking a balance between stopping the virus and stopping the person, these researchers created different types of self-assembled nanoregulators – nanoparticle ROS regulators – from water-soluble and biocompatible polymeric nanoparticles. The activities of these antiviral agents were then tested in kidney cells and compared to positive and negative controls, to each other, and to one known ROS activator and one inhibitor. They were able to demonstrate a decrease in MEK5 signaling and the inhibition of viral propagation for all three influenza A subtypes used in the tests (H1N1, H3N2, and H9N2), leading to a higher cell survival rate.

With some additional work, the researchers think that this strategy could be more generally employed to fight other viruses. See why by examining the details of their Full Paper in Small.