A new approach to the development of functional and biocompatible coatings for titanium metal implants aims to reduce their failure rates by altering the nano-morphology of the surface. 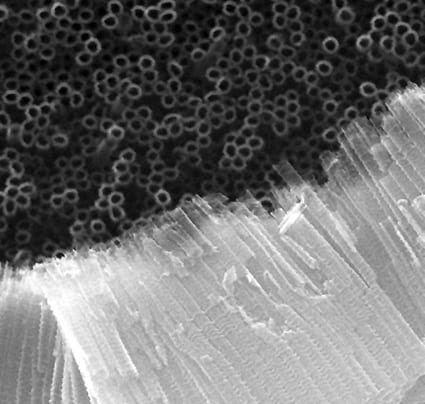 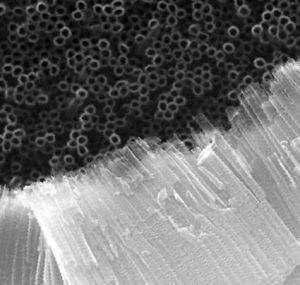 The nanomorphology of the nanotubular structures synthesized through the plasma gas discharge technique closely mimics the surface topography of bone, similarity which represents a major need for implant surface coatings.

Titanium and its oxide TiO2 attract great interest as they can improve the bioactivity of traditional orthopedic implantable devices. The thin native oxide TiO2 is thermodynamically and chemically very stable. A high strength:weight ratio, good biocompatibility, and biological inertness make it one of the most commonly used orthopedic materials. Compared to other commonly used metallic materials it has a much lower elastic modulus and thus reducing the extent of stress shielding of the bone.

But unfortunately there is a problem that cannot be ignored. Integration failures into the bone structures can occur due to the lack of interface interactions between the oxide layer of the implant and the bone host tissue.

Considerable efforts have been made to improve the surface properties of TiO2 implants. Osteoblastic cells have shown good proliferation on implant surfaces coated with biological molecules and exposed to electrochemical treatments. Approaches such as thermal oxidation, anodization, and sol–gel techniques have shown to minimize corrosion and maximize biocompatibility in TiO2 implants, and improving cellular proliferation.

With the aim to find an appropriate solution to increase interface interaction, the UALR Nanotechnology Center of the University of Arkansas at Little Rock collaborated with the Arkansas State University, the ASRC Aerospace Corporation, the Arkansas Tech University and the San Jose State University. In order to improve osseointegration of such implants they conducted a comprehensive study. The researchers synthesized nanotubular TiO2 arrays by electrochemical anodization and treated them with plasma under O2, N2, O2+N2, and He gaseous environments.

Plasma treatment is known to be one of the most versatile techniques in surface modification. Surface chemistry can be tailored by varying the different operational parameters involved in the process. The researchers studied the biologically induced responses and the proliferation of mouse osteoblastic cells over the TiO2 nanotubular arrays. The nanomorphology of the nanotubular structures closely mimics the surface topography of bone, similarity which represents a major need for implant surface coatings.

The results of the comprehensive study indicate clearly that plasma treated surfaces induced a significantly higher cellular proliferation. Plasma treatment also caused an increase in surface energy which further promotes cell adhesion. However, the best results were obtained by the researchers using a combination of oxygen and nitrogen plasma.

Energy generated in the blink of an eye
Leveraging our gut bacteria to treat depression
Biodegradable masks could help curb the rise in plastic waste
Do masks really hinder emotional recognition?