On 26 October 2019, the materials research community was shaken by the sad news that Emeritus Professor Elazar Gutmanas succumbed to severe injuries inflicted by a tragic accident during an experiment he was conducting in his laboratory at the Technion – Israel Institute of Technology in Haifa. The loss of this outstanding scientist and remarkable […] 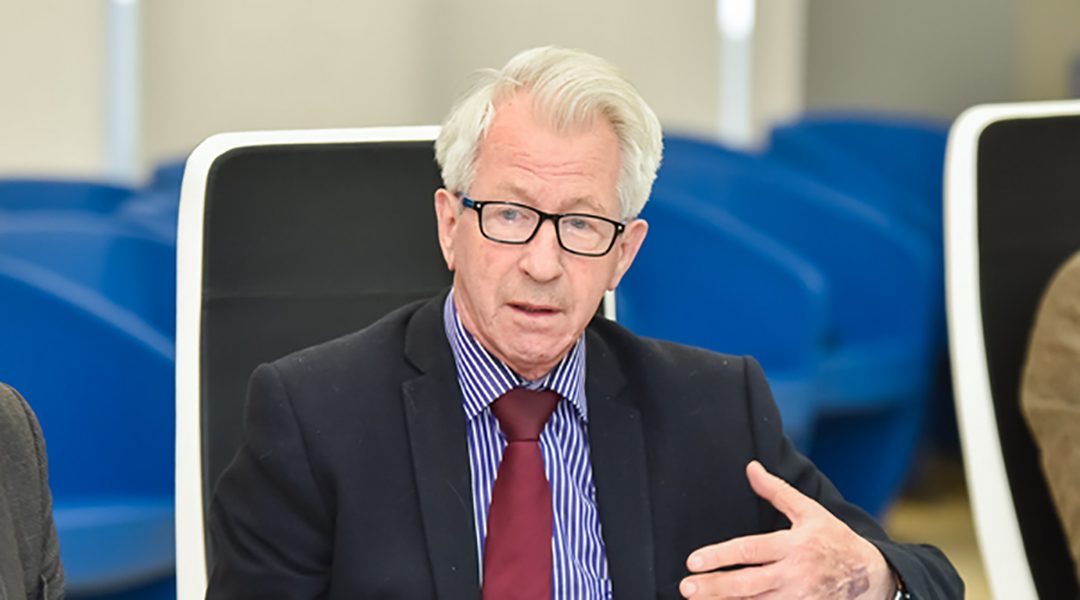 On 26 October 2019, the materials research community was shaken by the sad news that Emeritus Professor Elazar Gutmanas succumbed to severe injuries inflicted by a tragic accident during an experiment he was conducting in his laboratory at the Technion – Israel Institute of Technology in Haifa. The loss of this outstanding scientist and remarkable person leaves a void in our community that can never be filled.

It was the time when studies on dislocation dynamics – the subject of Elazar’s Ph.D. work – were burgeoning. This gave an impetus to his research in the early years of his career that produced a suit of publications on control of mechanical strength through manipulating dislocation mobility. Examples of his research include investigations of the effect of switchable viscous drag on strength and plasticity of superconductors and of illumination-induced variation of the mechanical behavior of semiconductors (the photoplastic effect). This work contributed to our understanding of the effect of physical stimuli on the dislocation mobility and the ensuing mechanical properties of crystalline materials and brought Prof. Gutmanas international recognition.

After immigration to Israel in 1973 and until his tragic death, the life of Elazar Gutmanas was closely connected with the Department of Materials Science and Engineering of the Technion – Israel Institute of Technology. He was a dedicated and incredibly hard-working scientist and his work style and commitment to research became legendary in the Department.

Elazar would spend long hours in his lab at the Technion experimenting tirelessly on synthesis of new materials by innovative powder metallurgy routes which he had devised. His main achievements in the area of material synthesis include the invention of the ‘cold sintering’ technology of powder consolidation at high pressure and ambient temperature, as well as new approaches to self-propagating high-temperature synthesis (SPS). He applied both techniques with great success and tangible practical outcomes.

Another area to which Prof. Gutmanas contributed decisively is that of hard protective coatings. His invention of the method of powder immersion reaction-assisted coatings (PIRAC) is one of the most ground-breaking developments in recent years. He also made seminal contributions to design of novel metallic materials for permanent and biodegradable medical implants and to promoting their use in clinical practice and was an international authority in this research area.

Professor Gutmanas was a key collaborator in many international programs. His membership in the International Scientific Councils of two leading universities in Russia (National University of Science and Technology “MISIS” in Moscow and Tomsk Polytechnic University) deserves a special mention, as it gave him the opportunity to reconnect with his former colleagues and to help engaging them and the young generation of Russian scientists and students in the mainstream international research.

It is hard to believe that Elazar is no longer with us, but perhaps it is symbolic that the cause of his death was an experiment he was conducting. He died while serving science – the essence and inspiration of his life.

We extend our condolences to Ella, our dear friend and the wife of Professor Gutmanas, to his sons Yehuda, Itamar, and Amos, and to their families.