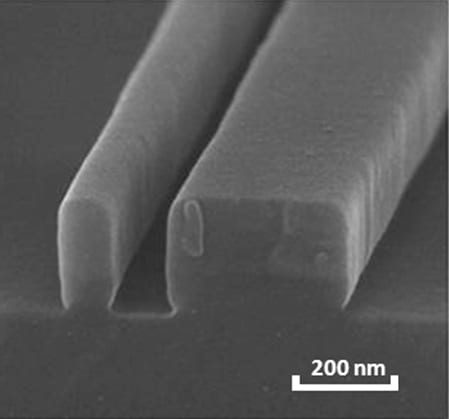 All-optical signal processing (AOSP) is recognized to be an extremely promising future communications systems with significantly increased operational bandwidth. Successful development of organic materials suitable for silicon-organic hybrid (SOH) devices with large nonlinearities and small optical losses in the operation wavelength is one the key factors in making such a system a success.

Now, new work from an American research team describes a novel and general material design approach to improve the optical quality of guest-host films of polymethines at high number density in amorphous polycarbonate by modifying the structure of the counterions of polymethine salts. The |c(3)| values of these guest-host blend films were found to be three times larger than that of silicon at 1550 nm, while the b values exceeded that of gallium arsenide at the same wavelength.

Integration of these highly nonlinear materials in SOH waveguides has enabled observation of four-wave mixing wavelength conversion and two-photon absorption based optical power modulation, suggesting that such guest-host materials may be attractive candidates for all-optical signal processing applications.