Natural polymers- based nanoparticles are widely used for biomedical purposes as they are highly biocompatible and biodegradable. Yet potential unexpected side effects have to be taken into account. 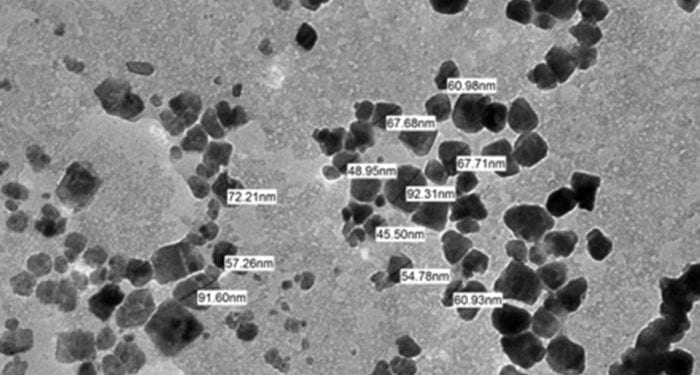 The application of starch-based materials can be found in a variety of different biomedical fields, such as tissue engineering, food packaging and drug delivery. However, starch- and non-starch carbohydrate-based materials are also investigated for their immunomodulatory characteristics. This is critical as, on one hand, an undesired reaction of the immune system might lead to severe complications, while, on the other, immunostimulatory activities can also have a supporting effect, for example in vaccines. Carbohydrate-based nanoparticle induced immune responses can be extremely different, which is, among other things, dependent on their source. Monocytes belong to the innate part of the immune system. They act by destroying foreign substances through specific enzymatic reactions, which also includes the attraction and activation of other immune system components.

With this in mind, Francesca Gatto et al. have published an important study on the activation of monocytes by starch-based nanoparticles. Starches were extracted from two different natural sources (two different potatoes), Solanum tuberosum (also known as Negra) and Solanum goniocalyx (also known as Peruanita), and nanoparticles were prepared using a H2SO4 based method. The nanoparticles were characterized and their immunostimulatory effects on TH-P1 monocytic cells were tested. While cell viability was not reduced by either of the particles, Negra particles induced secretion of IL-6, IL-1ß, TNF-a, CCL2, CCL4 and CCL5, THP-1 cell migration as well as expression of the CD16 receptor. As Peruanita particles showed very little effect, although the particle characteristics of the two appeared very similar, the researchers concluded that dissimilarities in the starch material could be responsible for this observation.

The key message from this important study is that the expected non-cytotoxicity of starch-based materials should not generally be taken for granted. Additional tests should be undertaken to validate biocompatibility of carbohydrate-based nanoparticles before biomedical application.