Imitating the Functionality of Neurons 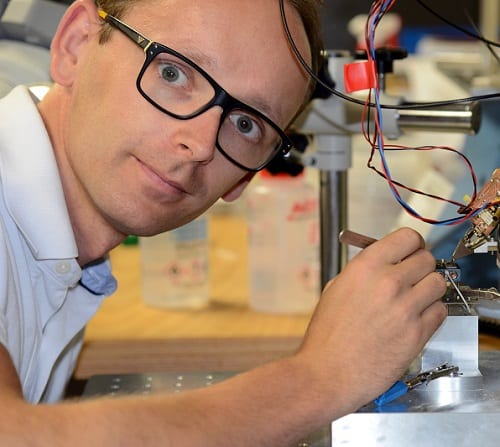 IBM scientists have created randomly spiking neurons using phase-change materials to store and process data. According to the company, this marks a significant step forward in the development of energy-efficient, ultra-dense integrated neuromorphic technologies for applications in cognitive computing.

Inspired by the way the biological brain functions, scientists have theorized for decades that it should be possible to imitate the versatile computational capabilities of large populations of neurons. However, doing so at densities and with a power budget that would be comparable to those seen in biology has been a significant challenge.

“We have been researching phase-change materials for memory applications for over a decade, and our progress in the past 24 months has been remarkable,” said IBM Fellow Evangelos Eleftheriou. “In this period, we have discovered new memory techniques. Now we are demonstrating the powerful capabilities of phase-change-based artificial neurons, which can perform various computational primitives such as data-correlation detection and unsupervised learning at high speeds using very little energy.” 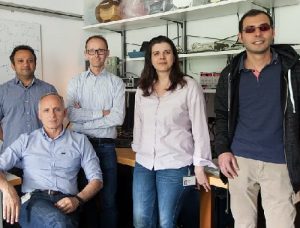 The artificial neurons designed by IBM scientists in Zurich consist of phase-change materials, including germanium antimony telluride, which exhibit two stable states, an amorphous one (without a clearly defined structure) and a crystalline one (with structure). These materials are the basis of re-writable Blu-ray discs. However, the artificial neurons do not store digital information; they are analog, just like the synapses and neurons in our biological brain.

The team applied a series of electrical pulses to the artificial neurons, which resulted in the progressive crystallization of the phase-change material, ultimately causing the neuron to fire. In neuroscience, this function is known as the integrate-and-fire property of biological neurons. This is the foundation for event-based computation and, in principle, is similar to how our brain triggers a response when we touch something hot.

Exploiting this integrate-and-fire property, even a single neuron can be used to detect patterns and discover correlations in real-time streams of event-based data. For example, in the Internet of Things, sensors can collect and analyze volumes of weather data collected at the edge for faster forecasts. The artificial neurons could be used to detect patterns in financial transactions to find discrepancies or use data from social media to discover new cultural trends in real time. Large populations of these high-speed, low-energy nano-scale neurons could also be used in neuromorphic coprocessors with co-located memory and processing units.

The results of this research appeaed in Nature Nanotechnology doi:10.1038/nnano.2016.70