How to Outshine a Quantum Dot 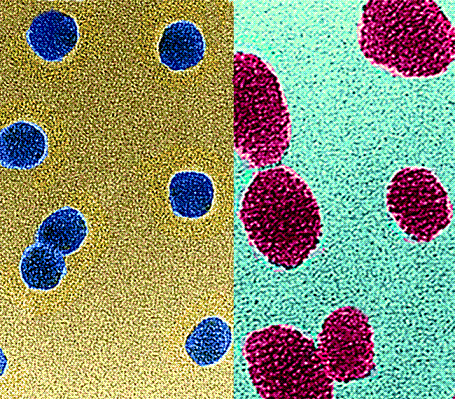 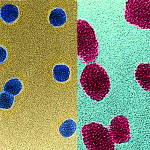 However, quantum dots have their limitations, especially when used for biological applications. They can be instable in aqueous environments and are subject to “blinking” or flickering. But perhaps the greatest drawback is their potential toxicity. They are made from alloys such as cadmium selenide or indium arsenide that could be broken down releasing toxic ions.

On the other hand traditional fluorescent materials such as organic dyes are not as bright as quantum dots and suffer from photo-bleaching. Igor Sokolov and coworkers have used an inorganic silica shield to prevent the photobleaching of organic dyes. Using sol/gel assembly, they trapped the organic dyes inside a silica matrix, creating particles of the size of 20-50 nm. They found that the relative brightness of a single particle is equivalent to that of up to 770 free dye molecules or up to 39 quantum dots. Moreover, the particles were stable for at least 120 days.