How Green Does Your Nanomaterials Garden Grow?

Professor Geoffrey Ozin discusses the safe and responsible development, production, use, transportation, and disposal of nanoparticles in existing or emerging nanotechnologies. 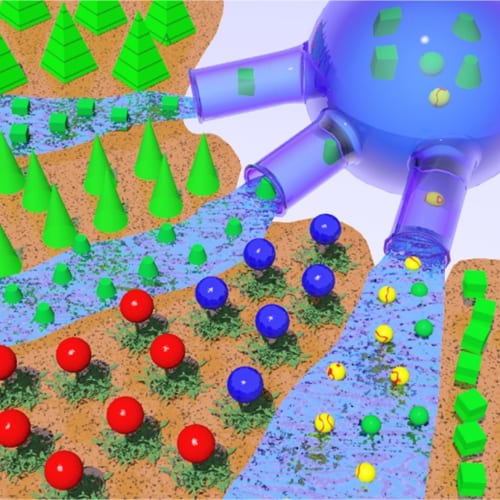 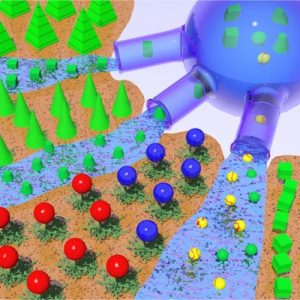 Welcome to one of our guest columns, where active researchers can share their views on topics relevant to materials science. In this Today in Nano guest column, Professor Geoffrey Ozin from the University of Toronto discusses the safe and responsible development, production, use, transportation, and disposal of nanoparticles in existing or emerging nanotechnologies.

More articles from Today in Nano can be found here.

After more than a century of colloid chemistry we only know the single crystal X-ray structure of one nanoparticle, Au102(SR)44!

The atom-precise knowledge of the structure of the gold core and alkanethiolate surface ligands of Au102(SR)44 caused a complete re-evaluation of years of acceptance of how alkanethiolates bind to the surface of gold in both nanoparticle and bulk forms.

The reality is that even though size-selective separations of nanoparticles have recently developed to a high level of sophistication, exemplified by density gradient ultracentrifugation, size exclusion chromatography, gel permeation electrophoresis, and solvent-antisolvent size-selective precipitation techniques, all nanoparticle samples prepared by nanochemistry approaches are polydispersions with a characteristic nanoparticle size distribution. This is complicated even further by the difficulty of controlling the ratio of nanoparticle core atoms to number of capping groups resulting in a heterogeneous distribution of ligands – be they ions, surfactants, polymers or biomolecules – on the nanoparticle surface. This means that, aside from that one example all nanoparticle properties measured and reported to date, whether chemical, physical or biological, refer to an ensemble average.

Unfortunately, this makes the quantitative evaluation of their toxicity, whether in vivo or in vitro, precarious at best as one never can be absolutely sure whether it is a specific size, shape, or surface property of a nanoparticle, a certain group of nanoparticles, or every nanoparticle in an ensemble that is responsible for a positive test result and may therefore pose a health and safety hazard to researchers, manufacturers, and consumers. The same uncertainty applies to the behavior, fate, bioavailabilty, and effects of nanoparticles that escape into the environment.

Currently many major companies and about 1500 spin-off companies around the world are involved in nano R&D and there are now about 600 nano-based products on the market!

In 2005, the International Organization for Standardization (ISO) and the International Electrotechnical Commission (IEC), with 30 collaborating countries, launched initiatives to facilitate the safe and responsible development, production, use, transportation, and disposal of nanoparticles in existing or emerging nanotechnologies.

It is ironic that while nanoparticles are gainfully exploited in nanoscience and nanotechnology and celebrated for their exquisite size, shape, and surface tunable properties, it is precisely these attributes that are potentially problematic in health and safety matters when trying to quantify the toxicity of a polydispersion of nanoparticles, where it is impossible to decide whether it is the size, shape or surface of all, some, one, or none of these nanoparticles that we have to be concerned about.

Could one atom difference in size and shape or disparity of one capping group on the surface for a low abundance nanoparticle in an ensemble of nanoparticles make a difference between being safe or unsafe to human health?

So how do we handle this grand challenge? And I believe it is a “grand” challenge because it is simply not possible to make every nanoparticle polydispersion into a true library of monodispersions, in which every nanoparticle is really single size, single shape, and with a single kind of surface, and only then with detailed studies of the fate, transformation and transport in living organisms and our ecosystem, would it be possible to establish the toxicity of every member of the polydispersion to determine if one, some, all, or none are rogue nanoparticles. Not to mention the possibility that a combination of different particles may exhibit synergistic toxic effects that the individual nanoparticles on their own do not show.

It seems best to approach this problem from two angles. Firstly, like the way we have treated chemicals, to always consider any nanoparticle to be hazardous until proven otherwise and operate according to the ISO and IEC recommendations for safe handling of nanoparticles, and to bear in mind that no matter what has been shown in another laboratory for a nanoparticle with the same chemical formula that some quirk of your synthesis may mean that the nanoparticle polydispersion you create is toxic due to its particular distribution of nanoparticle sizes, shapes, and surfaces. Secondly, we must make the assumption (it may turn out not to be a very good one, but it is the most practical starting point) that there is something to be learnt of nanoparticle toxicity from the toxicity of the corresponding bulk.

With this in mind it makes sense to intensify the global research effort of the nanochemistry community on the synthesis and study of nanoparticles that are purportedly “green”, such as TiO2, ZnO, and Fe2O3, which are targeted for use respectively as nanocrystalline photocatalysts for air and water purification, nanowire piezoelectric nanogenerators for powering mobile, implantable and personal electronic devices, and nanomagnetic agents for medical diagnotics, therapeutics, and imaging, rather than the current overwhelming focus on toxic heavy metal nanoparticles, such as CdTe, PbSe, InAs, and CuInxGa1-xSe2 that are increasingly targeting many consumer products like solar cells, detectors, light-emitting diodes, lasers, sensors, and displays.

The newest collection of “green” nanoparticles to have caught my attention recently and which seem to be most promising candidates in this context are C, Si, Ge, whose appealing energy storage, optical, optoelectronic, photonic and biomedical attributes are gaining much attention, and Bi (known as the new ecologically green metal that is significantly less toxic than other heavy metals) chalcogenides are attracting a lot of interest due to their thermoelectric properties and also because some of them are part of the exotic class of “topological insulators”. And interest is growing in bismuth chalcogenide nanoparticles as contrast agents in medical imaging using X-ray computed tomography where superior image quality is enabled by the high electron density of bismuth-based nanoparticles.

Recent developments on the synthesis, structure, property and function relations, of carbon quantum dots, diamond nanocrystals, graphene nanosheets, silicon and germanium nanocrystals and nanowires, and bismuth sulfide quantum dots and rods, ultrathin wires and plates, have provided a myriad of remarkable observations that speak well for the expanded use of this latest generation of “green” nanoparticles in a number of areas, currently dominated by their toxic heavy metal cousins.
While the same polydispersity criticism can be voiced against these ostensibly “green” nanoparticles it will be interesting to see how “green” they turn out to be from deeply analytical toxicity studies that I anticipate are under active investigation around the world as I write.


So when contemplating growing your nanomaterials garden for pleasure or profit, think, “green”!

Fluorescent nanodiamonds successfully injected into living cells
Magnetically Controlled Microparticles for Soft Robotics [Video]
Taking the sting out of dental procedures with microneedles
Computational electromagnetics: Know your tools for they shape our future