A complementary technique, based on the Holographic Optical Tweezers (HOT) technique, which enables several locations within the same sample to be probed simultaneously, is developed. 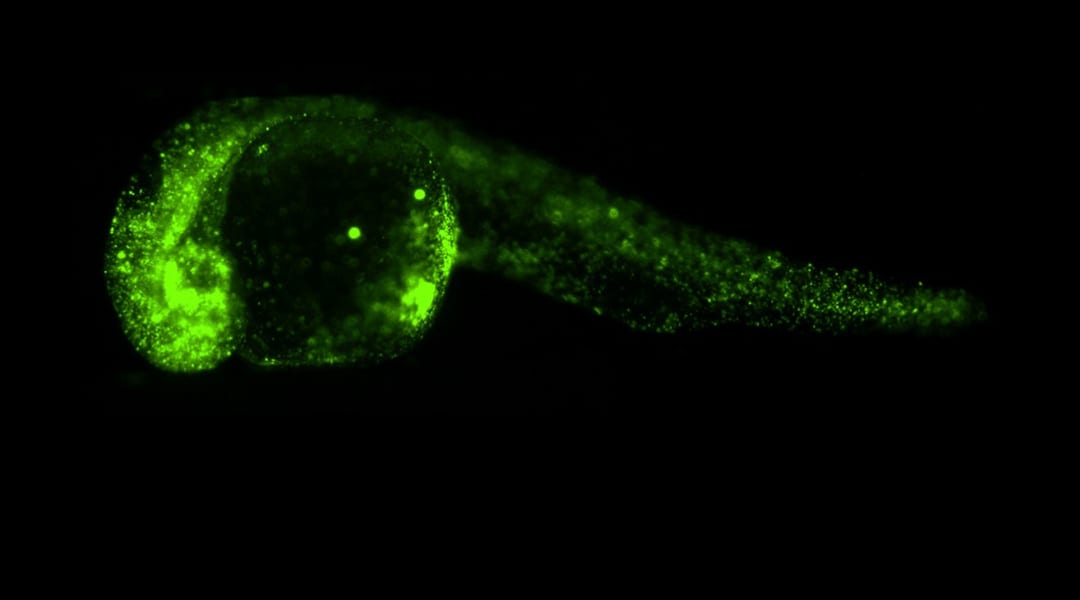 Physical forces control various aspects of cell function ranging from the development of cell shape to the execution of biochemical and genetic programs. Characterizing the forces produced by cells or exerted on cells by the environment is thus critical for understanding a range of events in cell and developmental biology. Several tools such as atomic force microscopy (AFM) and cell traction force microscopy (CTFM) have been established, aiming at quantifying mechanical parameters of the cell. While these techniques were crucial in facilitating investigations in the mechanobiology field, they have not been employed in the physiological context of a living animal, due to the challenges associated with adopting them to the three-dimensional cellular environment. 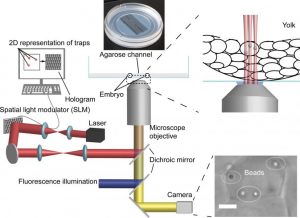 Utilizing light-based methods such as optical tweezers (OTs) are potentially more feasible considering the tissues remain intact and the tweezers are inherently sterile.

How do optical tweezers work? A focused laser beam can trap dielectric particles due to light-induced forces and it is this fact that optical tweezers are based. The particles trapped are typically transparent and their sizes are in the range of the wavelength of the light used in OTs, allowing force measurements. However, while the relatively long time intervals for calibration and conducting such microrheological experiments in vivo are compatible with more static processes, they are not well suited for measurements relevant for rapid biological events.

A team of scientists from the University of Münster in Germany established a complementary technique, based on the Holographic Optical Tweezers (HOT) technique, which enables several locations within the same sample to be probed simultaneously. Their HOT-based procedure allows the characterization of mechanical properties, by positioning and moving beads at multiple locations within and outside of cells, and manipulation of the organelle shape in living embryos during early and more fragile stages of their development.

A big benefit of this technique is that it is non-invasive: it facilitates a dynamic analysis of mechanical properties of cells and tissues without intervening with embryonic development. Therefore, it could be used to manipulate organelle shape and characterize the mechanobiological properties of cells in living zebrafish embryos. Their new HOT-based technique is easily applied for the study of a range of developmental processes in zebrafish, and  establishes a versatile platform for similar investigations in other organisms.

Mimicking the Motions of the Multitalented Octopus
What is the carbon footprint of carbon capture and utilization?
A new biosensor detects COVID-19 antibodies in 10-12 seconds
A foldable and washable luminescent film to better visualize infrared radiation