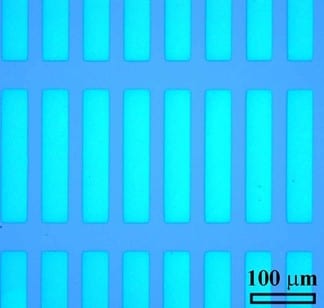 The unique atomic thick two-dimensional structural feature and outstanding electronic properties of graphene-based materials endow them with fertile opportunities as high-performance active electronic materials or as electrodes in the next generation nanoelectronics. The assembly of graphene-based materials to formulated ultrathin films over large area surface in a controllable manner is one of the most indispensable prerequisites to this end. Great progress has been made in this direction, yet there is much to be investigated to produce graphene-based multilayered films with excellent stability such that the formulated films could withstand the multi-step post-production process in the practical applications.

By taking the advantage of the presence of chemically reactive hydroxyl and epoxide groups on the basal plane of graphene oxide (GO), which is a novel cousin of the pristine graphene, Chinese scientists have now shown how to integrate such highly stable graphene-based multilayered film via a novel covalent-based protocol. Using (3-aminopropyl) trimethoxysilane (APTMS), which has chemically reactive amino and alkoxysilane groups at the opposite ends of the molecule, as a cross-linkage, the scientists demonstrated that GO nanosheets could be firmly immobilized on the hydroxylated solid substrates (for examples quartz, silicon or SiO2/Si wafer etc.) in a layer-by-layer (LBL) manner.

In thus-formulated multilayered (APTMS/GO)N films, the GO nanosheets were not simply stuck to but covalently grown on the substrates owing to the chemical reactions of the amino and alkoxysilane groups of APTMS with the epoxy and hydroxyl groups of GO, respectively (see below).

A thermal annealing treatment at an appropriate temperature could lead to the formation of reduced GO (RGO) films, (APTMS/RGO)N, which could retain their basic covalent structural features very well. The results showed that compared with the conventional LBL GO or RGO films constructed via electrostatic interactions, those assembled via the present covalent protocol, could display much higher stability and reproducibility, wherein the former were destroyed significantly upon a 15 minutes’ ultrasonication treatment in water

while the latter could survive themselves very well even when they were ultrasonicated sufficiently for 135 minutes (see graphs on the right, and click to magnify). “The excellent stability of our covalent films might provide new opportunities for their practical applications to withstand multi-step post-production, which is always encountered in practice. ”, say the researchers. As a preliminary example for the potential application of these covalently assembled films, organic field-effect transistors (OFETs) were fabricated by using the (APTMS/RGO)N films as the source/drain electrodes.

The results showed that when the number of bilayers of the (APTMS/RGO)N films exceeded 2 (ca. 2.7 nm), the devices based on the (APTMS/RGO)N electrodes could display much higher electrical performances than that of the devices using 40 nm Au as electrodes. To generalize and expand this covalent approach, the researchers expect that the use of functional cross-link agents with intrinsic advanced physicochemical properties themselves might provide more opportunities not only for the highly stable and high-performance electrode in OFETs, but also for some other issues, for example chemical and biochemical sensors, electrochemical pseudocapacitor, optoelectronics, high efficiency catalysis, etc. The researchers believe that this covalent protocol might help to develop multilayered graphene-based films with more advanced functions.