Hierarchical self-organisation to build from the nanoscale up

Researchers have observed the spontaneous organisation of small molecules into nanovesicles, and then microvesicles. 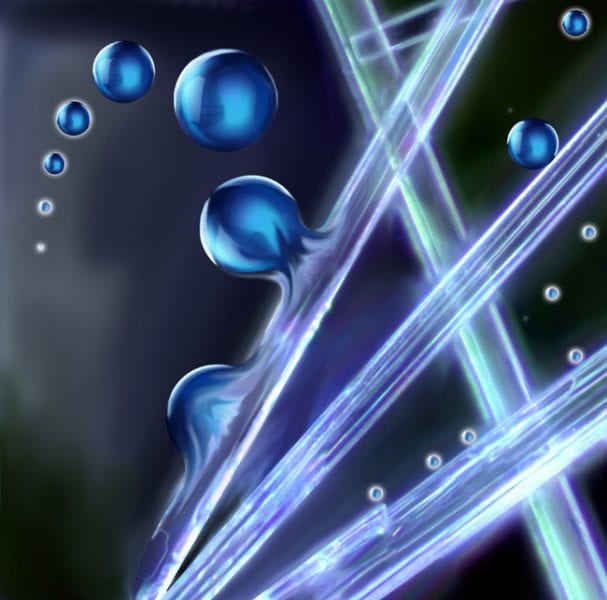 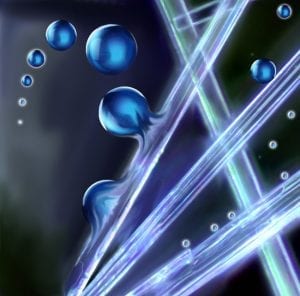 Hierarchical self-organization of molecular building blocks is a promising fabrication concept to create materials in the most straightforward way possible, but also to understand how nature creates its own hierarchical and functional architectures.

Unlike self-assembly of microscopic and mesoscopic structures, which has been the focus of considerable efforts, self-organization phenomena that bridge the gap between the nanoscale and the visible world in a hierarchical fashion have not been observed outside of living systems. Now, new research shows how small molecules such as p-aminothiophenol or p-aminophenyl disulfide added to water with a minor ethanol concentration can spontaneously assemble into nanovesicles, then microvesicles.

This assembly is rapidly followed by a 3-dimensional growth of tree-like tubular structures in a way that closely mimics plant growth. The vesicles walk along the branches and fuse on the sides or at the tips, giving rise to centimeter-long microtubes. Preliminary results show that this mechanism can be used to load the vesicles with the desired macromolecule (proteins, antibodies, antibiotics,..) and to build hybrid microtubes with biological functions.

The simplicity, reversibility, life-like growth and timescale of this phenomenon makes it a promising system to investigate many aspects of supramolecular self-organization. It also opens up new directions towards using vesicles as molecular carriers for the bottom-up fabrication of hybrid and biomimetic functional materials.