Dr Vitaliy Khutoryanskiy of the University of Reading looks back on the career to date of his friend and mentor Prof. Grigoriy A. Mun. 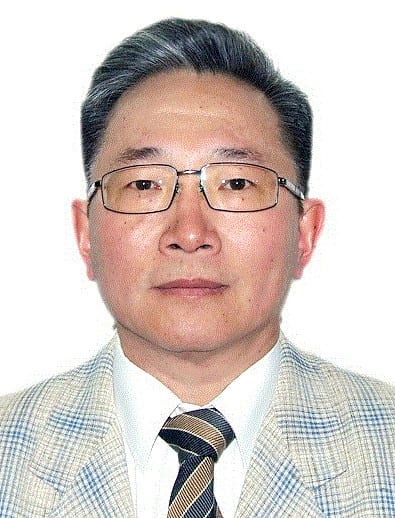 It is my great pleasure and privilege to write this essay on the occasion of Prof Grigoriy A. Mun’s 60th birthday. I have known Prof Mun since I entered the Kazakh State National University as an undergraduate chemistry student in 1992. He was a fantastic PhD supervisor and continues to be my very good friend, a great mentor, and an excellent research collaborator.

Professor Grigoriy Alexeevich Mun was born on 17th March 1954 in Alma-Ata (now Almaty), the former capital of the Kazakh SSR in the Soviet Union. He studied chemistry at Ogarev Mordovia State University, Saransk (Russian Federation) from 1972 until 1977, and then undertook his postgraduate studies at Lomonosov Moscow State University, under the supervision of Prof Vladimir Golubev and Prof Vitaly Zubov, from 1977 to 1980. In 1984 Professor Mun was awarded a Candidate of Chemical Sciences (PhD) for the development of quantitative approaches to study kinetics and mechanism of radical polymerization using electron paramagnetic resonance and spin trap methods. This research has resulted in a number of fundamental papers reporting the use of spin trap methods to establish the mechanisms of different radical addition reactions. Currently these methods are widely used to study elementary processes in polymerization.

In 1988 Grigoriy Mun moved back to Kazakhstan and joined Kazakh State University (now al-Farabi Kazakh National State University) as a postdoctoral researcher, then, in 1989, he became a senior postdoctoral researcher in the Department of Macromolecular Chemistry. During this period his research was performed in collaboration with Prof Z.S. Nurkeeva and was focused on studies of the reactivity of functional vinyl ethers in polymerization and structural features of the polymers formed from these monomers. In 1991 he became a Senior Lecturer and then in 1994 he was promoted to a Docent (Associate Professor). In these years he turned his research interests to the physical chemistry of hydrophilic polymers, and focused on studies of hydrogen-bonded interpolymer complexes and pH/temperature-responsive polymers and hydrogels.

These two research topics have been his main passion for over 20 years. The systematic studies of interpolymer reactions between poly(carboxylic acids) and non-ionic proton-accepting polymers in solutions rationalized these systems by their ability to form complexes and clarified the roles of solution pH and ionic strength, polymer structure and hydrophobic effects, environmental temperature, and solvent nature in the formation and stability of interpolymer complexes. From a practical point of view, these studies established the fundamental principles used to formulate uniform films based on polymeric blends. The studies of stimuli-responsive materials led by Prof Mun have resulted in a novel approach for the synthesis of temperature-responsive polymers exhibiting lower critical solution temperature (LCST) in aqueous media, similar to well-known behavior of poly(N-isopropylacrylamide). This approach involves the copolymerization of hydrophilic monomers such as mono- and di-ethyleneglycol vinyl ethers or 2-hydroxyethylacrylate with relatively hydrophobic ones (vinyl butyl ether, vinyl isobutyl ether, butyl acrylate, 2-hydroxyethylmethacrylate, etc). The copolymers with certain monomer ratios in their structure exhibited LCST in aqueous solutions and this ability could be easily controlled by varying the feed mixture compositions. The three-dimensional networks (hydrogels) prepared using these combinations of monomers displayed a remarkable ability to change their swelling properties in response to changes in temperature. The three-component hydrogels composed of hydrophilic, hydrophobic and ionizable monomers exhibited even more complex dependence of their swelling properties on temperature, with several extreme points.

In 1999 Grigoriy Mun defended his Doctor of Chemical Sciences thesis (Habilitation) entitled “Hydrophilic polymers of vinyl ethers with linear and cross-linked structure and related interpolymer complexes” and in 2003 he became a Full Professor at the Department of Macromolecular Chemistry, al-Farabi Kazakh State University (Kazakhstan). Since then he has actively participated in various international programs, which have resulted in a steady flow of external funding to support research activities at the Department of Macromolecular Chemistry. Using various travel grant schemes from the International Atomic Energy Agency (IAEA) and US Civilian Research and Development Foundation (CRDF), Prof Grigoriy Mun has visited several research institutions such as Purdue University (USA), the Technical University of Lodz (Poland), the University of Lund (Sweden) and Hacettepe University (Turkey) and established new collaborations. These links have resulted in a number of new research topics and collaborative publications, focusing on biomedical polymers, application of ionizing radiation in the synthesis and modification of polymers, and complexes of hydrogels with surfactants, inorganic ions and linear polymers.

In over 30 years of research, Prof Mun has produced more than 500 publications, including about 100 papers published in peer-reviewed journals, 4 monographs, 2 textbooks and 15 patents and patent applications. He has supervised 19 Candidates of Chemical Sciences and PhDs, and continues to contribute to the development of young researchers. He has received numerous awards from al-Farabi Kazakh National University and the governmental organizations of the Republic of Kazakhstan (RK). In 2009 he was elected as a Corresponding Member of the National Engineering Academy (RK) and in 2011 he became a Full Member of this organization. He is a member of the editorial boards of the Eurasian Chemico-Technological Journal and the International Journal of Chemistry and Biology, and is also a member of the RK Supreme Governmental Committee on Research and Technology.

I am sure that the polymer community of Kazakhstan, numerous former and current students, international colleagues, collaborators and friends will join me to congratulate Prof Grigoriy Mun with his 60th birthday and wish him all the best in his further research activities and personal life.