Yury Gogotsi was a chemist from the very beginning. He feels the excitement of scientific discovery, and cannot imagine doing anything else. 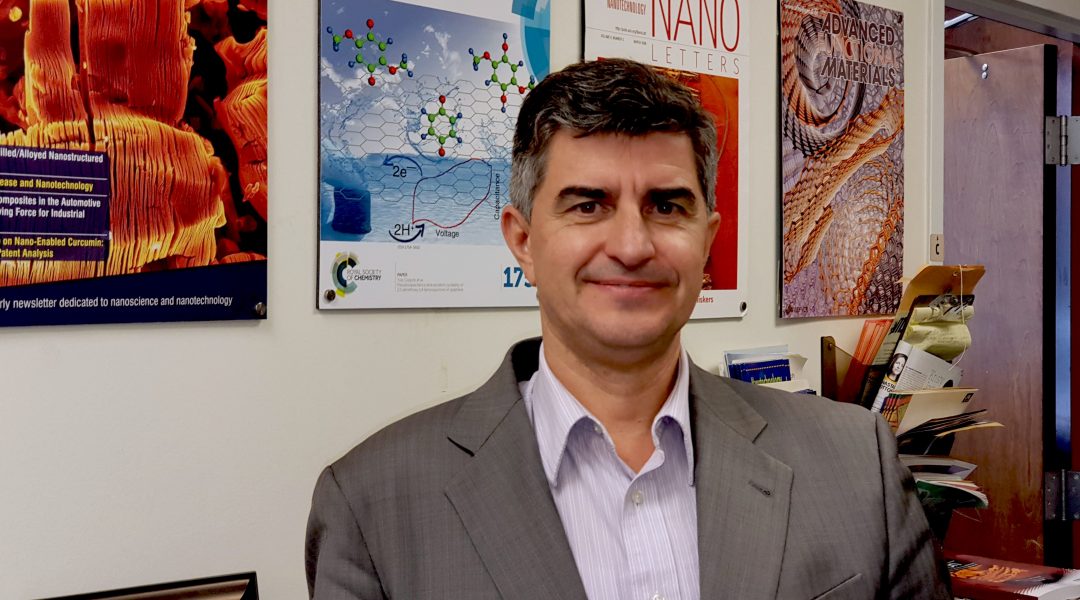 It was love at first sight for Yury Gogotsi. Hooked on chemistry since his earliest high school classes, a young Yury followed his passion into the field of metallurgy, steering toward the synthesis and characterization of new materials to earn a doctorate in physical chemistry from what was then known as Kiev Polytechnic (currently, Igor Sikorsky National Technical University of Ukraine).

Finding a faculty position in the US while working as a post-doc in Europe was one of the greatest challenges of Gogotsi’s career. Eventually, though, patience and hard work paid off, and his earlier studies of non-oxide ceramics and carbon materials set the focus for his own research group at Drexel University, where he currently holds a Charles T. and Ruth M. Bach Distinguished University Professorship in materials science and engineering. Since 2000, his group has been leading advances in our understanding of carbon nanomaterials – including graphene, nanotubes, nanodiamond, and nanoporous carbons – as well as 2D carbides and nitrides (especially MXenes and BN).

Gogotsi feels that the greatest recent step in the field of materials science was the discovery of new 2D materials, the “building blocks of the future”. He is very enthusiastic about the use of nanotechnology to generate “new artificial materials, structures and devices from nanoscale building blocks” and the increased application of “modeling, simulation, and machine learning for solving materials science problems”, though he admits concern regarding the unknown effects that artificial intelligence will have on our future lives. He is also conscious of the energy required for computation and the importance of exploiting renewable resources to develop new technologies – ones that reduce energy consumption. “We need revolutionary discoveries here,” he says. “Evolutionary development won’t be enough.”

A major focus of his group’s work is electrochemical energy storage, and he has produced several seminal works on the topic in collaboration with Patrice Simon (Université Paul Sabatier). Gogotsi points out the many opportunities for international cooperation created since the formation of the EU, the fall of the Soviet empire, and the opening of China, but pauses to question the influence of politics on emerging collaborations. He also believes that universities are not doing enough to support scientific discovery right from the beginning of what he calls the “life-long learning process”, only teaching the dry basics and failing to properly engage students or to help people appreciate the role of science in society.

Science is indeed something that gets into your blood: the failure of others to appreciate the excitement of discovery must be particularly difficult for him to identify with. “I cannot imagine doing anything else,” Gogotsi says of his chosen career. His own advice to students? “There are no dogmas in science – challenge everything.”

Be inspired by MXenes: read the outstanding and freely accessible review of their electronic and optical properties by Hantanasirisakul and Gogotsi in the Advanced Materials Hall of Fame virtual issue, and see how his group is using them for paper-based energy storage.

AI for drug discovery: What can we do?
Faith Osier: “Throw yourself wholeheartedly into what you do”
Wave power could be a major source of renewable energy, but we're not relying on it
Pioneers in Science: Sir Frederick Banting