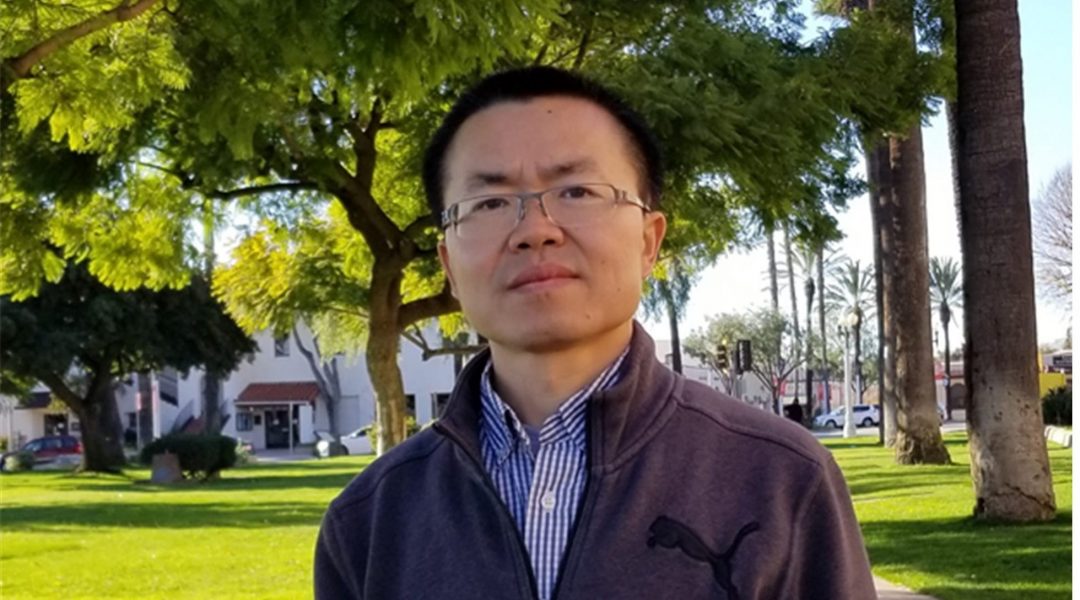 Yadong Yin’s research focuses on developing functional nanostructured materials for a range of different applications that include catalysis, environmental remediation, electronic and photonic devices, as well as separation of biomolecules.

Listed among the Top 100 researchers in both Chemistry and Materials Science for the last decade (2000–2010) by Thomson Reuters, Yadong’s journey through science and research started with his interest in electronics nurtured during his childhood—he shared with us fond memories of his youth from when his parents gave him the task of fixing a radio, becoming immediately fascinated by the “behind-the-curtain” world of miniaturized electronic components.

Looking back, he credits the most influence on his career and thinking to three major advisors: his high school Mathematics teacher and his suggestion to select chemistry as major in college; his Ph.D. supervisor Prof. Younan Xia, who, besides mentoring Yadong on the synthesis and assembly of nanostructures, also positively influenced his logical thinking approach; and Prof. A. Paul Alivastos, his post-doc advisor at UC Berkeley, who instilled in Yadong the ambition for thinking big and aiming high, while every day setting smaller intermediate goals.

All this research experience and advice ultimately led Yadong to his current professor position at the University of California Riverside. Together with his group, he is currently focusing on the development of composite nanomaterials for solar steam generation, while studying soft colloids and their interaction and assembly into functional materials for the design of smart devices and robotics. In his role as advisor, he recognizes the importance of nurturing students and designing research projects that suit their personal attitudes, he states, “There is no one-size-fit-all rule, so every new student is a new challenge for me”.

Along with his research activities, Yadong acknowledges that communication is an important aspect in science. In his view, “research findings contribute to the common wealth of human kind only if they are recorded and disseminated”. However, while the use of computers and the internet represents a clear benefit to this, Yadong warns that the quality of research should always be preserved and should not be negatively impacted by the faster dissemination and access of such information.

When asked more about science, he points to Faraday’s discovery of electricity as the most important of all time, in his opinion, as it set the ground for all the inventions that followed and contributed to the shaping of the modern world and our lives. Concerning modern research achievements, he has been particularly fascinated by the possibility of manipulating memories, which has being explored since 2014 noting that “this allows [for the possibility of] changing the emotional content of memories and turning good memories into bad ones, and vice versa”. The potential of this approach is undeniably huge in treating mental disorders, it however also raises thorny ethical issues that should not be overlooked.

Finally, in his view of the future of research, Yadong mentions metal halide perovskites as one of the most exciting developments in his field, as they represent a new class of materials holding a great promise for a plethora of applications ranging from solar cells, to photodetectors and light emitting diodes. His prediction on which might be one of the “hot topics” in the near future is related to his research activities and the making of new materials where he says “many good ideas are now wasted because of the unsystematic nature of the experiments”, and the inaccuracy of manual operation; it is with this in mind that Yadong foresees the combination of robotics with big data as a powerful tool that will revolutionize the way chemical experiments are carried out.

To learn more about fundamental principles and new developments in the design and fabrication of responsive optical nanomaterials have a look at the review article by Yadong Yin and his collaborator in the Advanced Materials Hall of Fame virtual issue.