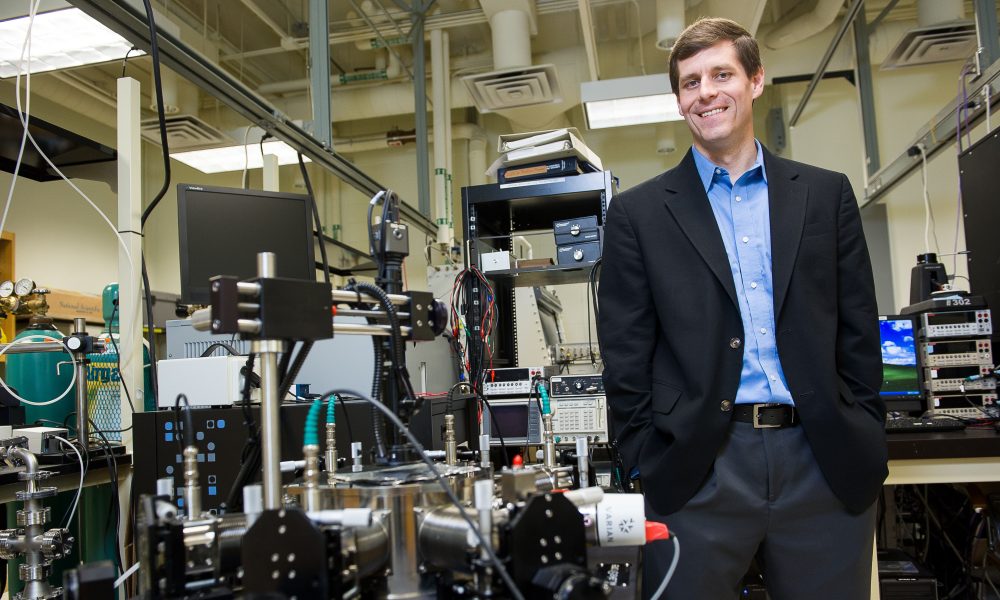 With the growing interest in 2D materials among the scientific community, characterization of them is key. Professor Mark C. Hersam, is a leading researcher in scanning probe microscopy for the analysis and manipulation of nanomaterials at Northwestern University, Illinois, USA.

His interest in the world of the very small is nothing new, as he explains, “I have been interested in science since I was a child, which probably began with the simple optical microscope that I would use to look at microorganisms in water samples that I gathered from the pond near my house.” From the local pond he went on to study at the University of Illinois at Urbana-Campaign (UIUC) and the University of Cambridge, before returning to UIUC for his PhD in electrical engineering.

Away from his strongly STEM background, Hersam has interest in other areas such as sociology and social evolution, citing that the best book he has read recently is Guns, Germs, and Steel: The Fates of Human Societies by Jared Diamond, explaining that he “appreciated how Jared Diamond was able to communicate his academic research in a manner that was accessible to non-experts.”

Particularly in this day and age, the need for science to be easily accessible and understood in the public realm is of great importance, and education can play a major role in this. Asked if there is something he would personally change in the teaching of science, Hersam admits there are no easy answers, but that “it would be great if teaching innovations at the pre-college level could increase the pool of talented students who were interested in pursuing careers in science.” We couldn’t agree more!

The scientific culinary guests Hersam would have dinner with, if he could, would be Albert Einstein, Marie Curie, and John Bardeen, and that they would talk about a range of topics from whether Einstein is still skeptical about quantum mechanics, to what kept Bardeen’s motivation up after winning the Nobel Prize in 1956 for inventing the solid-state transistor.

But perhaps the most topical of the discussions would be asking what Marie Curie thinks of the current representation of women in science, in his own words he would state and then add his question: “In the first ten years of the Nobel Prize, you won both the physics and chemistry prizes.  In the subsequent 100+ years, only 6 other women won the Nobel Prize in physics or chemistry.  What is your reaction to this reality?  What should be done differently to achieve gender balance in the physical sciences?”

For better or worse, attempts to communicate with the dead do not stand up to scientific scrutiny, but no doubt these three great scientists would have a lot to say on these matters if we could somehow ask them.

To learn more about the characterization and control of 2D materials, Hersam himself has written a fantastic review, along with his colleague, in the Advanced Materials Hall of Fame virtual issue.

Sniffer dogs detect COVID-19
The next boost in lithium-ion battery research: Suppressing oxygen evolution
How do you power billions of sensors? By converting waste heat into electricity
Computational electromagnetics: Know your tools for they shape our future